Getting to know Mike The Bike better... 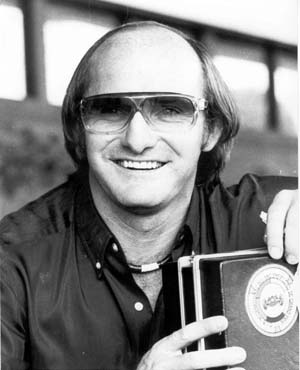 Okay, MIKE HAILWOOD won 14 Isle of Man TT Victories, 9 World Championships, was voted as Motorcyclist of the Millenium, so, how well do you know Mike The Bike?
I recieved a mail from one, Ms. Elizabeth McCarthy with the following text -

"Dear Sir or Madam - I was fascinated by your posting about the Munch bikes. Well done ! I am attaching an article that I wrote about Mike Hailwood which was published in Top Speed magazine a few years ago. I hope you enjoy it as much as I enjoyed your article.
All the very best,
Elizabeth McCarthy"
Elizabeth McCarthy is the author of a wonderful piece of (how do I put it? lets say) experince with the one and only Mike Haliwood, titled "My memories of Mike Hailwood" which was originally published in 2001 and again revised and added on for 8W in January 23, 2004. 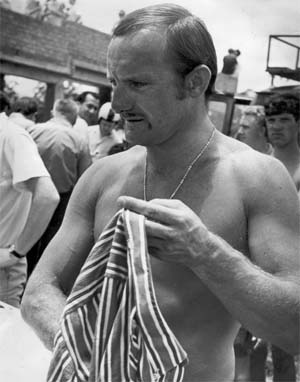 The following article covered the time period starting from 1967, the time when the King was ruling (Check out his victories during that season in Mike Hailwood's Official Website ) to 1975. Although they never married, she was his love for probably the best years of his career, the days when Mike The Bike ruled the Isle of Man.
The whole article is available in the given link here
Its also featured in the official Isle of Man TT website here

Quoting from the article
"As to the predictions:
1 - It was "one of those damn lorries."

Read the article to find out what it meant, but I must tell you, the end of the article is gloomy & moving. None the less, by the ned of the article, you will know the "REAL" Mike Hailwood, legend, king and all.
Photos Courtesy 8W,
You can leave a message at diesel@aol.in