HARLEY DAVIDSON XRTT 750 - The King of the Oval Track 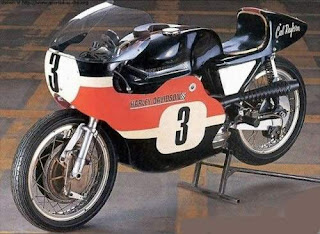 Okay, Confession time. Which type of bike do you really like to ride? While the road naked bikes are the ultimate 'bike' as far as look is concerned with every bone and muscle exposed, the cruiser symbolizes a kind of 'Live Free' attitude and the Cafe Racer, well that is what 'Rebellion' stands for, doesn't it? But... but, I am not talking about bike's attitude, its about which bike is the best to ride? Of course the wind-beating-in-the-chest-cruisers and choppers are mighty bikes which does need a little getting used to in the corners and kind of heavy, aint it? The Cafe Racers and the Superbikes leave your back in a not very likeable position. Road bikes and treet bikes, well some has it, some dont. So what do you think about the Scramblers & Dirt Bikes & Enduros? Think about it! With a light weight, high torque, high handle bars, tall stance and small wheelbase makes it the most enjoyable bike. More over, its controllable, it can go anywhere, climb anything, jump of from quite a good height and lets not even talk about handling and maneuverability. Not even the pin-precision Super sportsbike can be better handlers than Scramblers. The initial surge, wheelies everytime, its just the perfect bike to 'ride'. Okay, okay, you cant put a Cafe Racer and a SBK in a same category, I know that. Neither can you categorize a Scrambler and a Enduro together. But taking the liberty of a personal blog, let's just categorize in a relatively big way. Okay. 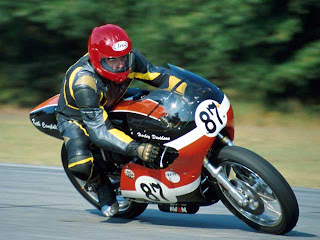 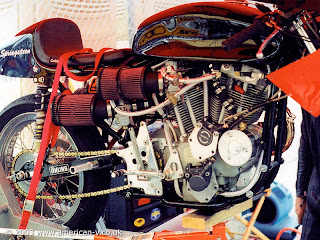 So, and among Scramblers and Dirt Bikes and Enduros, which bike is the best, you now the king-of-king types? Beside the obvious class leading BMW and KTM bikes, the one off Triumph Scrambler, the Ducati Hypermotard and Aprilia Tuareg series, the hugely successful Dominator and Transcalp from Honda and the DT, RM & KL series from Yamaha, Suzuki and Kawasaki (phew! quite a collection, but) not many more bikes are mentionable or comes to the mind, does it?
Now on the other spectrum, one normally doesn’t associate HD with fast bikes, it’s more of a leisure or lifestyle biking. Of course the V-Rod has changes that perception, but long before the V-Rod came, HD was always into concept and special edition bikes... wait a minute, how do you figure a HD in a topic based on Scrambler? As i was saying, among the many concept and specialized bikes from HD, one bike is this XRTT 750. As the name suggests, it’s a TT Road Racer. But then, it was and is an icon of racing. And a certain Late Great Mr. Cal Rayborn has a lot to do with its name as he was the one who raced this TT to several victories. HD, racing, Scrambler, where is this all heading into?
Exactly, HD has probably and most of us will agree, built the greatest Scrambler bike ever. It was the Harley Davidson XRTT 750. 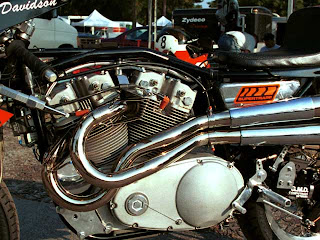 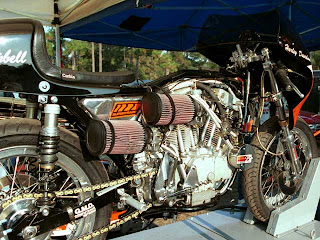 History Session! The first XRTTs with cast iron heads and barrels were introduced in 1972. Still under the guidance of Walt Faulk, who tuned the bike, Mr. Rayborn won three of six 1972 Anglo-American Match Races. Later, Harley designer Pieter Zylstra helped HD re-launched the XR with a motor featuring twin carburetors, alloy heads and alloy barrels, retaining the original 45-degree angle, two-valve pushrod configuration. The new motor produced 73 bhp straight revving up to 8200 rpm. This machine went on to dominate American flat track racing. AMA is the national committee for street racing, Short Track and Halfmile Mile Dirt Track. Harley-Davidson has had success more than 15 years with the legendary KR. The original KR 750 model Harley Flathead was the actual base of the XRTT, It wont be wrong, in fact, it would be wise to consider this series along with the Honda NSR 500 and the Ducati 916. The XRTT was the king on the oval dirt tracks and still is…. Only around 20 were ever built and majority were lost to races while a few are being showcased in museums. It is estimated that they would be valued around $125,000 in today’s market!
Now, a certain gentleman by the name of Keith Campbell is kepping the tradition of XRTT 750 alive with his company, Hourglass Racing. Keith Campbell is a car dealer from Georgia, US and is also a bike racer. he has 3 XRs which are tuned by Carl Patrick in Ohio who is considered to be the world’s best XR tuner. meet the entire team here. 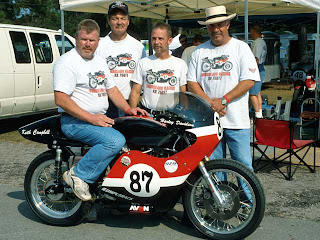 Lookwise, of course it looks like a TT bike with Avon racing tires, huge air filters to protect the motor, big tank sitting on top of the V-Twin’s cylinders and the high-backed seat. Well actually, it didn’t look like a TT bike, right! TT bikes are meant to be slim like a Triumph triple, which was the Harley’s most direct opposition at the time. And although it also outweighed the Triumph, the performance was something to die for! HD are known for their ‘potato-potato’ bark, but the XR was ultra smooth. But it heavily missed its 5th clog. What made up for the lack of the extra gear was the smooth handling, which is perhaps the most important factor in these types of racing. A short 54-inch wheelbase and a steering head angle of 24 degrees makes it a very capable handler and very nimble at corners. Stopping comes via the 4ls Ceriani front brake. Keith Campbell is still racing the XRs and the speed recorded at Daytona on "Banking" reported a good 260 kmph. It is said that the last machine sold in the States two years ago went for $174000! 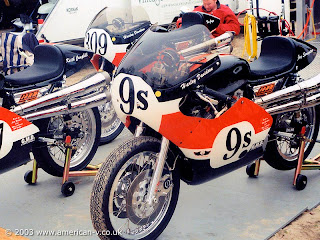 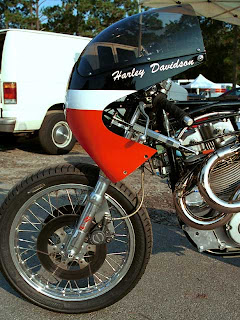