The Beautiful Silver Hawk from MATCHLESS 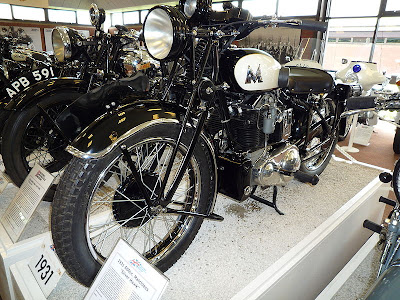 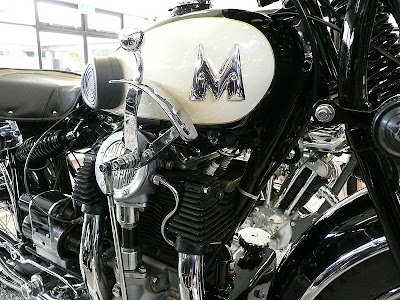 Matchless has a rich heritage of TT history. There was another post on a Matchless bike, the Matchless G50some time back on the blog. This beautiful piece of machinery is the Matchless Silver Hawk. Designed by Bert Collier and produced first in 1931 at the Motorcycle Show at Olympia, London along with another classic the Ariel Square Four which was also its main competitor in those times.
The Silver Hawk was a luxury motorcycle and was very expensive. Critics however have mentioned that in terms of performance, it was second to none which credited the high price. Till that time, it was heralded as the most fascinating machine. It was silent, smooth and provided comfort like no other. The engine was flexible and could be started by hand and run in top gear most of the time. On top gear alone the Silver Hawk could run from as low as 6 miles per hour to over 80 miles per hour and aided by the four speed gear, riders mention the drive of the Silver Hawk is something that must be experienced to be believed. 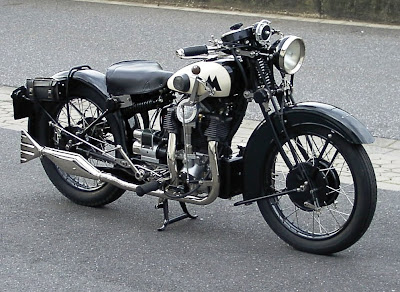 The Silver Hawk was a development on the Matchless Silver Arrow. Besides sharing the frame design, majority of the cycle parts were continued over from the Silver Arrow. The frame actually housed the smaller vee-twin and featured cantilever rear springing in which the rear sub-frame pivoted in Silentbloc rubber-bonded bushes behind the gearbox. Two compression springs were mounted under the saddle, and damping was by friction discs, controlled by a knob. Brakes were coupled 8 in diameter, meaning that both front and rear drums came into operation if the brake pedal was pressed, but the handlebar lever operated the front brake alone.
On the engine front, it was also derived from the Silver Arrow, it had a narrow-angle V-four (18 degree V with a one-piece OHC) like the Silver Arrow monobloc twin. The single bevel-gear overhead camshaft ran across the cylinder head and four bores with special air cooling housed two pairs of cylinders at 26 degres to each other. A single carburettor fed all four induction valves through a cross shaped induction that produced an uneven feed. Coil and dynamo Ignition was driven by skew gearing from the camshaft-drive vertical shaft. A dry-sump oil system was supplied from a steel tank at the base of the front-down tube, bolted to the engine's crankcase. There was just one crankshaft set across the frame and it had a centre bearing mounted in a plate which was unusual but not for the future as it found home a few decades later in the AJS and Matchless vertical twins.
The Matchless Silver Hawk was in production for 4 years, from 1931 to 1935. The Silver Hawk did not exactly take the world by storm as Matchless had anticipated, and after struggling on for a few seasons, it was quietly dropped from the range in 1935. Actually it was not the bike but the time. This hugely expensive motorcycle didn’t find many takers during the years of the Great Depression and there was not much to choose between the Silver Hawk and the Ariel Square Four, but probably due to the price tag, people went for it and it had its run for 2 decades. But whatever happened, you just can’t deny the beauty of this bike. Those chromed pipes dropping off to the fish tail exhaust, the beautiful hand lever and the entire front fork and suspension assemble is so beautiful finished off with the round headlamp. The narrow V-twin almost looks like a sideways in-line 2 built along the same unit to make it a square four. For all those years, Matchless didn’t provide any up gradation on the Silver Hawk except that in its final period of production during 1935, a foot gear change was available at a more premium price.