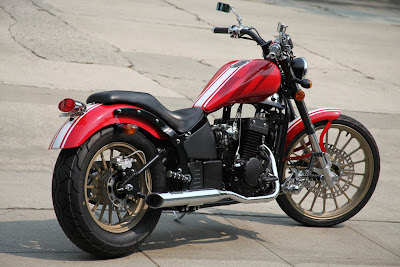 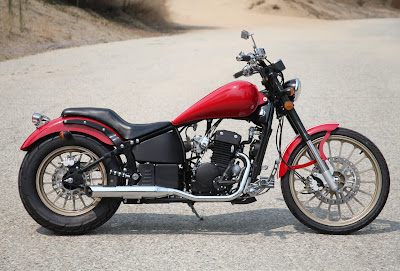 Small things can be beautiful, right! But in general, in the motorcycling world, big is better, right again! Welcome to the world of JohnnyPag who is about to prove that small things even in the motorcycling world can be beautiful compared to their big brothers. And it is not just beautiful, it is so beautiful that it looks very desirable and a thing of 'must-haves'.
The bike you see here is a custom chopper from Johnny Pag. This is the Pro Street. And contrary to our belief, Johnny knows that a chopper is a chopper and he also knows that neither is it official nor one has ever mentioned or made it official that a chopper has to be a big V-Twin.
Yes, it looks pretty big and of course has the typical chopper attributes, but guised under it is a small 300 cc engine. This Southern California-based bike customizer went from building high dollar, one-off choppers to affordable two-wheeled transportation for the masses. And what a looker of a mass transporter!
So, what is the thing here? Why does he make such attention to detail beautiful small engine choppers? Johnny in his website says, "Custom choppers have been the love of my life since I was just a young boy. My first job I was 13, I worked for a company called Bikers Dream out of Orange County, California. There I watched my father build custom chopper after custom chopper. Most of his clients were very wealthy and a large majority was professional athletes or musicians. I thought nothing of it at the time. My job wasn't exactly a high profile one like my dads. I had the thrilling job of stocking parts in what felt like a hundred degree warehouse. When I was lucky, I would be able to clean the mechanics tools. Everyone has to pay their dues somehow. I am extremely grateful for starting at the bottom sweeping floors; it taught me that you have to work hard for everything in life." 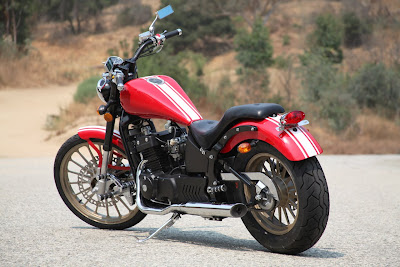 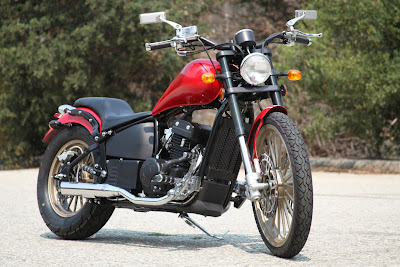 "Over the years, I was able to get more involved in the bike building aspect of the business. I had the privilege of working under my father and learning from him. Together, we did a lot of one-off projects and a few limited edition production bikes. Working under him for so long, I believe, gave me the eye for detail that I have today."
You can say that again Johnny. Click on the thumbnails and make sure you click on the small ones. His 'eye for detail' has to be seen to be believed. The bike almost looks like a factory produced motorcycle.
The Pro Street has a 300cc liquid-cooled, dual overhead cam parallel twin-cylinder 4 stroke engine. It breaths through two 26mm Keihin Vacuum carburetor. It works out through a 5 speed transmission gear mated via a multiplate clutch to a maximum power of 23.8 hp @ 6500rpm. Having a carburetor gives you the advantage of adjusting the idle via a small black dial next to the carbs,
Rich in features like inverted forks which meet the 21-inch alloy front wheel with a 38 degree rake, it has dual adjustable hydraulic shocks at the rearwhich are beautifully hidden behind the frame. (See pic). The rear has a hardtail look which comes across as fairly beefy thanks to 16-inch, 160mm rubber. Stopping power comes from a single-disc rear brake setup and a dual-disc front arrangement. The bike has a curb weight of 360 pounds. Yes this bike is very much for beginners, the ergonomics has been designed such as a light clutch and an easy-to-find neutral. There is a beautiful single pod for sppedometer with small indicator lights for basic info—neutral, high-beam, etcwith a typical stretch out cruiser riding style. The centre of gravity is kept low to inspire confidence. You can see ‘Johnny Pag’ scribed to the engine and the bike has an overall slick appearance. There’s a somewhat large gap between the engine and the fuel tank which gives away of a small engine otherwise it guises well for a big bore in line twin. Expectations for its road test are as expected from a 300cc mill with 20 odd bhp. It has a deep exhaust note for an engine of its size. It is a decent bike to ride around town, it won’t and can’t scare the newbie. Top speed is about 80 mph (135kmph) but it is not meant to be ridden that high. Basically it is a fun bike which will get you a lot of attention for sure. 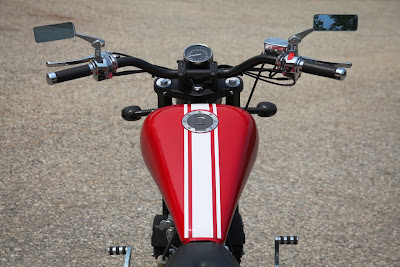 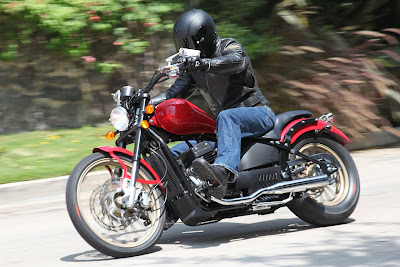 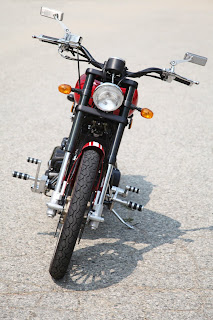 Well, it is more show than go. But that is what Johnny wants his bike to be. No doubt, their primary customers are begginers and the female riders. This is also reflected in their mission - to get riders on the road. That doesn’t mean that a experienced biker will not enjoy the JP customs. For sure you will get noticed. "Whether you are interested in a cool around town chopper like the Barhog, or want a beach cruiser like the Pro Street, one thing you can count on is that you're going to get a lot of attention on your new bike." Buf of course! Choppers are natural head turners and these JP choppers seem to be one up ahead. Although haven’t read any reviews, but customers have mentioned that the bikes are reliable. Actually that is a big plus for smaller bikes. And being a new rider, you most definitely do not want a complex bike. His attention to detail is really mind blowing. Everything is so clean, the footpegs, the handle bar, the mirrors, everything and I use the word mind blowing is because of the price. Here you are getting a chopper just like any other albeit a smaller engine at a price which is equal to mass produced smaller bikes. The engine has been tuned such that it will give you an estimated 65 mpg or 27 kmpl which would be good enough for 225 miles or 360 kms with a full tank on the 3.5 gallon fuel tank. All the bikes as mentioned carry the same engine albeit different chassis, suspension and dimension. On the flip side, there have been some reviews where reliability has been an issue and also mention of heavy vibrations on a high rpm.
Visit Johnny Pag's website and you will find many choppers there, all carrying the same engine. Along with the Pro Street, you will find the Spyder, Barhog and Raptor X in the chopper/ cruiser mode, while there are also the Raptor and Escort more in the tourer mode. Interestingly, don’t miss the FX-3 which is a naked street fighter bike.
He credits his father for the artistic genius inside him and believes that these bikes "are a reflection of all the past work my father and I have done". His brand is spread over the U.S, Canada, Mexico, Australia, New Zealand, Caribbean, Bermuda and brazil, but we have been unfortunate not to know about him. Their corporate headquarters is in Orange County, California. Probably the thing is that he doesn't make 'big' bikes, the media probably doesn't find him exciting enough, but the people does. He has sold a lot of bikes as evident on the member's page. These bikes are one of the coolest 300cc bikes I have seen. They have their own customers and a lot of female bikers and young first timers too for obvious reasons and it seems these JP bikers have a certain expectation from this brand.

They also support the JP bikers with appropriate apparels and accessories for different bikes so you can customize these beautiful bikes to your own taste. You can also select different colour schemes for the models. For the ladies, there is also the option of pink in some models.The bikes looks good and the better thing is that they are affordable. Now you don’t have to sell off one of your kidneys to get that damn chopper. The bikes range from $3399 for the FX-3 to $4699 for the Pro Street and other models. Recently, Johnny Pag was on SPEED TV getting the title of "Perfect beginner bike". He is also into charities, for example the brand had auctioned a chopper, New York Yankees to the Children’s Craniofacial Association and the Jorge Posada Foundation. The gas tank has been signed by all of the New York Yankees, and was auctioned live at a Celebrity Gala in June 2008. It has been only 3 years since he started and seems to have done quite well. The bikes comes with a one year warranty. Though their bikes are designed in the U.S, each country produces the bikes at their place which cuts down cost. You must be still wondering how this bike manages to hit its price point with this kind of a equipment list, and the answer is that these bikes are assembled in China and shipped back to America for distribution among 120 dealerships. As such, they are not yet certified for California emissions, but Johnny expects CA-legal versions soon. Whether you want it as your first bike completely depends upon you. Of course, it cannot give you a Honda reliability, but if you just want to learn the tricks of the trade for a couple of seasons before shifting to the big league while getting the feeling of being one of the boys, this bike might just be your answer.