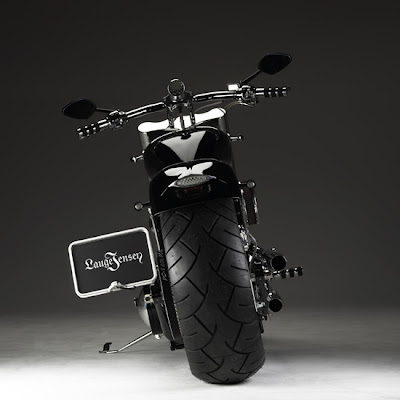 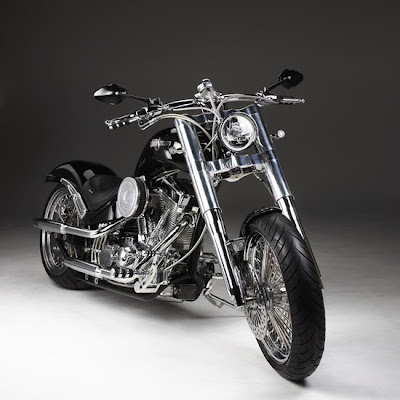 How quick can you name a motorcycle manufacturer from Denmark? Okay, I got this, there was this company some time ago who is credited with building the first production motorcycle to have telescopic forks, what was the name? Let me help you, you are thinking Nimbus, right? Okay, you got that right, now name another! I suspect, the name won't come to you, so let me help you. It's Lauge Jensen. Yes, it is by the name of the owner and don't fret if you haven't heard about it. It is a production company but very much in the lines of Confederate and Ecosse. And so, yes, they are very pricey. It caters to the elite or well heeled class and so you won't get to know a lot about it from magazines, etc. How pricey are we talking about? About 32,000 Euro (about 44000 USD) plus taxes. If you think, that particular motorcycle has nothing going for it to cost a bomb, let me remind you, the brand is elusive and it is not for us. And if you think me or you won't buy it even if we had that kind of money, we think alike, but not those for whom the bike caters to. So, let us just enjoy the bike and forget the price. But before that, just let me remind you if unfortunately you are not born in Denmark, the taxes for non Denmark people is 100%, so the bike would cost you 64,000 Euro or around 88,000 USD. Tch! Tch! Tch! as I said, let us not debate about the price, okay, just let it be. 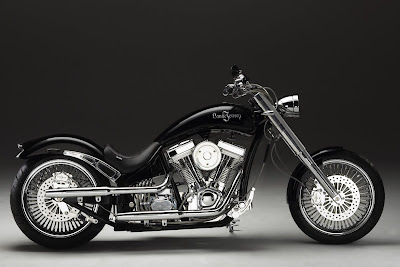 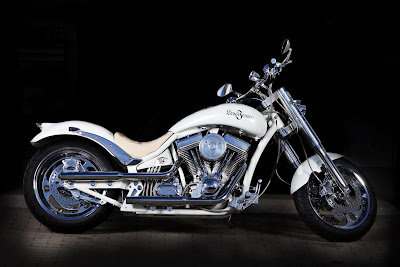 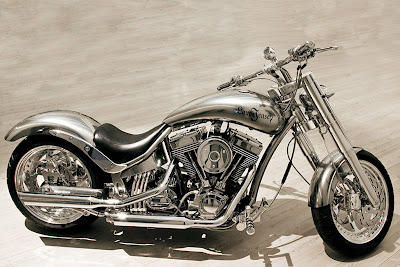 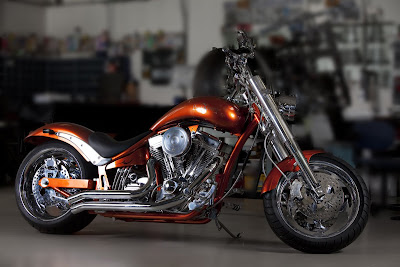 So Lauge Jensen Ltd. is registered in Denmark and owned by motorcycle builder Uffe Lauge Jensen. The man is a very skilled and experienced custom builder. The motorcycle you see here is the first from his production house and he has built it the way he envisages a motorcycle should be and the way it should look like. So, according to Mr. Jensen, a motorcycle should look so stunning that you would probably not want to ride it and just keep it in the living room. His motorcycle is something which those selected customers can demand and Jensen would be able to put through the demand. As such, the majority of the individual parts are designed by Jensen himself and are developed and created especially for Lauge Jensen. Whatever he can procure, he does procure, but only from the best quality available in the world.
Actually the Lauge Jensen motorcycle was launched last year around this period and for its launch, a special place was chosen, the Horsens Museum of Art, after all this is a piece of art worthy of any museum and to do the honors, the Mayor, Jan Trojburg, himself was present. Officially, this is the first production motorcycle from Denmark since Nimbus closed shop in the early 60s. It was the result of four years of development work from Jensen to create a custom built, modern motorcycle. For Jensen, it had to be the ultimate motorcycle and for that he has to not only meet but also to beat the international standards. In many ways, it seems he has been successful. More so considering the fact that he had to come through a lot of the country regulations since Denmark legislations has only bike importers, not manufacturers. That was another battle altogether which he won however. Not that it was easy because initially the Denmark government refused to acknowledge his cause, but then this Jensen guy is also a stubborn lot. 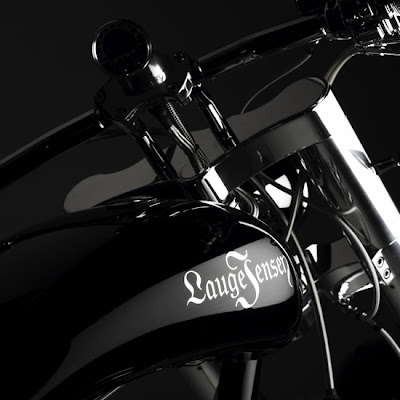 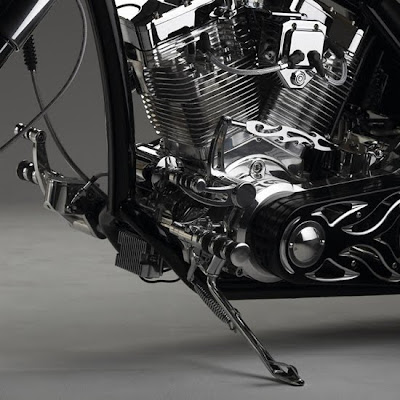 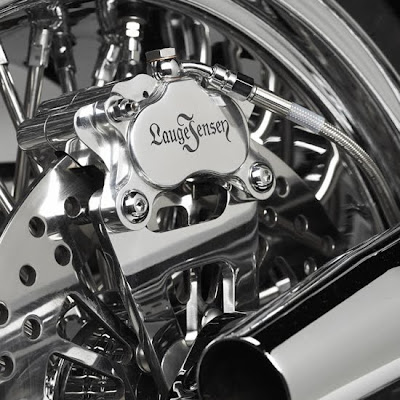 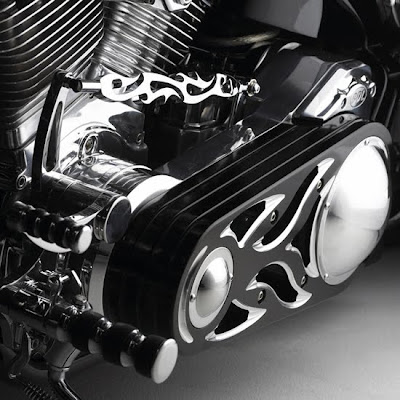 He had to get international approval despite many experts pinning him down, but he overcame all this to the point that he even got sponsorers for the project. Also let me remind you that the Lauge Jensen motorcycle even meets Euro 3 emission norms, a norm so strict even bigger companies are finding it hard to meet. The icing on the cake is that the sponserors for the motorcycle is none other than German Bundesamt (German Federal Office) and their approval means it doesn't need any more approval from anywhere in the world. All the tests have been conducted through the German testing institute TÜV. These exclusive motorcycles are of course hand built and they have started coming to life in a small workshop in Gedved near Horsens.
The bike has quite a few variations in terms of colours, such as black, pearl white, orange, chrome black and recently added a few more like blue and a red-black combo. The frame is a single tube frame with a drop seat with a seating height of only 40 cm. The frame is intentionally made curvaceous, after all don’t we all refer to our motorcycles as ‘she’?. It is very well proportioned and looks to be pretty comfortable. The seat is custom made as per the customer’s requirement based on his/ her height and weight so that the customer can derive the maximum comfort. The tear drop tank is a real beauty. The tank holds almost 20 liters of petrol, good for a distance of approximately 550 kms. The front fork is crafted by mirror polished aluminium milled in one piece. Inside the tank is a newly developed high technology fuel pump that feeds the engine system with fuel under constant pressure. A built-in fuel indicator completes the recognizable Lauge Jensen tank. The single unit console is fully digital with all types of information you seek or need normally. 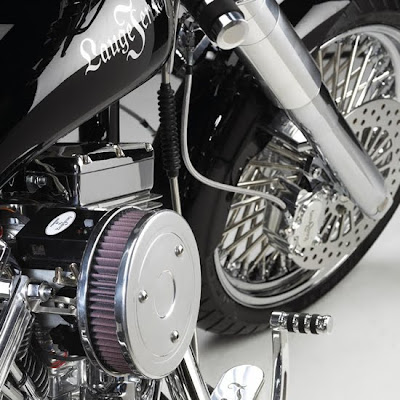 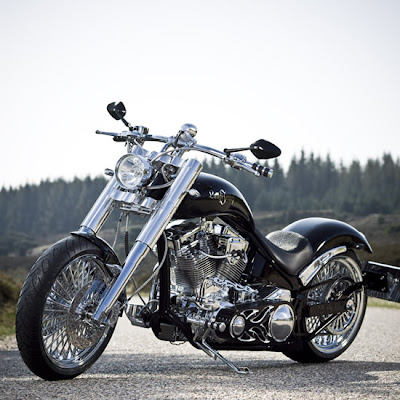 The engine is a 1792cc V-Twin air-cooled engine and almost the entire engine from the camshafts to valves and pistons are specially made for Lauge Jensen. The engine comes in three colours, highly polished aluminium, neutral aluminium and black. Bore and stroke is 101.6 mm x 107.5 mm with compression ratio of 10:1. You shouldn’t expect a road monster out of such high quality lifestyle bikes and you will not be disappointed. You see those few who can afford it, certainly won’t buy this machinery for burning the road. Power is adequate though at 70 hp@4300 rpm, just as you would expect from a similar size cruiser and the bike has a top speed of 180 kmph delivered by a six speed transmission. The exhausts ends with two separate mufflers with built in catalytic converters. The bike rests on 130/70R 18 and 250/40R 18 tyres in the front and back with rim sizes of 3.5 x 18 and 8.5 x 18.
Uffe Lauge Jensen has created a motorcycle where the customer can connect to his/ her prized possesion because the customer can put his or her personal touch on the design and in this way becomes a co-custom designer. Of course, as per the requirements, prices will vary for each motorcycle but as mentioned before, you can expect at least to pay the said amount. The customer has to pay 13,500 Euro (roughly 18,500 USD) upfront on signing the contract and s/he is allowed to watch the motorcycle take birth from ground up. It of course will come with warranty and free services. And if you only wish to rent the motorcycle for a specific time, you can do so too. Why I do not like calling these kind of motorcycles as 'Custom' is because usually in a custom motorcycle, the engine is usually borrowed where as Lauge Jensen, Confederate or Ecosse uses their own engines, so it is more of a production motorcycle. The engine is also sold separately through Lauge Jensen Parts.
Source of info and pictures - Lauge Jensen website