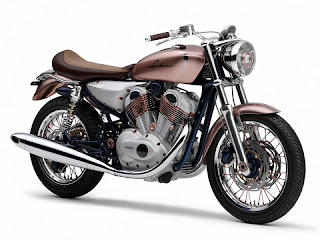 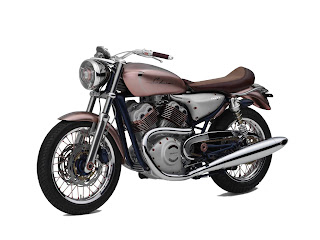 This is the XS-V1 Sakura. YAMAHA has revealed this new prototype retro motorcycle at the Tokyo Motor Show in October 2007.
Yamaha had launched the original XS series in 1970 with a 650cc engine which was also their first 4S engine. Paying a tribute to the series, this New-Age-Retro has a 1000cc air cooled V-Twin engine. With Yamaha, Honda also showcased their Retro prototype CB1100 (F & R) at the Tokyo Show and Kawasaki, Triumph, Ducati all reviving the retro heritage, motorcycling seems to have come the full circle. Officially, the Sakura has been mentioned as a prototype, rather than a concept, so there’s a hint that it could become a production machine in the future. Also the design looks ready for production mode with no out-of-line styling. The headlight, slimline dash, brake discs, all look the retro with a modern neo touch. 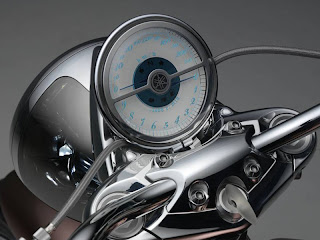 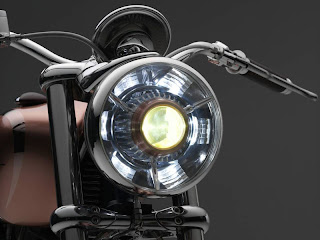 From the Yamaha press release:
We display the “XS-V1 Sakura” (special exhibition model / prototype) as a symbol of our long-nurtured corporate philosophy. This is a V-twin sport model with a look of “Japanese style” in the image of Yamaha’s first 4-stroke model, the XS-1 (650cc), released in 1970. Its design is full of XS-1 DNA, in its simplicity and functional beauty and finds new refinement in a retro-modern aesthetic. It is a model that proposes a very Yamaha and very Japanese vision of premium motorcycling life, bringing together the unique characteristics of a 1,000cc air-cooled, V-twin model with its strong pulse feeling and easy-going running performance in a finely crafted body that is lightweight and slim and defined by a low seat height. 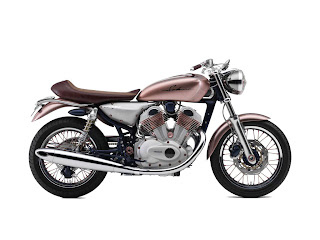 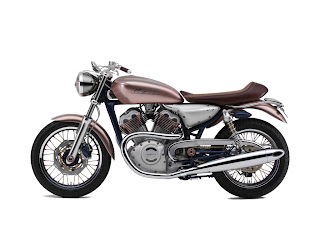 Yamaha Motor Co., Ltd. has displayed 19 exhibition models at the 40th Tokyo Motor Show 2007 (Oct. 27 to Nov. 11) with the concept of “The Art of Engineering”.
For a look at all the models displayed including the new V-Max, visit Yamaha's Japanese Website's link on the 2007 Tokyo MotorShow 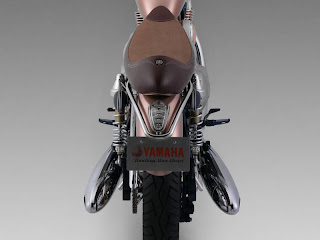 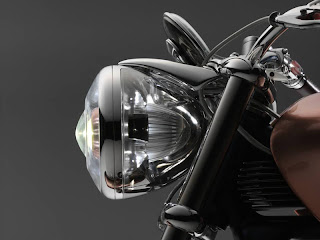