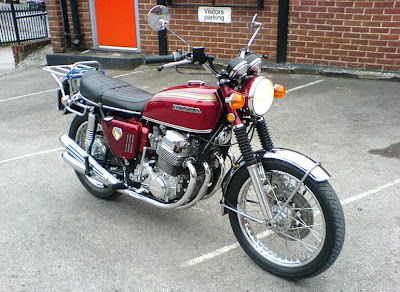 The CB 750.... well, yes, its a legend, alright.
The bike which started out in 1969 as a standard version has seen (probably) the most number of revisions, it has been cut, modified, chopped, mutilated and what not... bikers are still fascinated by it, restorers are always looking for yet another CB 750, modifiers are always doing their thing to this cherished Honda, reviews and fiels tests are still going on even after the bike has ceased production and now we hear Honda is reviving the CB 750. Not the CB750 L.E or the CB1100 which was posted before in this blog, but the original CB 750! According to MCN, Honda will replicate the original which will be virtually identical to the '69 model. 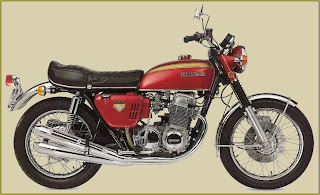 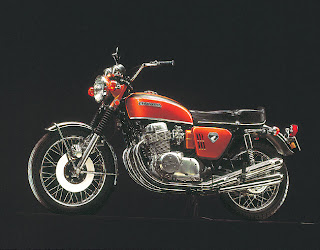 Launched in 1969 mainly for the US market who prefrred big bore engines, the bike became an instant classic. And why not, after all, first and foremost, it had the Honda badge, which meant reliability, affordability and dependability. Then it had so many 'firsts'. A Disc brake was not heard of in mass production bikes which the CB750 had as a factory fitting and for the first time, there was an In-Line-Four machine which was not custom made.
And not just that, it was not a pseudo bike will all show and no go. It was a pure performance machine with a 192 kmph top speed. Actually it was more than a performance machine, you see it didn't pinch your wallet just to keep that performance, neither did it break your back. The bike was unique because it can be used for city riding, speeding off the highways, cruising and whatever you felt like. Probably the most complete machine of all time, no wonder every magazine mentions it as one of the Top 10 Bikes of all time. It was also in a way, the world took a new look at Honda, not that it was a Japanese company making automobiles, but as a company with innovation and a brain which thought about the needs of the people. Think about it! This was a bike which cost only $1500 (in 1969), which was easy on your pocket when it came to maintenance, gave you the thrills of a performance motorcycle, was very handy for daily commuting, would be a pleasure for long drives... what more can one want out of a bike? Okay, looks to go with it. But, of course it was a stunner to look at. 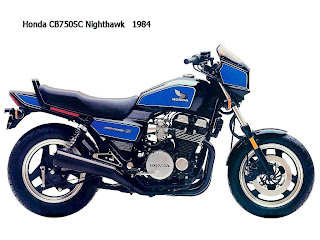 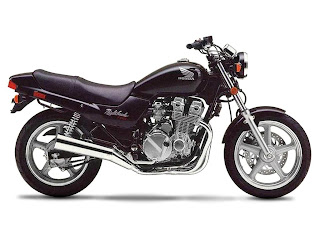 But wait, thats not all, I meant surely you would have gone for the bike, but what if Honda was to tell you that without additional charges, you would be getting some more 'firsts' as a factory fiting on your CB 750? How about Electric Start? And another switch below the elctric start, which would help you stop the engine without having to wring the key everytime, the Kill Switch. And how would you like indicators, yes Indicators indicating which way you are going to turn? Wont it be nice if you have Rear-view mirrors on both handles which will give you a better estimate as how many jealous bikers are behind you? Yes! all these accessories of the CB750 were 'firsts' in bikes.
The SOHC models came from 1969 to 1978, while the next edition in 1981 till the end of production of the CB750 Nighthawk had DOHC. The 69 model was termed CB750K with each successive year a revised version with added and modified changes were termed as CB 750 K1 for the bike which came out in 1971, K2 for 1972 and so on till 1978 ended with the K8. The DOHC model in 1981 was the CB 750 F which was replaced by the CB 750SC Nighthawk in 82 and later till 2003, it was known only as Nighthawk. 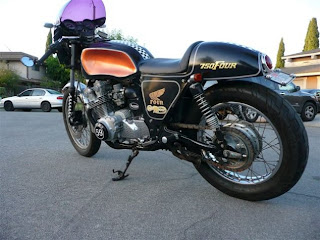 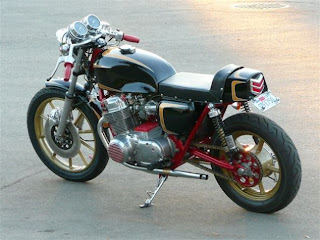 Bikers were so taken by the CB750 that it became a cult classic as a modified Cafe Racer. There are various active CB Cafe Racers groups which can be widely found in the net. Probably the most well known is the CB 750 Cafe as they are known as. But you will be surprised that many a fanatics have made choppers out of these CB750s. And what a awesome job they have done. Of course, as mentioned before this bike was a very very able cruiser, so why not a chopper, but somehow what no one probably thought, these guys at Honda Choppers went ahead and created some of the most stunning choppers you will see. 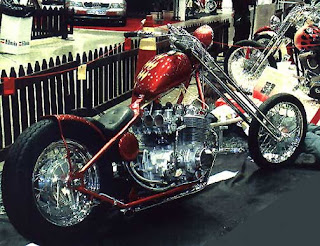 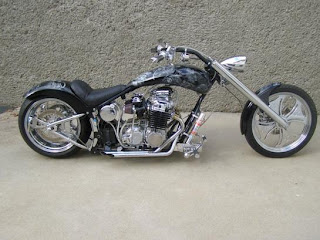 The Suede Chop & The Samurai. Pics from Honda Choppers

Visit the original Honda CB 750 site to relieve the glory and how this Bike changed the history of motorcycling to be termed the world's First SUPERBIKE.

Original Specifications from the 1969 CB 750