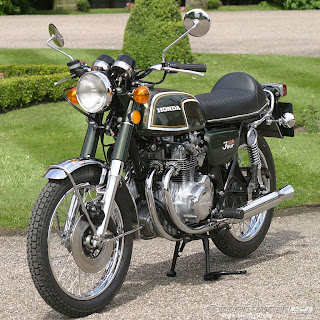 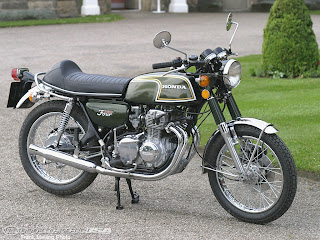 How can a motorcycle which was in production for 2 years be termed a legend? Well, read on.... Honda gave the world many a innovative and revolutionary things in the world of automobiles. One such thing was the four cylinder engine and we all know the history of the CB 750 in-line four which is considered to be the 'Greatest Motorcycle in History'. 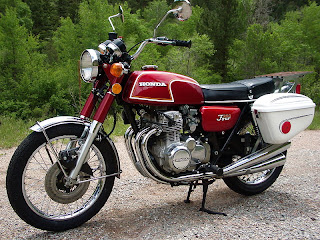 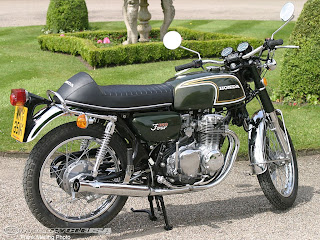 The CB 350 'Four' was in production from 1972 to 1974. In 1972, Mr. Honda (Soichiro Honda) had visited the Isle of Man with Mrs. Honda in 1954. And he decided that unlike the singles and twins racing in the Isle of Man, Honda would be building 250cc Fours (something unimmaginable during that days) which would later change the face of motorcycle racing forever. He always was able to see the future and one of his brilliant foresights were that eventually a 350 Four, because of its lightweight, high rpm, power and torque would be the ultimate GP engine. Moreover, one fine Mr. Jim Redman won every Grand Prix of the season in 1965 with his 350 cc Honda which gave Soichiro Honda's dream even more determination. 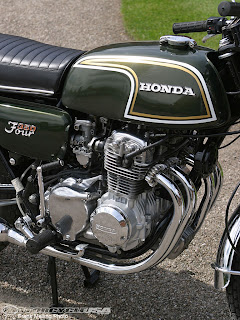 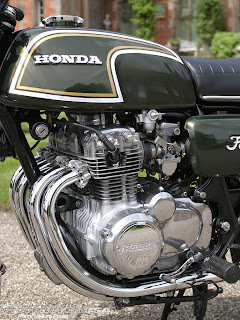 At that time, Honda already had the 325cc CB350 Twin. This little bike was the best-selling American bike in the company's classic period and Mr. Honda knew it would be a direct competition to his dream and more so because he knew that the CB350 Twin had a bullet proof engine and was easy on the pocket. So he needed to build a bike which was even better than this. But a 4 cylinder would obviously weigh more and cost more, so he had to do something which would make people shift from the Twin. That was a problem as the Twin had similar spares and build like the successful 250cc. 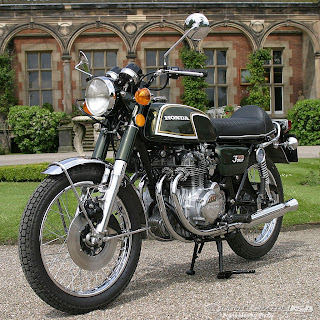 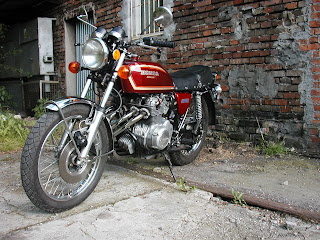 What then Mr. Honda gave the world was (as they say) 'the most civilized motorcycle of its time'. The engine was electric smooth all the way up to the 10,000rpm redline and the power curve, gentle and progressive. You can cruise on it, speed up, do whatever you felt like. The styling was traditional and so was good on your eyes, it was small beast but fully tamed. It was elegant and sophisticated, it handled well, never tried to scare the rider like the other Japanese bikes would, say a Kawasaki or a Yamaha and this one was criteria which Honda exploited to the maximum. 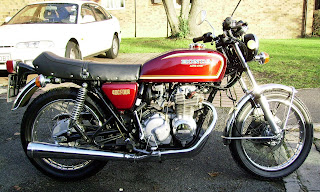 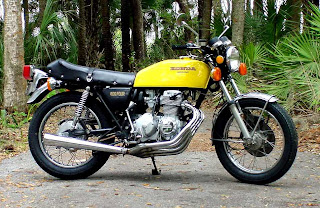 You see, Kawasaki, Suzuki and Yamaha gave some bikes to the world that were outright evil! Monsters that mere mortals wanted to ride, but was always being ridden by the bike. Honda always tried to give the public what the public would be capable of. While the other manufacturers wanted the rider to get adjusted to the bike, Honda made bikes which adjusted according to the rider. And this was Honda trump card! The CB350 'Four' gave the genral public a feel of power and performance at a good price. But after two years of production, the 350 "4" was phased out. Why? We are coming to that. And so how can we term it a legend? We are coming to that too! 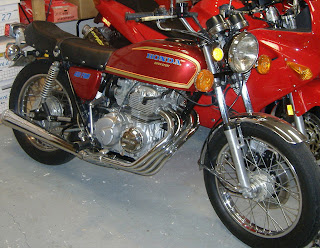 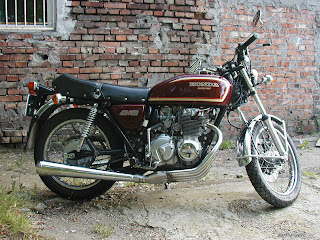 You see, if you search/ google for CB 350 'Four', you will find most of the posts are written by past and present owners of the CB 350 'Four'. They have been singing praises about their priced possesion through the roof, how efficient it is, how smooth it is, how responsive it is and everything you would want to hear about your bike. Bottomline, it seems that the owners felt that among all the bikes they have ridden, the CB 350 'Four' was by far the best.
And this was what Mr. Soichoro Honda knew, he saw the future much before anyone could. He had given such a brilliant engine that not only was it eating other manufacturer's market, it was also eating Honda's own market of 250cc to 750cc bikes, people were shifting from all these categories to the 'Four' and why not, it had everything these bikes provided but with a migh better engine. And so Mr. Honda thought it would be the best way to deal with its popularity. STOP production. And so it was not an instant legend. 30 years from then, the CB 350 'Four' will cost you a lot and now it has grown into legendary status. 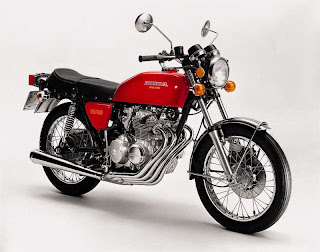 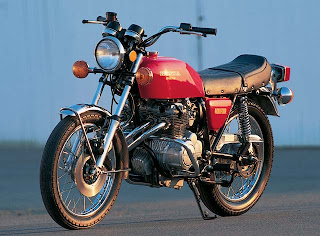 So what was the CB 350 'Four' replaced with?
It was the CB 400F. It directly evolved from the 350. The bore was increased from 47 to 51 mm and the same stoke of 50mm gave a output of 408cc. A sixth gear was added and so was the compression ratio to 9.4:1, while engine internals like the crank, rods and the four 20mm Keihin carbs were retained. Well as you can see, the 'Four' was a miniaturute CB750, so the new CB 400F was given a new look. New tank, new bars, rearranged foot controls and a neat 4x1 exhaust who sounded like music to ears. Performance was ofcourse aided by the extra cog, a 50cc rise in capacity and also a 3 bhp rise from 34 tp 37 bhp. It had the phrase 'SUPER SPORT' neatly inscribed in the beautiful tank. 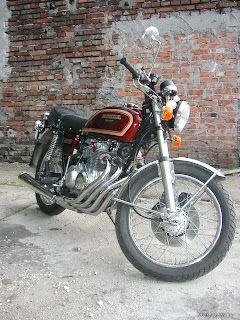