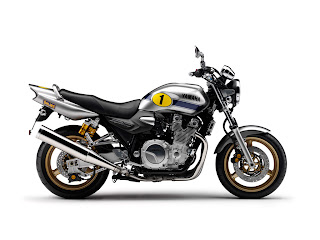 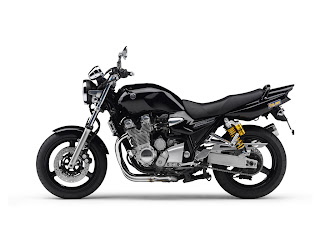 Another of the big brawny bikes I adore is the YAMAHA XJR1300. Naked, powerful, 80s styling, new age gizmos and very refined, really what more can you want from a bike? The biggest thing in these new-age retro is the *FUN* you can get. Very suitable for city riding, you can keep on riding it for hours and these bikes also has very very capable handling abilities almost similar to a sports bike. And hey! these bikes are torquey! All these and it wont burn a hole in your pocket. Its difficult to categorize these bikes as 'Standard' or 'Tourer' or 'Street Bike' as they are usually capable of all these, but what these bikes definitely are... Musclebike.
When it comes to look, really the XJR is a thing to behold. All muscular, from the tank, to the 4x1 exhaust to the engine to the tyres, it exudes raw appeal. Pictures just cannot do justice to the bike. So typical 80s bike, those twin pods, that round headlamp, those rectungular rear-view mirrors, the seat, those massive twin Ohlins rear shocks, what synergy in creation! Yes, its a showoff and its meant to be. Yamaha has been very successful in enhancing the XJR is this avtaar, the urban muscled bad guy! And its big too.! It scales up to 230kg (dry). 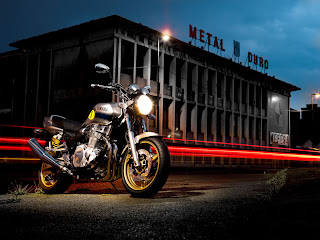 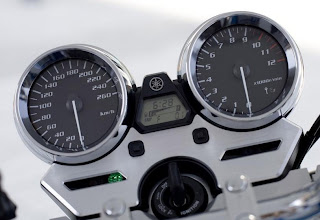 Yamaha lays a lot of focus to the XJR as they know this particular model cater to a wide range of bikers. This model has seen success all over the world since its inception and it continues still now and of course, Yamaha has made it sure by upgrading it time to time. The liquid-cooled, four-stroke, in-line four, DOHC 16-valve powerplant has R1-sourced Sumitomo brakes and the 43mm conventional forks to go with those Michelin Macadam radials are standard fitment. It started out as a 1200cc model in early 90s, actually 1188cc to be precise, and the engine was taken from the FJ series Yamaha took the tried-and-proven 1188cc air-cooled four from the FJ and fitted 36mm Mikuni CV carbs, a new exhaust system and a new cylinder-head in an effort to obtain even better low-down grunt. Later the engine was bored out to 1251cc by increasing the bore from 77 to 79mm. Yamaha also bought in some more changes over the time period with forged pistons replacing the aluminium diecast items along with new connecting rods, chrome-plated aluminium cylinders and carburettors equipped with Yamaha Throttle Position Sensors (YTPS). The oil cooler was increased in width by 50mm to cope with the additional power of the new engine. The steel-tube frame sports increased rigidity, with the front anchors (calipers and discs) now lifted from the YZF-R1. Up-rated front suspension features preload adjustment, steering is sharpened with a narrower front tyre (120/70-17), while a fatter 180/55-17 tyre is found out back. 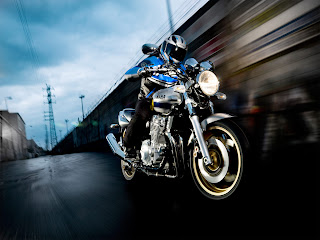 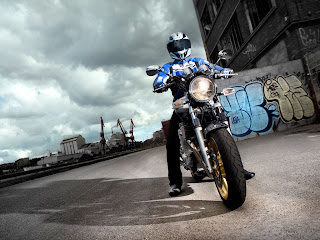 The XJR is a proper strret bike with its riding position and easy handlebars, but in fact if you look at the other parameters also, you will find it very versatile. Its power graph and chart will state a engine linear enough to cruise around town but having more than enough in its pocket when given a bit of stick. Many critics have said that among the naked class, the XJR1300 is the most refined in its ride and quality, its immediate contenders being the Bandit and the ZRX1100. Compared to the Bandit, the Yamaha's chassis is taught, not only in the suspenders department but even the frame, making it the most stable mount through medium to high-speed sweepers although it does tend to feel a bit soft on the front when put up against the ZRX1100 probably because of its shorter wheelbase and sharper geometry, but with preload adjustment available, you can easily suit the shock to various loads. 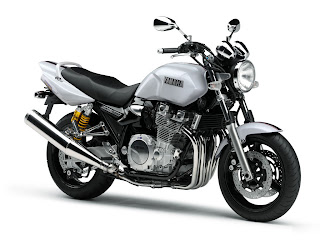 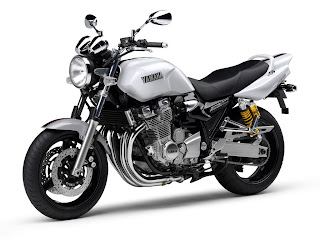 The engine has enough raw power and grunt to satsify many a hardcore speed junkies. Maybe a respectable 98bhp and a super impressive 108ft-lbs of torque figures might not sound enough for many blokes, but with a little tweaking here and there can get you a seriously healthy power output of 120bhp. But more than that, the engine is so well adapted to different add-ons and modifications, I mean its still air-cooled and carbed, so you can just churn out more and more and all help from the Yamaha store. In terms of performance, you can say, its an updated version of the legend RD350, but in a more refined way, you know 4 stroke and all. So you do have to LEARN the bike and so it will also be immensely satisfying once you learn to control the bike. Although as mentioned, the front side is a little soft, the Rear Ohlins work exceptionally well in keeping the beast in track. 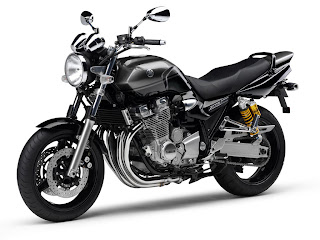 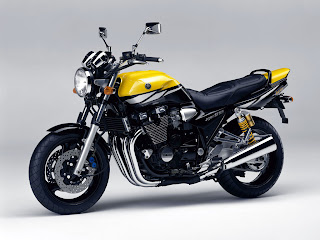 And of course again as mentioned earlier, it has the R1 brakes doing duty here so stopping should not even be a concern, I mean it does and can stop a 300kmph superhero, right? Top speed is a very acceptable 210kmph. The overall handling of the XJR is very good for a bike that has a somewhat old-fashioned steel double cradle frame. It does the corners well and is less frightening than the ZRX. We shouldn't even talk of its torque, what can you say about a bike which has a ton of torque literally speaking! Probably a little screen would have helped at speeds in excess of 120kmph, but it would have taken away the look somehow. Massive grunt, incredible street presence... it qualifies every bit the hooligan bike that it is although a wheelie might be difficult now and then. Bottomline is, this is a Man's bike, meaning one who are into the old school and appreciates the windblast hitting the chest type of thing! Visit the official site of XJR 1300 for more information and pictures. 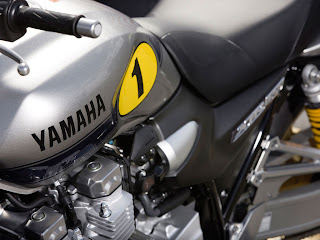 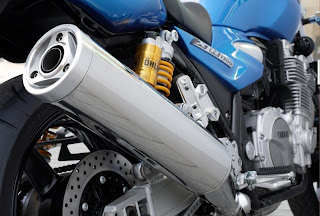