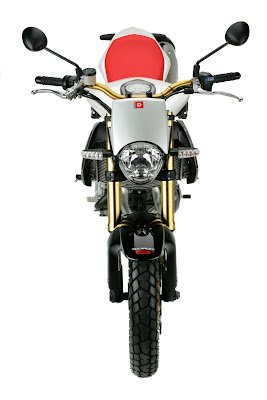 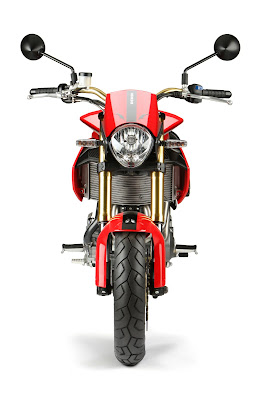 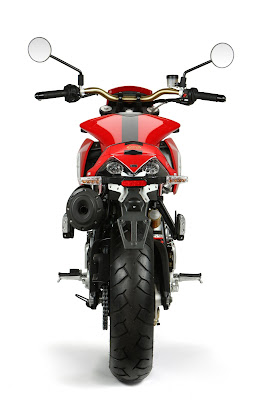 Please note that all images are 3000 x 2500 or higher. This is because you will truely and really appreciate the beauty of this bike. So while I apologize for the size which will take a long time to download, but believe me, you will like what you see!
DERBI is one firm which has been a standout in World Championships in the smaller categories. Derbi has made its status legendary with 10 World Championship titles in the 50cc, 80cc and 125cc categories. In 2008, DERBI claimed back the 125 World Championship title with its Balas Rojas (a. k. a Red Bullets) which was their 19th title including 11 titles for riders and 8 as manufacturers. But these championship titles were very few previous to 2008; in fact the last title before 2008 came in 1989 and that was in the 80cc category. There are not too many Spanish bike builders now but Derbi seems to be holding rather well and it has been well received in the biking community for whom Derbi is actually intended for. Although Spanish, it is now owned by the Italian firm Piaggio.
As such majority of the bikes are within the 125cc range. However there is this other engine of 659cc which has a body to die for, I mean the overall look of the bike that is. Of course, this is the Mulhacen 659. The same engine does duty on three different versions, the regular Mulhacen 659, the Mulhacen Café 659 and the limited edition Mulhacen Café 659 Angel Neito LTD Edition. Pronounced Mull-hass-en, Mulhacen is the name of a mountain in the Iberian Peninsula. From the first time it was displayed at the 2004 Munich show, the bike was very well received and it has also won an award from the Motorcycle Design Association (MDA) winning the third spot for "Best of Show" when it was competing against Benelli's TNT, KTM's RC8 and Yamaha's MT-01. 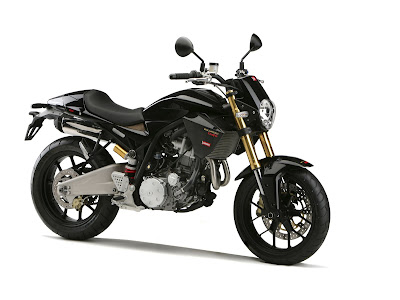 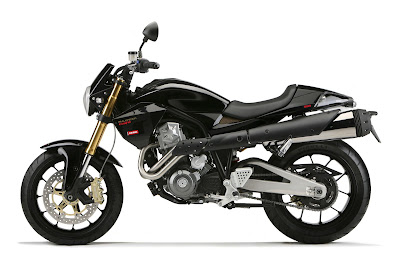 Among the 3 versions, first came the Mulhacen 659, essentially a scrambler. Then for the many fans of street versions, the bike came in the form of Mulhacen Café 659 and now Derbi have dedicated this new Euro3 version of the Mulhacén Café 659 to Angel Nieto, the man who contributed the most to make the Derbi brand famous in the racing world by winning world championships between 1969 and 1986.
The idea of making a Scrambler came to Derbi as they wanted to bring back the 70s in a modern machine. This is another new-age retro which seems to be the flavour of the decade. By sheer looks of the bikes, it is just magnificent. It’s so sleek looking that you feel like keep on staring at it as it stands still. Now Derbi has gone a step further and launched the Mulhacén Café 659 Angel Nieto LTD version. It is oh-so-beautiful. So elegant and the new colour scheme is absolutely breath taking. Only 50 units of the L.E. which will be built. The Café version differs from the L.E and the regular in its tyre size which are thinner, a slightly longer wheelbase while having a shorter overall length.
Like some other manufacturers (e.g. Aprilia) Derbi gets the engine from the Yamaha-Minarelli partnership and the engine is a single-cylinder four-valve Euro 3 compliant engine. It is the same engine that powers Yamaha MT-03, XT 660 and Aprilia Pegaso 650 Strada. It has a steel tube frame with aluminum swingarm. Basically the models are the same but the ergonomics of the motorcycles have been carefully reworked for the different versions.The engine is a liquid-cooled, fuel-injected, SOHC, four-valve, 659.7cc single-cylinder unit that has a modest 47bhp on tap and 55Nm of torque and weighs around 170kg. Top speed is around 165kmph and a 0 to 100 is achieved in 6.44 seconds. Torque is quite good even at low rpm which helps the rider feel at ease in urban traffic as well as long winding roads. All the 3 models have almost similar specifications, with the difference in tyre sizes that is smaller tyres with a slightly longer wheelbase while having an overall shorter length for the Café version. The Café version has a removable seat cowl and the suspension is kept soft for long distance travel. 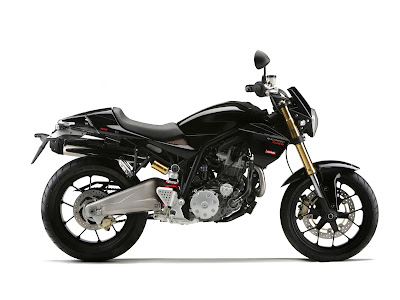 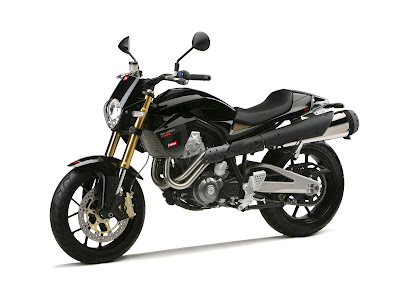 Actually the Mulhacen Café looks a little bit of a dual purpose, probably because of its long stance typical of a scrambler, but it is essentially a café racer. Actually no, I mean it is sort of a mixture, but it is also projected as a middleweight sportsbike, so it is actually worth for that category as to go along with the Café Racer category (which is anyway an urban sport bike), it has some typical sportsbike character like the 17-inch wheels (shod with 110mm (front) and 150mm (rear) Pirelli Diablo tyres), 43mm USD Marzocchi fork (non-adjustable), fully adjustable ZF Sachs monoshock and high-spec Brembo brakes with radial-mount callipers at the front. So, it seems it will please a lot of bike fans of different categories from scramblers to café racers to sportsbike and a little of dual purpose. It is a good mixture between these categories albeit you have to compromise on certain aspects on building cross category bikes. Looking at the bike, you know the tyres are definitely gravel friendly and aluminum swing-arm will surely handle well on off roads but it has a soft suspension which is for in alignment for city driving and just might be not that helpful in the mountains. But the good thing is that it is factory set and can be adjusted. The seat height is also lower than one would expect on a scrambler, but good enough if you think you are on a café racer. This might mean that the foot pegs may touch the tarmac though. 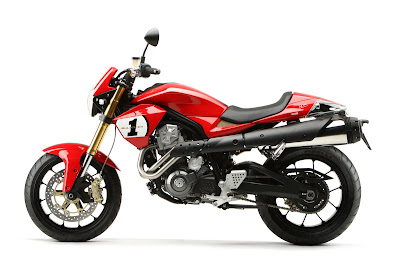 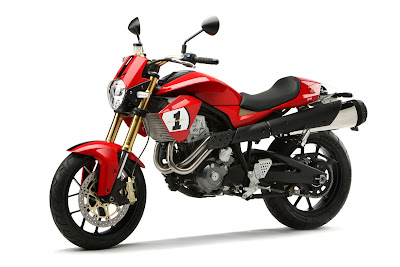 The engine is of course the trusted and tried one, but the Mulhacen has its fuel injection is re-mapped specifically for the bike. There is ample torque at the bottom of the rev range for its city riding pleasure.
Opening the throttle in first will have the front arcing up in a smooth controllable wheelie with the second gear perfect for typical town speeds of 30-40mph. Well, it will easily do over 160 kmph and would touch the 175kmph mark. The rear shock is neatly placed, offset on the right-hand side of the swingarm and with the battery at the center of the middle of the frame, it centralizes its weight. The Yamaha -Minarelli 660cc single is known to have a nice pull above 5,000rpm and also known as very satisfying in the twisties and you could enjoy all that to the 7000 rpm. Although the feul injection has been re mapped, power comparision vis-à-vis other models based on the engine (say XT660R), the power has been detuned in the mid range which is probably due to the single silencer and the size of the airbox. Riding style is aggressive with the rider sitting close to the tank.
The digital clocks are small but clearly visible. There are eight different levels of backlight brightness to illuminate the dash with a clinical white glow. The small fuel tank will see you up 138kms (86 miles) before you are being informed to refill or else by another 24 kms more and you will need to start dragging the bike.
The Mulhacen is the baby of one Mr. Klaus Nennewitz, who was previously involved with Aprilia in creating the Tuono and Falco and Mr. Jose Gonzales who was man behind the design. To create a narrow bike, one usually prefers a single downtube splitting into two bottom cradles and that is there, but don’t miss the unique side-mounted rear suspension that has the shock in upright position. Why this is important is because can you think about any other combination which would allow such a narrow and low midsection while still housing a proper-sized air box? It’s probably an overlook by most or all of us, but there are many similar detailing that has gone into the bike for which Mr. Gonzales needs to be applauded, but even if you miss the great detailing, everything comes out as a total picture when you really start appreciating the beauty without knowing what it is that has really taken the cake. From the bodywork to the proportions and the lithe curves, everything seems so well suited. 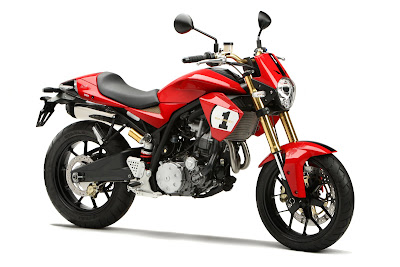 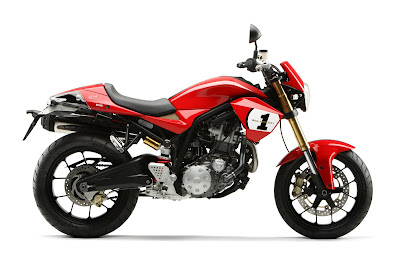 Now coming to the main part, the looks! Just standing there, it simply looks brilliant, no doubt about it. Those spoked wheels, fat tyres and the sweet exhaust gels so well with the small but very good looking tank which is so in tune with the low-seat and the big massive swingarm! And that massive front disc brake also adds to the overall macho but slick look.All in all, basically it is a fun bike and will suit riders from all ages and categories, it won’t overwhelm you, you won’t be overpowered but you will have the smile of riding a middleweight bike with lots of character and with even much much more style. Derbi probably wants it to feature as a all rounder and as such it has certainly done a wonderful job. Well, it is not actually cheap anyway because at 6,785 UK Pounds or 7,700 Euros or 11,000 USD, you can get a lot of bigger multi cylinder bikes which will be much more powerful. In fact, barring the YZF R1, you can get any of the supersport bike from the Yamaha stable even the R6 or the FZ1, but what the Mulhacen promises you is a stand out anywhere. You will be noticed! This actually is a piece of art, very customized but you can have it. Visit the DERBI website, you will also like the off-roaders and in case you want some further info on the specific bikes, here are the links to the Mulhacen 659, Mulhacen Café 659 and Mulhacen 659 LE. 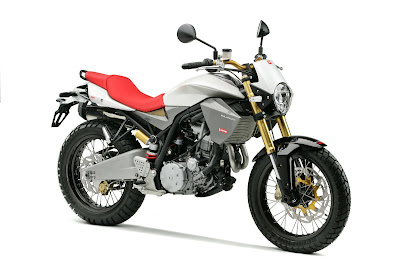 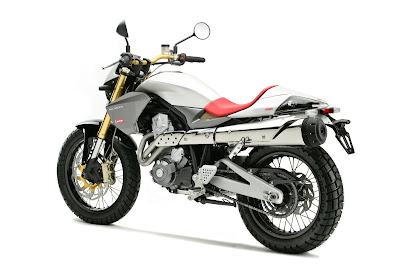 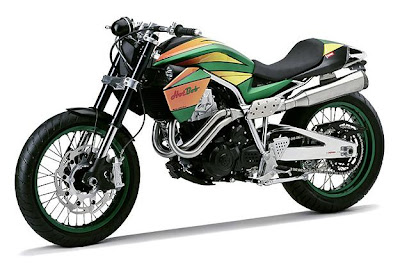 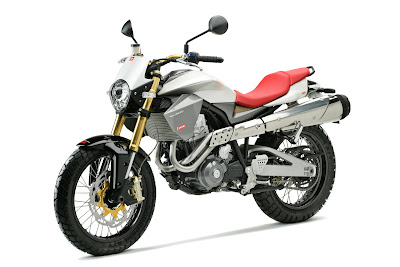 The Hot Bob and the Original