Magni & The Art of MV Agusta 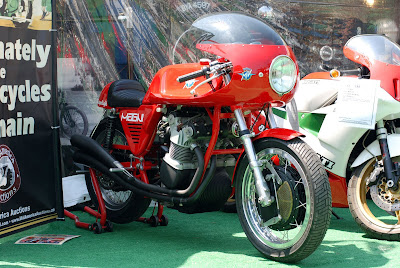 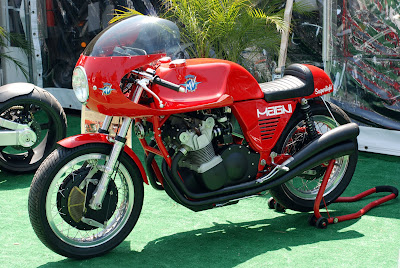 That MV Agusta makes the best damn looking bike in the world are a foregone conclusion. Even among the Italians, it is only Ducati who can have a duel with MV when it comes to sheer looks and like all bikes Italian, they perform brilliantly too. Now there are times when a MV looks even better than a MV. One such credit goes to a certain Mr. Arturo Magni. You must have heard the name Magni many times and closely associated with Italian brands. this is one special bike designed by Arturo Magni. The typical 'Magni' motorcycle can be easily recognized. Not just by the sheer beauty it caries, and that Ferrari red is actually not present in all the later models. But you just know that it is a Magni, probably because of the Cafe Racer looks with the typical seat and those fine exhausts, but if you look at the other models in his website that are not MV, even then that typical Magni look overshadows the bike whether it is a Honda or a Guzzi.
This special Magni motorcycle is the MV Agusta 750 Magni bored out to 840cc and equipped with chain drive, new frame, seat and tank in the Magni mould, and that oh-so-beautiful exhaust system. This particular model is from 1979 called the MV Agusta Magni Superlight. And this is up for auction (or at least was) at the Mid America Auctions at the Concours. It has a magnesium crankcases, an 830cc displacement, electric starter, and internal gears which have been machined and lightened to race specs. Auction price was set at $162,000 and I am not joking. 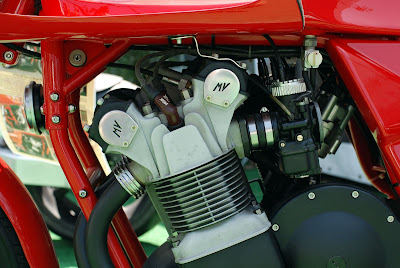 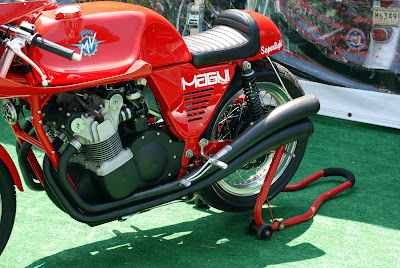 The MV Agusta 850 Magni launched in 1978 had engine specifications of a transverse four cylinder air cooled, four stroke, DOHC engine displacing 837cc with 2 valves per cylinder. Its bore & Stroke was of 68.8 x 56 mm with a compression ratio of 10.3:1. Induction was through 4 Dell'Orto carbs of size 27mm which was 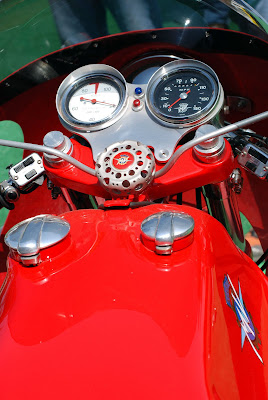 enough to release a power of 81.8 hp @ 9000 rpm with more than sufficient torque. Transmission was through a 5 speed gear and final drive was by chain. Way back in 1979, it featured front suspension of 38mm Forcelle Italia telescopic forks which was preload and rebound damping adjustable while the rear suspension had dual Koni shocks that was also preload adjustable. It even featured rear disc brake (single 280mm) while having 2 280mm discs up front. And it weighed 200 kg. In 1979, it had an upgraded version, the MV Agusta 861S Magni where capacity was increased to 861cc through its reworked bore of 70mm whle the stroke was not disturbed. While rest of the things were similar, thanks to the larger bore, maximum power went further up to 92.5 hp @ 10000 rpm.
Well Magni or Arturo Magni was a brilliant designer. It was in 1947 when Arturo Magni began his career in the racing department of he Italian brand Gilera. Gilera at that time had the services of one Mr. Piero Remor who was the designer of the famous four cylinders double overhead cams that Gilera produced and raced at that time. The present world has not heard much about Remor, but he was really world famous during that time. Magni started his career under Remor. Learning the initial trade from Remor, Arturo Magni joined a newly formed MV Agusta racing department in 1950. He was with MV till 1977 and retired as chief of the famed MV Reparto Corsa when they decided to retire from racing. Under Magni's management, the team won 75 world championships and over 3,000 races. That is itself a record still untouched by any other manufacturer. It was under this banner that legends like Giacomo Agostini won 15 world championships. How about the names of John Surtees or a Mike Hailwood? All were from the same racing DNA school. With such a reputation under him , Magni and his sons set up shop to build special versions of production motorcycles and the first versions were the 750cc and 788cc MV Sport & MV America road bikes. 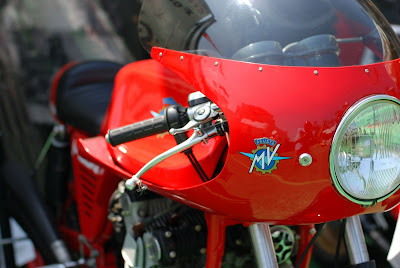 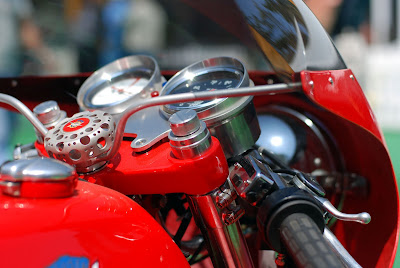 Everything was new, new frames, new tanks, new seats, chain deives, it was a new bike. And Magni bikes had that certain 'Magni' look whether it was the MV Agusta or later the Guzzis, the bikes were distinctively 'Magni'. In reality, a Magni MV was better lokking than a MV. Period. But during those days, MV didn't really had a lot of street versions of their bikes and so Magni bikes were even fewer. With not too many donor bikes to work upon, Magni shifted the focus towards more available Honda bikes and designed the Honda 900 Bol d'Or replicas, named MH1 which was a naked bike without fairings and there was a completely faired and full featured bike called the MH2. About 300 of these models were produced in total. See all the bikes and read the story in the Magni website. Later they also worked on the BMW Boxer series in similar fashion like the Honda naming them MB1 & MB2. In the mid 80s, they started designing on Moto Guzzis and the partnership still exist. It was in the LeMams model and it was fully faired. They developed a new suspension called the parallelogrammo to eliminate the reactions normally induced with shaft drive motorcycles. Magni died in 2005.
Visit the site of Magni where you could just jawdrop on the stunning models of MV Agusta, Honda, Moto Guzzi and some Suzuki motorcycles.
Source of pictures: Asphalt and Rubber