It Is Finally Here! The long awaited CB1100 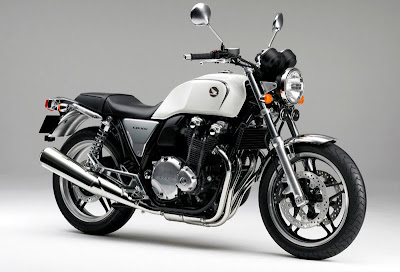 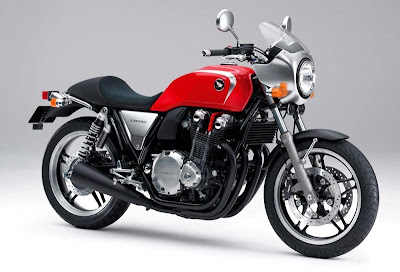 There is a reason why MCN is the favorite motorcycle magazinefor many bikers like us. It is always there first, every scoop, every test ride, every review, every imaginable comparision, they are always or usually the first one to do so. And this time they have got the scoop on the long awaited HONDA CB1100. This is the most beautiful to-be-launched bike and definitely one of the most beautiful retro naked bikes to be launched or in production. Calling DUCATI Sports Classic and TRIUMPH Thruxton, now you have some serious competition!
A lot of bikers (including me) has for long salivated on the drooling killer looks of the New-Age Retro which is a complete take on Café Racers. 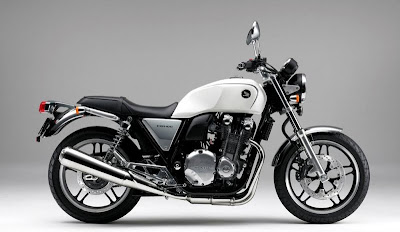 MCN has posted the following in the ‘News’ item as of today (30th September).
Following is the copy paste version as what has appeared in MCN.

These leaked pictures finally reveal the production-spec Honda CB1100 plus an unseen café-racer concept. The two CB1100s will be revealed officially at the Tokyo show next week alongside an electric Cub step-through prototype and a touring version of the automatic DN-01.
No information is available yet – though it’s clear the CB1100 uses a slightly different engine to the prototype which is believed to be physically larger. The wheels have changed, and the stylised calipers of the concept bike have also made way for standard Nissin four-piston calipers. But overall the look is very similar to the 2007 concept. The CB1100 Customise Concept is based on the same parts, but demonstrates the possibility for period-style customisation. It’s unlikely the bike will be made as a stand alone model, but it is possible that Honda will offer all or some of the parts for owners to create the bike themselves.
The DN-01 Touring Concept is also just a concept – but expect to see the parts go on sale for owners to add long-distance practicality to the quirky auto cruiser.
The electric Cub is the smallest of the new machines – but while it is just a concept now, the production version could be one of Honda’s most important machines since the original Cub. Eco-friendly motorcycles are set to become big business – and Honda is clearly looking to make the technology more accessible.

Original Source of photos and infos: Of course MCN
I have also posted two other posts of the CB1100 in the blog which you can find here and here.