Received this through the subscription of DUCATI newsletter. So, the news is that the Ducati Multistrada 1100 will get a bigger brother, the Multistrada 1200 and this is probably not just a bigger bored engine as from the looks of it, the 1200 is going to have a new body as well. Well, there is not much or any info on it. And the video is not very revealing either. But you don’t have to wait for too long. In 9 days, 17 hours and some minutes, or to be precise, on 9th November, Ducati is going to unveil the new Multistrada 1200.
There are some scoop photos on the always reliable Solomoto30. And from the internet news, it can be said that the 1200 engine is derived from the World Championship-winning Superbike 1198 Testastretta engine. Visit the official Multistrada 1200 website. 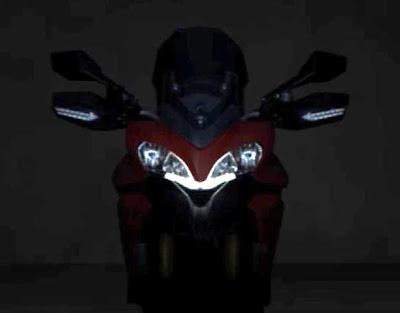 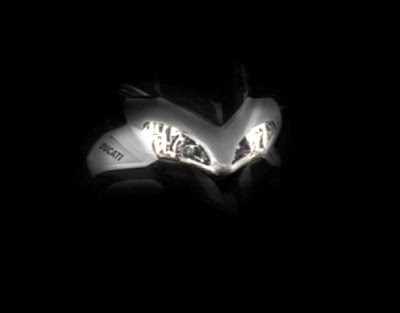 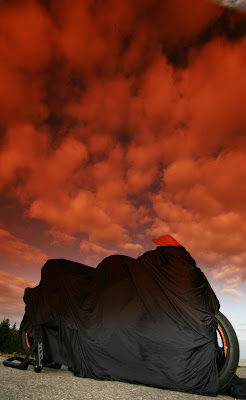 And here is the big news. It has only been this month that VYRUS released the ‘World’s Fastest Bike’ in the form of the 987 C3 4V in an astounding price of $112,000 for the top model, but now its Breaking News! In 28 days, on November 28th, at the Essen Motor Show, you will be able to watch the bike which is going to beat the Vyrus 987 C3 4V.

The Asphaltfighters® STORMBRINGER powered by WARM UP celebrates its world debut as the world's fastest street bike at the ESSEN MOTOR SHOW 2009 on November 28th, 2009, at 10 a.m.

proclaims the Asphaltfighters STROMBRINGER website. Sorry, but I have never heard about them before so cannot give any info. According to the website, The ‘World's Fastest Street Bike’ will have a top speed of more than 320 km/h, that is 200mph, a power output of MotoGP proportions of 220 hp / 161.9 kW, which with booster is capable of further 60 hp belting out and astounding 280 280 hp / 206 kW. From the website...

Spectacular design and systematic light-weight construction combined with revolutionary features never before seen on a motorcycle. The ultra-high-performance bike will be on display at the Speed Bike Show in hall 6 at the Essen Expo Center starting November 28th.
The Asphaltfighters® STORMBRINGER concept is transformed by WARM UP Zweiradtechnik GmbH, one of the world's leading custom bike manufacturers based in Germany, into an ultra-high-performance motorcycle that is in a class of its own. This motorcycle offers not only a unique symbiosis of superior performance and extremely sporty handling but also an exclusive equipment level with innovative
and thrilling details.
A large contribution to the realization of this dream on two wheels comes from the Asphaltfighters® STORMBRINGER technology partners. Only the very best addresses in the world of motorcycles suffice: ABM, Akrapovic, BelRay, Beutler Lackdesign, BIKERBOX, gilles tooling, Kellermann, Melvin, OZ Motorbike, Puig, Emil Schwarz, Spiegler and WAECO contribute their collective know-how and their best components to this High Tech bike.