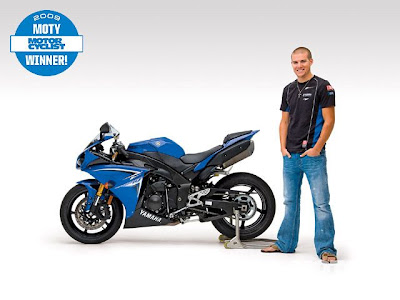 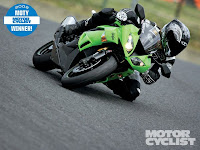 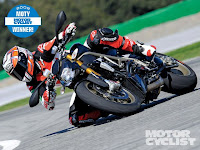 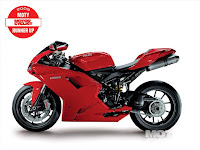 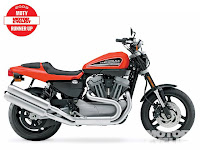 U.S motorcycle magazine Motor Cyclist has announced their 2009 MOTY (Motorcycle of the Year) Awards. This year has seen a lot of new bikes as in completely *new* and not 2009 editions, for example the DUCATI Streetfighter, BMW S1000RR, HONDA Fury, etc. But it was probably not very surprising that YAMAHA won the award for Motorcycle Of The Year for the 2009 YZF-R1. After all, critics all over the world has voted it as the best Superbike beating the likes of the HONDA CBR1000RR thanks to the new (or reinvention of the) crossplane crankshaft technology. Surprisingly there was no ‘Best New Bike’ as it would have really been something matching the Streetfighter against the new BMW S1000RR. 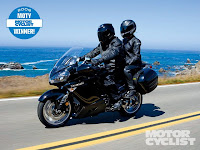 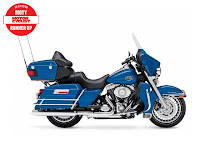 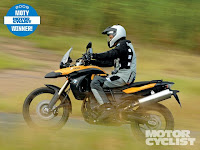 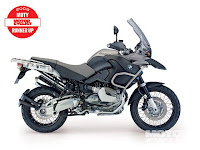 Another surprise was the APRILIA RSV4. Although it did get the ‘Best Dreambike’ Award, I am sure it could have gotten the 2009 MOTY too. In the Dreambike category, the new BMW came in second, probably due to the fact that the MotoGP version has not been that successful as the Aprilia bike and of course the Aprilia is really a dream to look at. What initially seemed like a surprise in some sections like the KAWASAKI ZX-6R winning the ‘Best Sportbike’ Award ahead of the DUCATI 1198, the magazine has very well justified the reason for voting such awards. KAWASAKI Concours 14 has deservedly won the ‘Best Touring Bike’ Award beating the hugely expensive HD Ultra Classic Electra Glide to the second position. 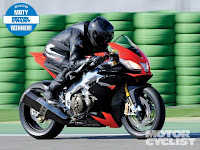 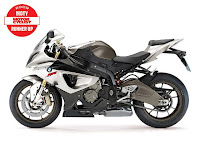 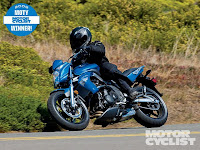 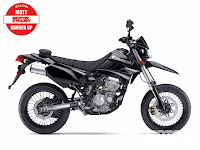 The Streetfighter has definitely found lots of favour and won the ‘Best Naked Bike’ Award, but somehow I feel the bike is just too overdone and surprisingly the HD XR1200 got the second position. No prices for guessing who would win the ‘Best Adventure Bike’ Award, well it was BMW and the F800GS got the better of the R1200GS and for good reasons. A surprise (kind of) was in the 'Best Dirt Bike' Award, was won by the Swedish firm HUSABERG for their FE450. Why I say it as a surprise was because KTM didn't feature even in the 'Alternate' section as HONDA won that spot with their CRF450R. KAWASAKI won the most number of awards, 4 in all, 3 in the ‘Best’ categories and 1 in the ‘Alternate’ or second best category. They won the VFM award too and won both ethe ‘Best’ and “Alternate’ section for their KAWASAKI ER-6n and KLX250SF respectively. 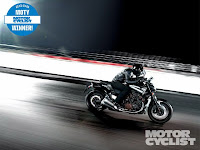 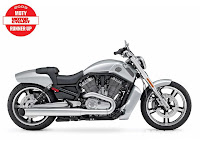 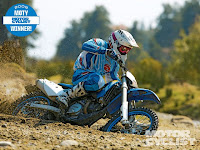 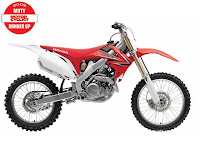 The muscle bound 2009 V-Max deservingly won the ‘Best Cruiser’ Award pipping the V-Rod Muscle to second place. HONDA didn’t get to win any ‘Bike’ award, but won a consolation price for ‘Best New Technology’ for their Combined ABS innovation, which is available in the 2009 CBR600RR and CBR1000RR editions and it was very deserving. All in all, KAWASAKI walked out with 4 awards including 3 in the ‘Best’ category, YAMAHA won 2 ‘Best’ awards, BMW won 3 including 1 in ‘Best’ and 2 in ‘Alternate’ while HD had 3 awards, all in the ‘Alternate’ category. Big names missing were SUZUKI and TRIUMPH which I feel had a deserving chance in the Sportbike category with the superb Daytona 675. Source of photos and information Motor Cyclist. 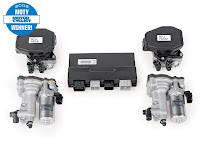 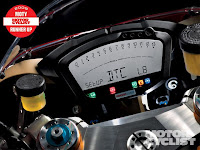 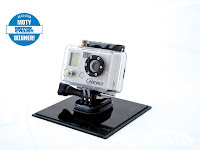 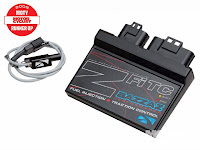