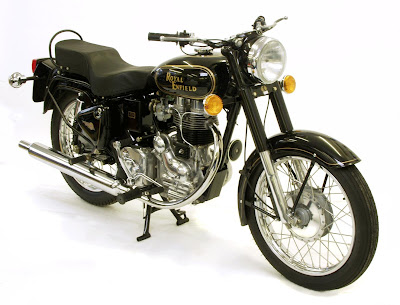 The legendary Bullet 350 need no introduction. This classic machine has kept place with advances in engineering and ergonomics without diluting its impeccable pedigree. A long wheel base and bigger tyres provide increased stability and road grip, making it ideal for long distance travel. It also features a neutral fider for easy shifting to neutral. Its aristocratic black & gold livery and thumping engine beat remind passers by that they are in the presence of automotive royalty.

Thus reads the introduction at the official Royal Enfield Bullet 350 webpage. While every bit of that is true, this legend came to an end. Last month (February) the oldest living bike in the world, the Royal Enfield Bullet 350 came to an end. I had wriiten a post on BIKE EXIF some time back on the Bullet 350 and one of the readers mentioned about being closed down forever. While I knew it had to happen some day, I never imagined it would be so soon. 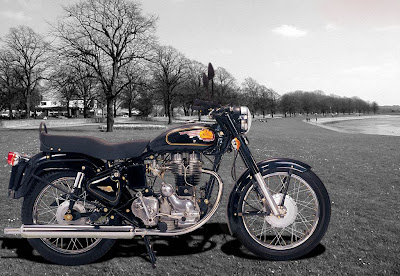 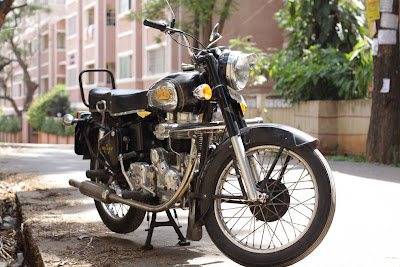 This is not the Classic 350 available now, but the original Bullet 350 which used to come in cast iron engine with a right foot gear and a left foot brake. Yes, (if you do not follow Royal Enfield company,) you just read it right. The bike had literally used the same technology that came out in the 50s till 2010. Absolutely no major changes and come to think about it, minor neither. This bike came out last from the Chennai factory this February as it did from the Redditch factory 60 years ago. The last real factory produced classic bike, the original British thumper had finally had to give in to newer technology and norms.
If you have still not got the entire picture, let me debrief you. Since Royal Enfield motorcycles available in Europe, U.S, India, Australia and Japan are all air cooled aluminum engines with EFI like many other regular thumpers except that the styling is purely from the 60s. In India however, there are two other models The Electra (not the one found in other parts of the world) and the Bullet 350 came in cast iron engines. Of the two, the Bullet 350 had all the characteristics of the 50s motorcycles. From the left foot brake to CB points, it had all. I don’t think the new generation would understand what a CB (Contact Breaker) point is. And how many of you have actually heard about a bike with two separate units for a single motor? The Bullet 350 had a unit for the gear box and a separate unit for the rest of the engine. Just like a bike from the 50s. The first ‘Bullet’ came out in 1948. 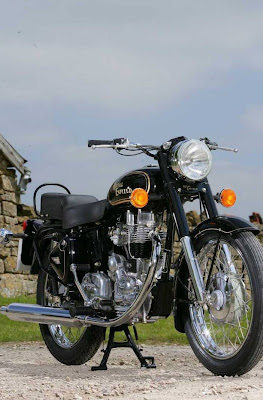 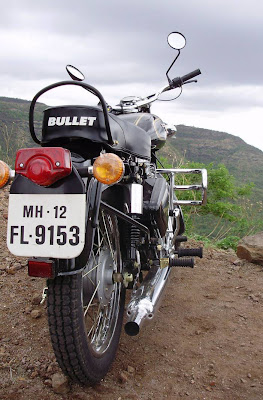 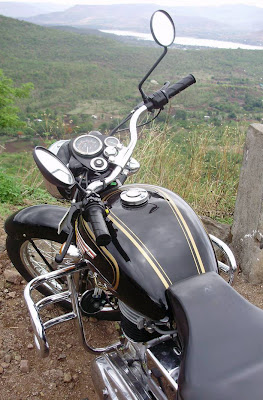 Initially till the early 90s, this was the only model which came out from the factory along with a Machismo model which was the same thing with chromed tank and mud guards. Later with the invasion of Indo-Japanese manufacturers (Hero Honda, Kawasaki Bajaj, Ind Suzuki later transforming into TVS Suzuki and Escorts Yamaha) with smaller engines but much more economical, refined and easier to ride motorcycles, Royal Enfield made variations to the engine and came out with new engines but all the while the Bullet 350 was still kept on production. Even the quality of parts used to be the same which meant in comparison, it was at the very bottom of the list in terms of quality of components. Of course Royal Enfield had to make the changes to keep up with the times and a very big credit goes to Mr. Siddharth Lal, who joined as CEO (I believe in the early 2000) who understood the new bike culture and also because he himself is a passionate biker. Still with just the military/ police orders and the regular Bullet lovers, sale of the entire range of royal Enfield motorcycles were less than 2000 per month where as companies that came in the 80s like Hero Honda were selling more than a 100, 000 bikes a month. The bike market in India is very large but primarily as a transport mode in an economical way. Still Siddharth knew even a very small fraction of the bike market do look at it as a leisure mode and with India’s booming economy this part was sure to grow. Royal Enfield of course never wanted the volume segment but always was after the niche market. So the changes came.
First came TCI in place of CB, then came the right foot brake, then came the AVL lean burn engine, then came the ‘Unit Construction Engine’, then came Electric start, then came EFI spilling over various models but the Bullet 350 was always there. Part of it was because of the legendary image it carries, the heritage and also because people ‘wanted’ the Royal Enfield to be Bullet 350. 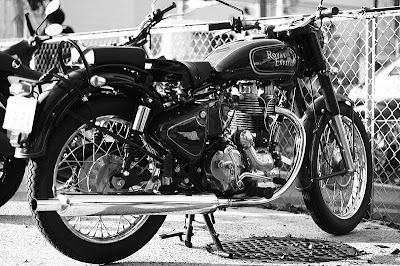 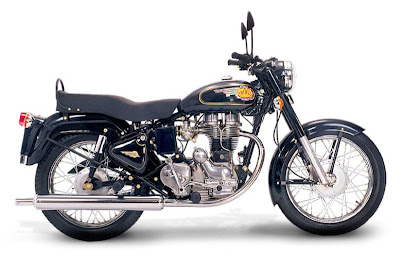 Also the fact that in rural India, which is the primary market for Bullet 350, people swear by it and refer to it as ‘Raj Gaddi’ or the ‘Kings Vehicle’. Definitely there is something in the Bullet 350 that is like an addiction. You can ride the new Royal Enfield Classic 500, you can ride a Harley, you can ride a V-Max, but nothing is comparable to the Bullet 350. It is difficult to stat exactly what but you will understand it only if you ride it. Maybe because of the cast iron engine, maybe because of the thump, maybe because of its rock steadiness at 80kmph, whatever it is, you WILL fall in love with it.
What is so great about the bike? Absolutely nothing. It so hopelessly out-powered by any moving 2 wheeler half its engine size, at anything north of 80kmph, it vibrates as if there is no tomorrow, to start off the big engine on a cold morning sends chill down your spine, it is very very moody and it will suddenly stop for no reason. You will make all efforts of igniting the engine, but it won’t even budge and then after pushing it for 2-3 kms to the nearest garage, it will start on half a kick when the mechanic starts it. He will then just smirk at you when you know inside his mind he is laughing at you saying, ‘God Knows now a days just about anyone thinks he can ride this legend’ and all you can do is swallow your pride. Then reaching home you see your pants are smeared in oil and Mobil from the 1001 leaks available free on the engine. Next day morning when you have to rush to office, you see a young man on a puny Yamaha 150cc bike easily passing you and you think, this is the last day you will be riding this old fossil guzzling dinosaur and you will settle for the mode practical sub 200cc bikes with better fuel efficiency and with 1/10th of niggles. Really there is absolutely nothing good going for it. You are riding at a leisurely pace at 70kmph and all you notice and feel is the rock steady engine, the silken smooth machine not making even a mention of the potholes and the superb straight riding posture and this reminds you about the time when you were riding solo on the Himalayas or the long 7 hour journey on the national highway with pot load of goods all around the bike carrying probably more than 200 kgs and it doesn’t even bother to winch and then you think, ‘I am not that dumb that I will settle for anything else’ and so the Bullet 350 stays with you for some more months till the next time another breakdown happens and the same cycle is repeated. 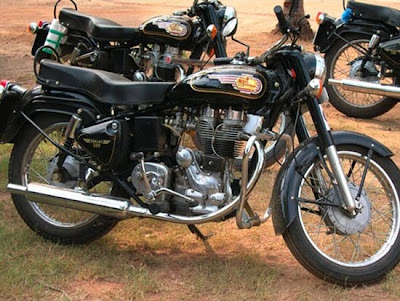 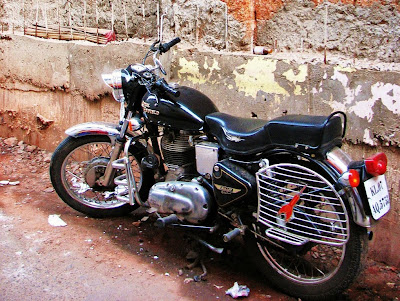 I was born in the 70s and have been hearing stories about the Bullet 350 since my childhood. So the Bullet 350 was ‘the bike’ I needed to have and I have been riding one since eternity. But now with the new generation waking up to the faster and lighter Japanese models and our generation graduating more into 4 wheelers as a regular means of transport and leisure (since we have families now), Royal Enfield had to give in to the new generation. Demand for the Bullet 350 has always been the same roughly selling out 300 bikes a month, but the other newer models like Thunderbird and Electra have been Royal Enfield’s primary bread earner. Also it makes sense as all the bikes have the same engine and with tighter emission norms, the Bullet 350 had to go. Still if Royal Enfield could make it as a custom demand bike, it would really be great. Despite all the niggles and everything bad and slow about it, you just cannot forget a Bullet 350 once you have ridden it. The legendary ‘thump’ will echo for the rest of your entire life.
The Bullet 350 is dead! Long Live the Bullet 350! 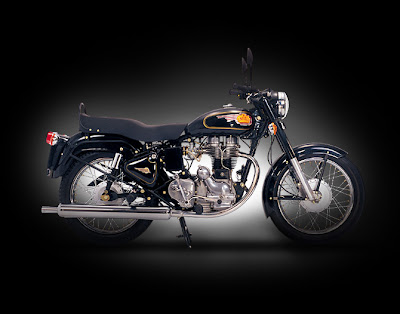 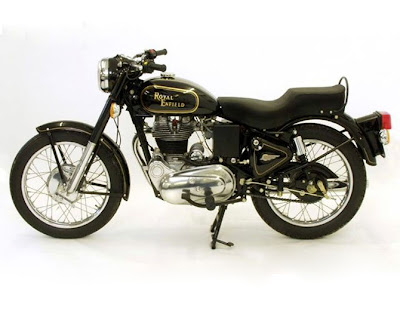 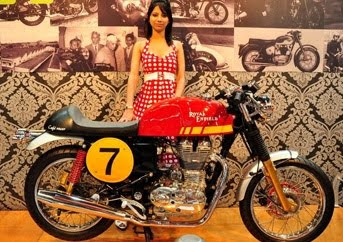 Well all is not that bad either for the hardcore Bullet 350 lover. Royal Enfield is bringing it back with the exact same look that has mesmerized fans all over for over half a century. Catch is that even this bike will have the AVL Aluminum UCE. At least in terms of looks it will be more or less the same albeit we will miss the legendary thump. Royal Enfield showcased their Bullet 350 with the new engine at this year’s Auto Expo in January at Delhi. There is also the beautiful Café Racer in the pipeline, but that is coming to production in late 2011 or early 2012. Cross your fingers!