The Famous BONNIE of Steve McQueen 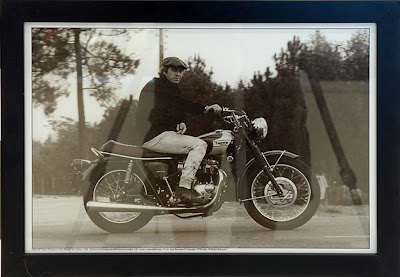 Steve McQueen on the 67 TRIUMPH Bonnie during a break at the shooting of Le Mans
"When you're racing, it's life. Anything that happens before or after is just waiting." A famous quote from Steve McQueen from the movie LE MANS . 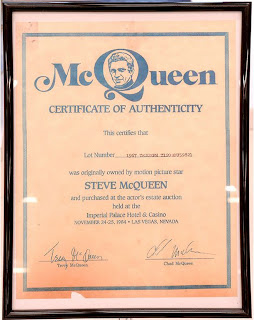 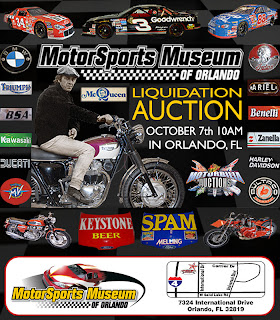 Some lucky buster, somewhere in the US now posesses what bikers term as the 'Celebrity' machine. The Triumph Bonneville doesn'y need any reps from any celebrity to up its ante as it has more than enough credentials on its own to outshine ant bike. But if a celebrity, that too, one whose love for fast cars and bikes are legendary, rides one of theses, imagine what a aftermarket price it would get! 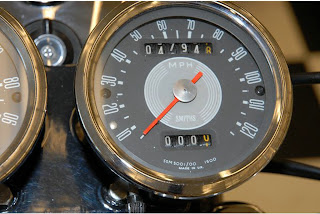 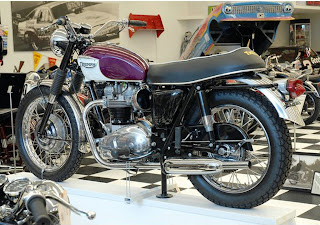 Well Motorsports Museum of Orlando auctioned the hallowed Bonnie ridden by the great Steve McQuinn in the movie Le Mans. It was to be auctioned by fall last year so by now it is resting in some rich boy's living room. Estimated between $ 50000 and 70000, bidding was to be started from $ 100000 as the bike would be accompanied by a certificate of authenticity and a photo of Steve McQuinn on the said bike. 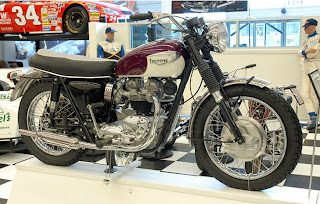 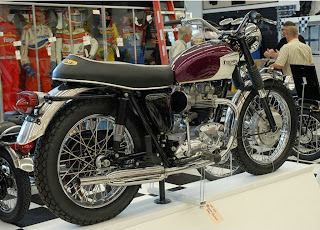 The model is 1967 Triumph Bonneville T120R. The bike has been carefully restored and reconstructed with its chrome, levers, brake support, wheel nuts and the original SMITH speedometer reading 4794.8 miles. Only the exhaust has been replaced.
Mentionable other great Car & Motorcycle movies from Steve McQueen would definitely include his biggest hit BULLIT and the cult movie THE GREAT ESCAPE 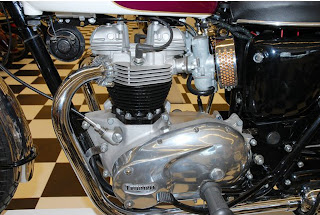 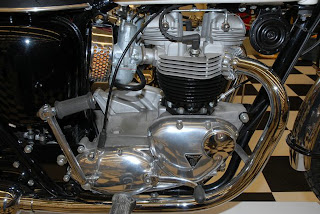 Below are some stills from his great movies, secondary source - IMDB. Clicking on the photos will take you to the hosted images on the IMDB portal