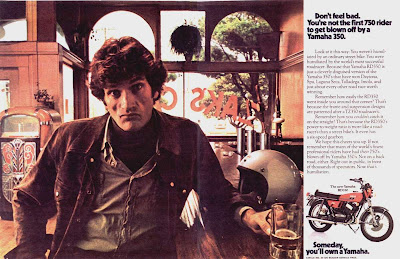 Take a look at the ad above, the first one. Now imagine you are driving a rev happy 4 cylinder 750cc beast with the wind crshing on you as the beast lungs are screaming in full glory. Then someone zips past you and as you try to catch up the one who just zoomed by you realize its gone... beyonf your reach. Then when you catch up with the guy in the next cafe, you notice the bike that just zoomed past you and you see its a bloody damn 2 cylinder 350cc bike! How will you feeel? Well, the picture or the advertisement rather, tells you the mood of the guy driving the 750. And as the ad says he is not the first to be embrassed. That particular 350 could have been and actually is the one bike which is hallowed and revered, it is the YAMAHA RD 350! also known as the 'Giant Killer'. Click on the ad to view its full size for reading the text on the ad. 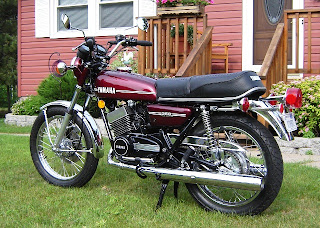 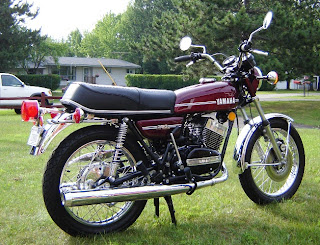 The RD besides being a legend has acquired such as cult status among bikers, that they swear by its very existence. There has been no bike like the RD and will never be. The torque induction 2 stroke legend from Yamaha has 'been there , beaten them' all. Yes, there has been bikes of similar capacity with similar power ratio, but the thrill of the RD is beyond comparision. Its not describable. You have to drive it to understand it. Its the "FEEL" that sepeartes a RD from any bike. 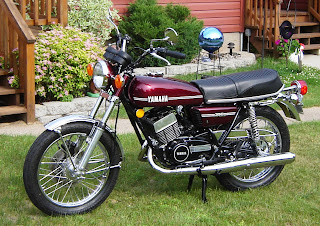 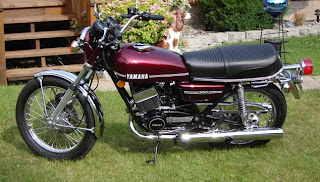 With a 0-100 under 7 seconds, its not how fast it goes, but how it goes! The instant surge at any gear to do wheelies on its own is something you have to feel it. This lightweight super-powerhouse has accolades beyond any record keeper can keep and still now after 3 decades of its launch is a very sought after bike. 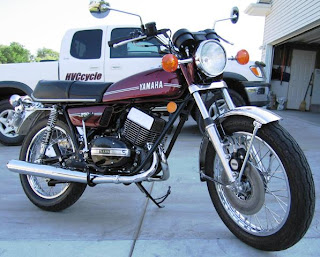 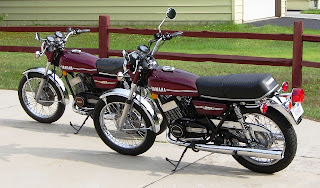 Launched in the early 70's it evolved from the 5 speed Yamaha 350 cc "R5". It had a 6 speed air-cooled parallel twin doing duty on the first model and later it got liquid cooled engine in its siblings to make it even more potent and various upgrades including increase in cc continued till early 90s and all went to continue the legacy of what RD stood for - 'Race Derived'
The first RD released in 1973 was named RD350 followed by RD350A in 1974 and RD350B in 1975. This particular model (B series) made it to India with a Yamaha - Escorts partnership.
All models were equipped with "Autolube" automatic oil injection, relieving the user from the need to be mixing gasoline and two-stroke oil. For this there is a gasoline tank under the seat.
The frame dimensions of the street 350 were very similar to the famous Yamaha TZ250 and TZ350 series factory road race bikes, differing mainly in weight and front fork rake - the RD being ~27 degrees and the TZ being ~25 degrees. 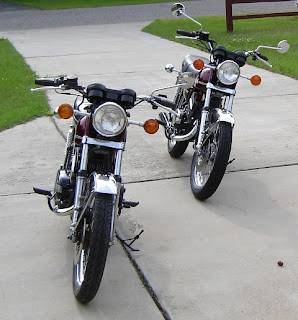 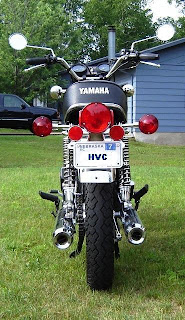 The initial stock bike made 39 rear-wheel HP at about 7500 and records say that it regularly use to beat bigger bikes like the Kawasaki H2 750cc Triple making 72 HP.
The 350 evolved into the more refined and cleaner running RD400C in 1976, the "D" and "E" in 77-78 and the final model, the white 1979 RD400F.
For pictures for each series, just google through the millions of websites dedicated to this bike from virtually every country on earth. For your help, posted below are some famous RD websites. 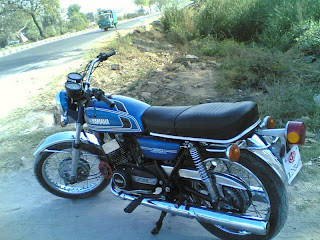 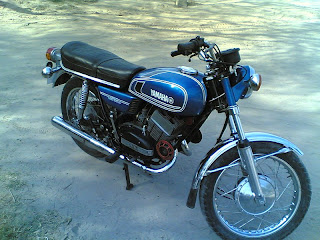 The early RDs were air-cooled models that were available from 1973 onwards. The early RDs were such a hit that the company produced many models and eventually the RDs became Liquid cooled machines capable of ridiculously high speeds. The Liquid Cooled models were called 'elsie' , that is LC.
These Elsies were such a rage in the early 80s that, there were entire girds of upto 40 bikes in the production series. The bikes were easy to work on and maintain and were a cheap source of total entertainment. 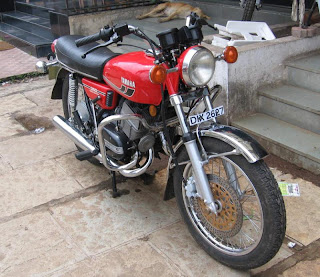 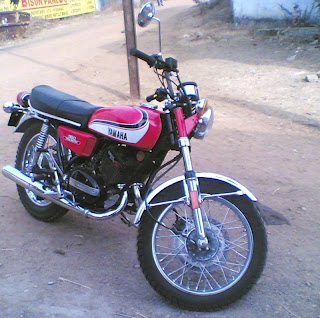 In INDIA
A special mention needs to be made with regards to the Indian connection. Why? Because in India, it is STILL the fastest Indian production bike. Well recently we have started getting the R1s and MTs, but all these bikes comes as CKD or CBU. There was the BMW 650F which might have been faster, but it was not a racing bike so the RD would have put a hole in it if dragged simultaneously. RD350 in India is affectionately called as YAMDOOT, the Yam from Yamaha and Doot from Rajdoot, the Indian parent company. Also Yamdoot in Sanskrit refers to the 'God of Death' and unluckily the RD350 has its shares of black pages not for its fault but the rider was never at ease riding a 350. Its said there has been no one who can tame a RD350. 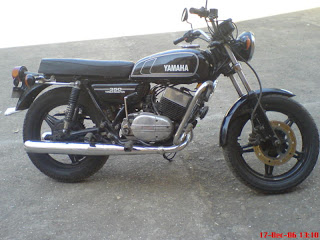 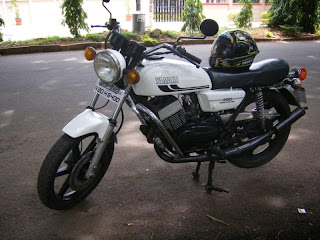 The RD sold in India was the Indian version of the RD 350-B that was sold overseas. The flagship model was a top of the line High end Torque road ripper, capable of speeds up to 160 km/h and with an acceleration of 0-100km/h in 7 sec. This bike is easily the fastest bike ever to be launched in India. The RD was an excellent mix of power and handling but failed in the Indian market. It was seen as a bike which was released much before time as Indians then were accustomed only to slow moving Enfield and the Czechoslovakian Jawa. Also its low fuel economy added to its misery and the last 350 was rolled out in 1992. This was before Escorts detuned the (already detuned HT) bike from 32 bhp to 24 bhp, but still the sales faded away.
Surprisingly after the bike stopped production, RD craze sky rocketed. The Gen X gathered whatever was available in the market and second hand bike prices even today cost much more than other brands new bikes. 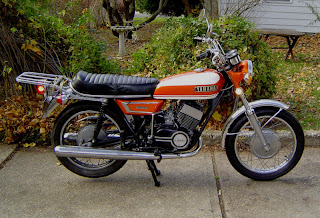 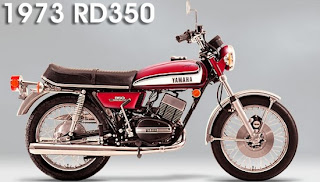