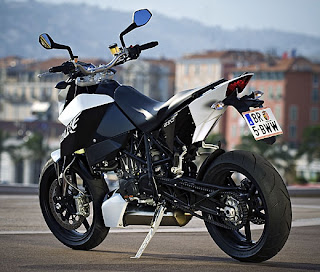 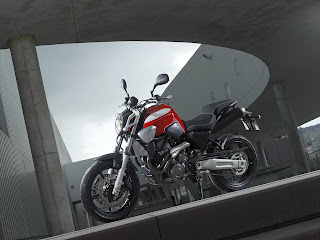 As a thumb rule, besides the beginner's street legal bike, single cylinder bikes with 250 to 400 cc range are usually used for dirt and off road activities and of course the fun in riding these motorcycles is by far the best compared to any breed. But these bikes are not street legal. Now imagine if these bikes were made street legal but with added capacity, say 600+ cc. NOW imagine the fun !!!
Deriving 600cc from a single engine will be the literally F U N ! Yes, there would be vibrations! But imagine the torque it would generate, after all you need serious torque to pull a bike which has a machine of 600+ cc. And lets add some 60+ Nm of torque at low rpms say 5000 to 6000.... These bikes would literally pull off even at the 3rd or 4th gear from a stand still. 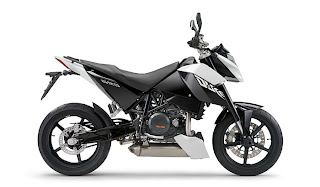 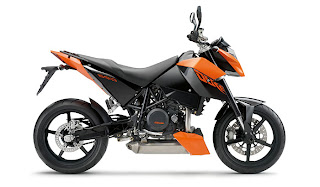 KTM and YAMAHA has read many a bike lovers fantasy and they more or less together at the same time will be launching huge single cylinder 'torquey' bikes. While KTM announched that the DUKE 690 has the biggest single cylinder ever made at 654 cc, Yamaha has also showcased the humongous MT - 03 dethroning KTM from its place by launching the bike with 660 cc. Both these monsters are mainly STREET BIKES with ample of torque for city racing and targetted (of course) at the young. Both are extremely good looking well thought of concepts and you can say lots of hard work has gone into making these machines by just looking at the finished product. 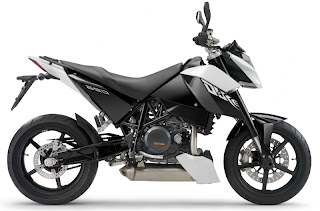 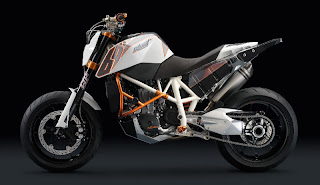 The KTM DUKE 690 machine develops a whooping 67 Nm of torque at 5500 rpm. And KTM has declared that at 65 bhp, this beast is the most powerful single cylinder street bike ... ever! The 690 Duke is fitted with a chrome-molybdenum tubular space frame which makes it light indeed touching the scales at just 148.5 kilos. Add to it a very short wheelbase of 1420 mm, and what you get is an extremely agile, roaring to rip off the blocks mean machine. It has a a one-piece aluminium die-cast swingarm, 48mm USD fork at front, fully adjustable monoshock at the rear, with a Pro-Lever linkage system. Braking is aided by Brembo units – 320 mm floating disc, with radially mounted four-piston calipers at front & 240 mm disc with single-piston caliper at the rear.
Its contour was modified to conform to the bending moment curve using special ribbing and various wall thicknesses, to give it optimal torsional and flexural rigidity in conjunction with the lowest possible weight. KTM's 654 cc engine is fuel-injected and has the ‘LC4’ engine. The 'LC4' engine distinguishes itself through state-of-art technology, low weight, its very compact construction and its outstanding performance data. Top power output is claimed at 65 bhp. The LC4 engine is supplied via an electronic injection system, which features a 46-mm throttle plate cross-section, automatic cold start, idle-speed regulator, lambda control and altitude compensation. The EPT System (Electronic Power Throttle) produces a very homogenous power output, because the position of the throttle plate is electronically controlled in addition to the manual operation of the throttle.
Specifications
Engine - Liquid Cooled, 653.7 cc, four stroke, single Cylinder, SOHC, 4 Valve per cylinder,
Bore x Stroke & Compression ratio - 102 x 80 mm & 11.7:1
Induction & Iginition/ Starting - Generation Keihin EMS with EPT (Electric Power Throttle) & Kokusan DC-CDI / electric
Clutch - APTC multi-disc wet clutch, hydraulically operated
Max Power & Torque - 63 hp @ 7500 rpm & 65 Nm 47.9 ft-lb @ 6550 rpm
Transmission / Drive - 6 Speed / chain

Visit the KTM website for more info. There is also a specialized KTM 690 DUKE website dedicated to the 690 only. 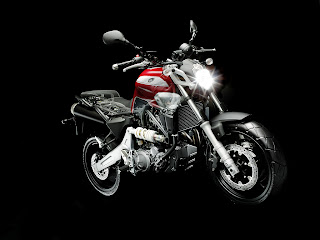 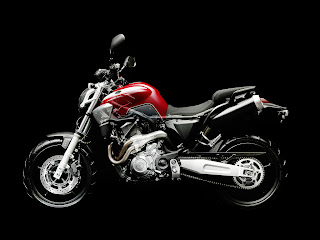 The MT-03 is symbolic of what YAMAHA ‘unofficially’ stands for. Rebel without a cause…. Extremely rugged yet good looking, a traditionally Yamaha in being a revolutionary machine and of course what Yamaha truly stands for… Performance. This is the street bike, younger brother of the hugely successful MT-01, the performance tourer. MT-03 is a style icon built to bring big fun to the city and to the curves with a light, compact, fuel-injected engine that’s full of power for instant thrust at any revs, plus a short-wheelbase chassis with focused centre of gravity that allows remarkable control and excellent traction on all kinds of roads.
The high torque machine can pull off from low rpms thanks to the fuel injected 660 cc single cylinder. The chassis is new, built for street racing… err.. biking.You get a short wheelbase, low seat height, focused centre of gravity to give the mean machine extreme agility to maneuver the curves. But that hardly means that you will miss the ‘Motard’ fun. Take it to the beaches or to the mountains, it will leave you pleased everywhere. Ask any hardcore Yammy fan, there is a binding with the motorcycle unlike with other brands, say Honda where you love the machine. A Yammy fan binds to its beast with passion. 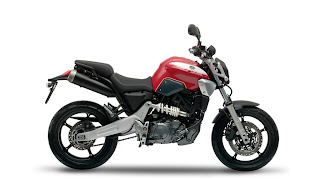 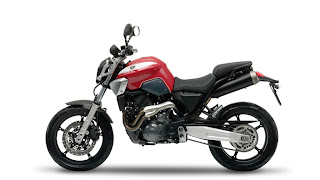 The third in the series of MT after the MT-01 & MT-0S, what the specialists are saying that the MT-03 is the mechanical embodiment and expression of Kodo, a word which means not only heartbeat or pulse, but also a pulsating drum beat that appeals directly to human sensuality. Albeit not having a twin like the 01 or 0S, the MT-03 is ready to deliver instant excitement at any rpm. In the city this radically styled big single is one of the quickest and most rewarding ways to get from A to B. And out on twisty country lanes this new super-agile high-torque roadster-motard has the potential to pack in more action per kilometre than just about any other machine. Ymaha is launching the MT with 2 phrases - ‘super-agile handling’, and ‘high torque output'. The new MT-03 is based closely on the highly-acclaimed XT660 powerplant. With its high levels of low to mid-range torque, this liquid-cooled engine has already established a strong reputation with XT660 owners, and Yamaha’s engineers decided that it was ideally suited as the base engine for the new MT-03. The 4 Stroke 4 valve liquid cooled SOHC engine belts out the maximum power at 45 bhp of horsepower at 6000 rpm and a whooping 56.2 Nm of torque deliverable at a astonishing low 5250 rpm. With a wheelbase of just 1420 mm and wide & high handlebars, this will become one of the most sought after MOTARD. So far, YAMAHA is keen to launch the motorcycle only in the European markets. The Japanese market will surely recieve this wonderful machine followed by the American market. 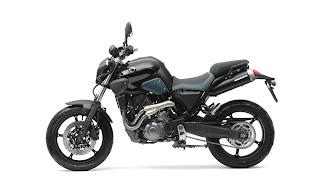 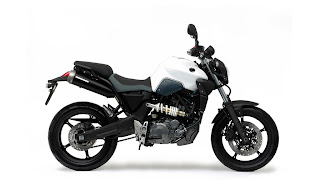 Visit the YAMAHA UK website for more details or visit the specialized YAMAHA EURPOE MT-03 website for loads of photos and infos.