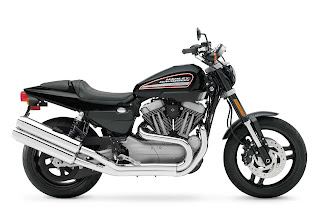 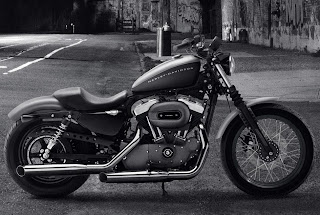 The XR 1200 Prototype & The XL 1200N Nightster
Yes & No! Yes, there is a new HD on the way, No, actually there is no NEW X series.
What I meant is that a new HD based on the famous XL is going to be launched this June. Its the HD XR 1200 based on the XL 1200 Sportster. And its for Europe, Middle East & Africa. At least thats the plan, no USA or Ocenia or Eastern Asia release. The news is of course old, coming from the press conference at the 2006 Intermot in Cologne, Germany.
HD has always stood for style. There bikes are simply...aah! The Nightster is the pinnacle of style in 2 wheelers and the new XR 1200 is just a step ahaed, if not at par. 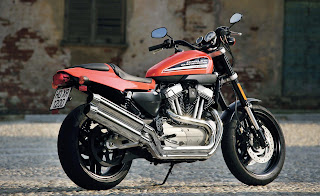 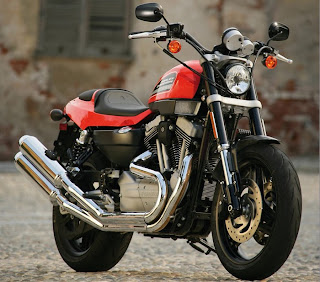 So whats new in the XR? Well, its along with the air cooled XL engine, it has a downdraft fuel injection for instance. The all new chassis has sporty pipes and loads of ground clearance. Performance are upped, but not by much to 5 - 10 bhp with around 75ftlb torque aided by an electronically controlled active air intake system. The XR 1200 prototype places an emphasis on performance and handling with styling inspired by the Motor Company's legendary XR 750 dirt track racer. Clearly the target is the European market where performance is a big thing. "As Harley-Davidson seeks to further grow its presence and sales in Europe, INTERMOT and subsequent major European events will be used to carefully evaluate media and public reaction to the XR 1200 prototype" said John Russell, Vice President, Harley-Davidson Europe. It also has specially tuned Showa suspension with 43mm inverted front forks, high performance four-piston caliper Nissin brakes, specially developed Dunlop Qualifier tires. 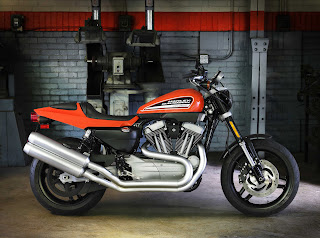 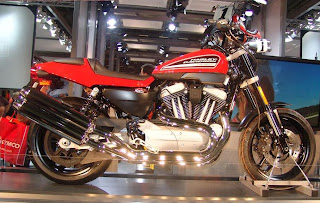 In short, it's intended to be the Sportster that emphasizes sport. Styling cues from the XR750 racer include the solo-style seat with its tailsection, but there is a small passenger pad atop it, it alos has special lightweight blacked-out cast wheels. For the first time ever, Harley's traditional air cleaner is absent from the right side of the engine, and the airbox appears to be tucked up under the fuel tank.
To know more about the bike, visit any HD European website. Here is a link to the HD UK website where you will find the XR 1200 in the index page.
A related article in Motorcycle Cruiser. 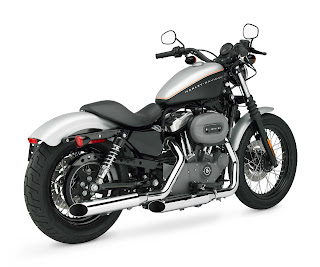 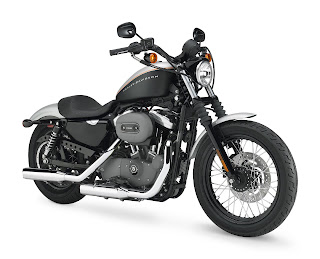 The Harley-Davidson XL 1200N Nightster is a variant of the Sportster motorcycles with the "NIGHT" attitude of the HD series. HD has started the DARK CUSTOM series including the NIGHT ROD, NIGHT TRAIN among others. The machines overall get a dark mood tratment with a matt black finish to these specialized custom bikes.
For the Nightster, stunning looks, low chassisand a definite young urban feel made for the street seems to be the mantra. It has the rubber-mounted Evolution V-Twin engine. The XL 1200N Nightster sports a matt black finish giving ita massive boost to the bad boy image. "With loads of truly select features and components, the Nightster takes all the enhancements made to the Sportster family in recent years to an entirely different level" said Bill Davidson, Harley-Davidson Director of Motorcycle Product Development.
The Nightster has a distinctive look and feel that will easily stand out from any crowd. It has the lowest seat height among all Harleys and it sports a solo seat. The Nightster features a host of black components, starting from the black wheel rims and hubs, headlight cover, handlebar, levers, turn signals and air cleaner insert are all finished in black. The rear belt guard and front fender clamps are also black. The rear fender is cut back to show more of the rear tire. The Nightster features a side-mounted license plate holder and front fork gaiters. Even the 1200cc Evolution engine features a new Medium Gray finish with polished and black treatments. The transmission and airbox cover also sport the new finish. It carries the Electronic Sequential Port Fuel Injection (ESPFI) from the Sportster series aided with high performance carbon fiber belts to improve the performance from its roots of the Sportster and improved front brake lever effort. HD has also provided the Nightster with high-compression, high-flow cylinder heads. 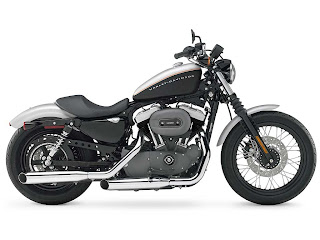 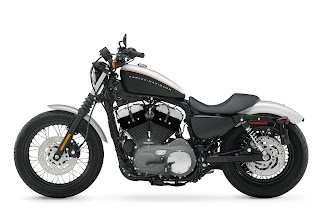 All in all, it gives a feel of a high class customized street bike with a real world performance figures. The Nightster has a unique Harley-Davidson fuel tank graphic. The fuel cap, headlamp trim ring and oil dipstick cover are coated in a new Silver Satin finish. The Nightster is offered only in North American markets.
Visit the HD American website to get more info and loads of pictures.