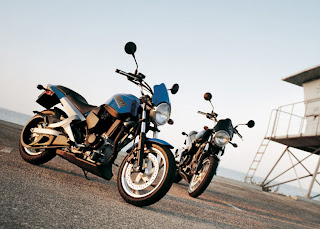 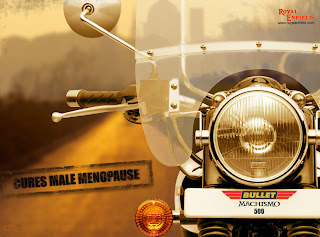 Featured here is one bike which is the oldest production motorcycle in history while the other is a relatively new company targeting at beginners. While one will remind you of the ageless metal bone crunchers, the other is a cute fun derivable bike. While one has weathered all the storm from the Japanese invasion and is still going strong, the other one is out to make a dent to the huge Nippon dominated market. While one attracts the tourers and those who are really passionate about bikes, the other attracts the energetic urban populace. As it seems that both bike just cant have any bigger rift, the heart of these bikes are very similar! Single big air cooled bores with pushrod engine with hydraulic lifters. 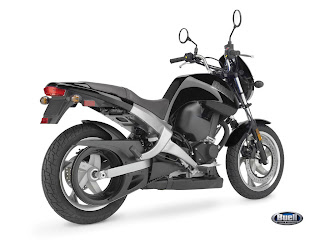 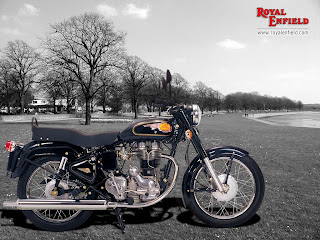 Its the ROYAL ENFIELD brand versus the BUELL Blast...
Its not 'Potato-Potato', but rather 'Thump-Thump'!. Well thats the sound of a 500 cc piston slap while the former is the sound of the V-Twins doing duty on HDs (as they are commonly uttered). "Thumpers" go Thump-Thump and Thumpers are basically big bore single cylinder engines. And Thumpers are damn addictive, specially the sound. And why not? There is a combustion for every 720° of crankshaft rotation and the vibration it produces rivals that of the diesel engines. The feeling is unique, nothing 'buttery'about it, but still 'smooth' in a way that the thumping is 'constant' in way that its so rhythmic with the rpm that one just cant but not fall in love. At high rpms, you can feel the vivrations right down to your tail. Also these bikes are simple and hassle free and almost any biker can get to the tuning. These thumpers are air cooled, single cylinder and although they are now coming with modern technology like fuel injection, they still retain the simplicity associated with bikes of yore. 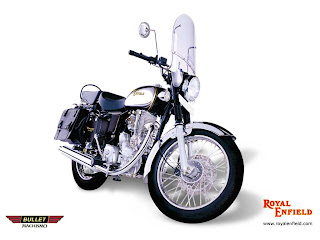 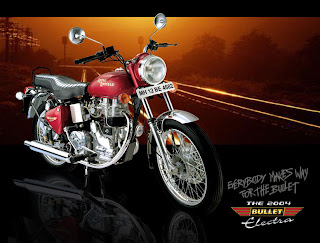 While all the engines coming out of the Chennai based Royal Efield (RE) factory has the same configuration with basic differance in bore and stroke (churning out the 346cc & 499cc models), the HD subsidary BUELL's basic begginers bike has a 492 cc engine.
RE is the oldest living brand of motorcycle with its roots streched out as far as 1851 and still continues to drive fans crazy with the very addictive sound. The former UK company, now settled in India has its main market in India, UK, US and Japan. It still continues to sell the same engine as it did 50 years ago with minor tweaks now and then. This lump of an engine has a power ratio that modern machines half its size have them and that too in just one side of the total engine. Its torque although is a shade better but these machines are not for the performance hungry. If you want a retro machine which is not up-to-'dated' or customized or want a machine straight out of the factory, then there is only one name - ROYAL ENFIELD. 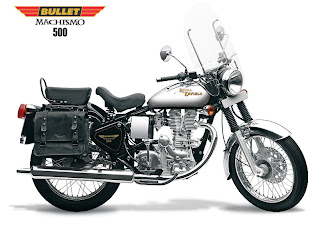 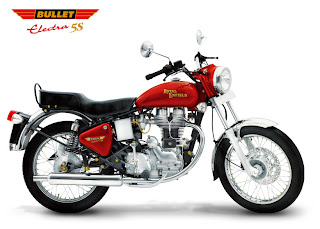 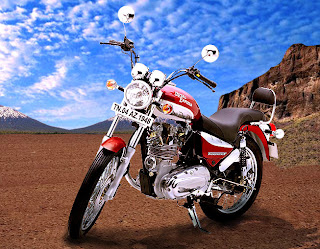 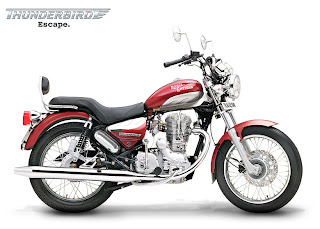 Now, why would HD and BUELL make something like the BLAST when they have those hugely successful HD cruisers and the supremely fast, very evolved and futuristic BUELL 'Lightning' or 'Firebolt' in their portfolio. Well, everyone just cant ride off a 800+ cc machine. They are way too powerful and occasionally heavy also. The Japs knew about this and although its a comparitively smaller market, the revenue is huge and as a reason you see a Honda CB250 or a Suzuki GS500 or a Ninja250, but very few American or European main market motorcycles under the 500 cc category. And those which are present are either powerful dirt bikes or commuters. The missing link is the person who wants a smaller street bike to gain experience before graduating into the big league. The plan was to develop an affordable, beginner's bike that would serve as a steppingstone to a V-twin Harley or larger Buell model.
The Blast engine is closely based on the SPORTSTER, but its a new design altogether. The frame is wide and rigid. It's mechanically simple, with the basic instrumentation (which means like the BULLET, it doesn't get a tachometer) and is extremely easy to ride. The machine mass isconcentrated along its lower axis, making for a low center of gravity and excellent response to rider inputs. 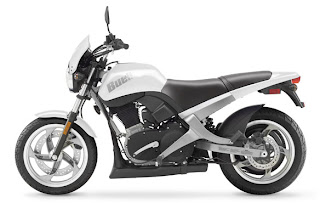 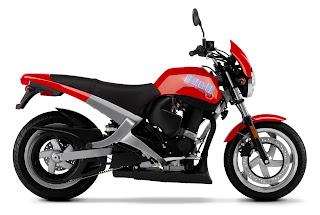 Both these bikes have modest power outputs which means the engine will get a long shelf life. The suspensions are nonadjustable and both bikes feature five-speed transmission. Interestingly, these bikes have some similar gaps too. Both bikes have false "neutrals" between every gear and occasional gear skips. The Royal Enfield bikes always had their gears on the right side and the brakes on the left until recently when they switched to the conventional way to pull more fans who had earlier shunned the bike because of the left footed brake. They also upgraded the models by adding a fifth cog and a front disc brake as standard. The Blast also has a rear disc brake and monoshock suspension as factory settings.
Now, lets talk about vibrations! Vibrations start with the starting of the engine and increases with the increase of rpm. At a speed of over 80kmph, the rear view mirrors just becomes a decorative piece. RE has added weights at the bar ends like the Blast to stabilize the vibrations but that just isn't enough. Well, you kind of grow with these vibrations and it definitely has a charm of its own! 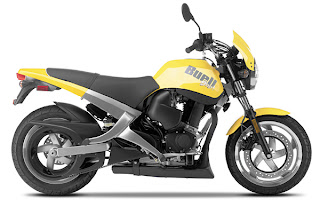 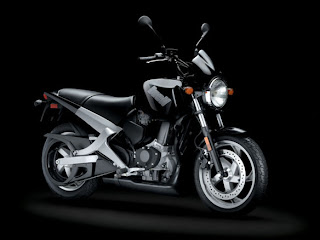 But in the performance front, these two bikes differ. While the Blast is very agile for urban street handling and patchy for touring, the Bullet is a mighty good tourer being the main protagonist of thousands of Himalayan tours but the city driving gets a setback as its not very rev happy specially at the lower rpms. This is due to the massive weight of the Bullet at 160 kgs with only 24 bhp on tap but the massive 40Nm of torque gives it some awesome pulling power. The Blast on the other hand has enough power at 34bhp to pull it through the gears but loses steam at climbing.
Both these bikes are easy on the pocket. Besides being easy on maintenence when it comes to fossil fuel, the Blast returning figures of 28 kmpl and Bullet 500 givng around 25 kmpl.
Buell Specifications
Engine - 492cc single-cylinder, 4 Stroke air-cooled engine
Bore & Stroke - 80 x 79
Maximun Power & Torque - 30 ft. lbs. @ 3200 RPM & 41 NM @ 3200 RPM
Bullet Specifications
Engine - 499cc single Cylinder, 4 Stroke, OHV, SI Engine, Air Cooled
Bore x Stroke - 84 x 90
Maximum Power & Torque - 25 bhp @ 5600rpm & 40.85 Nm @ 3000rpm
Visit the BEULL Blast webpage and ROYAL ENFIELD website for more details.