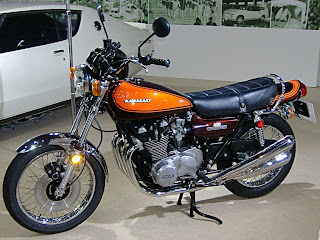 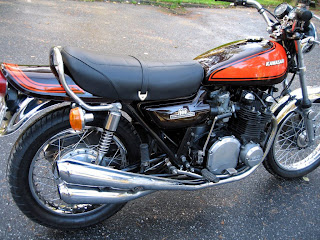 The 'King of the Road' as the Z1 was known during its days in the 70s was Kawasaki's first four cylinder 4 stroke bike introduced in 1972. Built upon the lineage of the earlier 2s 3-cylinders H1 & H2, it was the first 'real' high performance production bike of the world.
It is said that while Kawasaki was planning for a 750cc 4 cylinder 4S motorcycle to be the world's first, HONDA had already launched the (now legendary) CB 750 in 1968. To beat Honda, Kawasaki honchos ordered for a even bigger bike (thats why the Z1 is 900 cc) which should be more powerful than the CB 750. Not that it only beat the Honda, this was a bike in altogether a different league. Stunning looks, aggressive, the best in performance and a bike not making a hole in the pocket. This bike was for the masses. "The King" had arrived. Such was its popularity, that all the manufacturers went into producing bikes keeping the fact that their bike must outdo the Z1 and thereby there were a lot of me-too clones in the mid 70s. This can be cited as the biggest factor leading to the fall of the British Motorcycle industry. 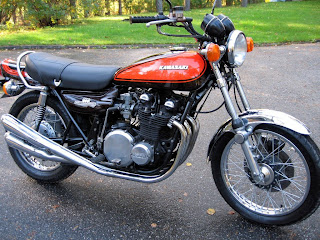 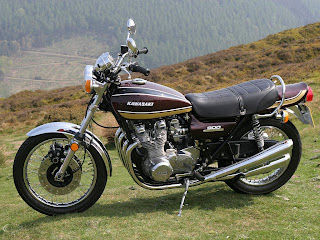 Yes! it was the Z1 which killed Ariel, BSA, Norton, Italian companies like Laverda, Moto Guzzi and made legends like Triumph and HD lie in their death beds. In the 80s, the Z1 capacity was increased to 1000 cc and then came the Z1000, the motorcycle which along with HD are still active in US police force. The 70s saw the emerging of 2 legends, the CB750 & the Z1. While Honda gave the world a practical, maintenance free good dependable bike, many hardcore bikers really really wanted something notorious, something obnoxiously fast with a devil of a soul and for them the CB 750 was just too sedate. What they wanted was actually the Kawasaki Z1. In fact as mentioned, the Z1 was to be born in 1968, lucky world, Honda came first with the CB 750 in the Tokyo Motor Show and so the hardcore bikers got what they lusted instead of the originally planned 750, a full blown high performance 900cc monster which was recording speeds of 160 km within 13 seconds! When the Kwack was tested in US in 1971, there were issues, the tyres didn't last, drive chains wore out, but there was one thing - the engine was bullet proof. Continious high speed runs in excess of 200 kmph also just couldn't put a dent to the engine. And this was Kawasaki's ace! 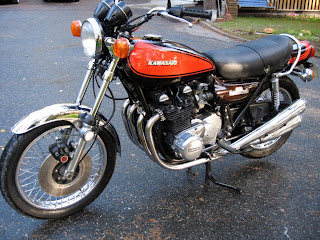 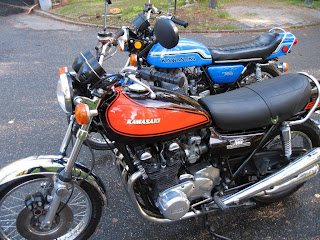 What added to its success was the fact it was a direct comparision of the CB 750 and anyone who didn't want the CB 750, went for the Z1. The styling of the CB 750 was generous and subtle with no frills, while the Z1 shined with all right curves with some delicious colours and not to mention high grade fit and finish. It was slim and vibrant.
But votes for the 'Greatest Motorcycle' just doesn't come from only hardcore bikers, there was the general public too. The handling was something which left a lot to be desired. The brakes haulting this monster were just not enough, the rear dampers were your back's arch enemy. When your bike is capable of 220 kmph constantly at any time, you need more assurance from a 81 bhp monster. And it was probably that factor why the Z1 was not voted as the greatest.
Now-a-days, bikers just fit after market branded shocks, branded brakes, branded tyres and with a little bit modification gun the throttle of this magnificent warrior for drags, racing and just showing off. 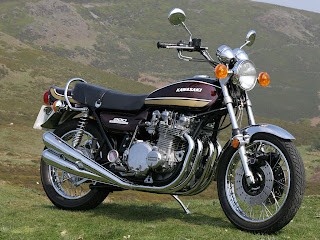 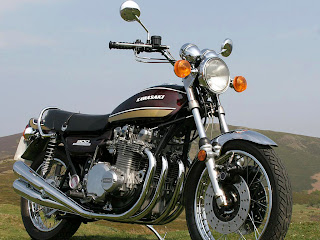