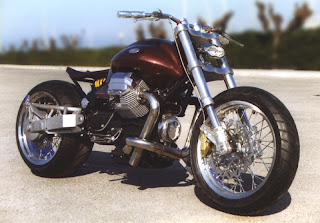 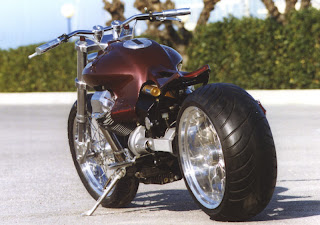 What you see is a ROSSOPURO valued at 20.000 euro. Yes it is! And you know what? The Italians do it better!

Well that's what Mr. Filippo Barbacane thinks and he has a darn good resume to show. Fillipo is a designer, bike designer, to be precise. And like the last post where we met Mr. Martini who customizes only Triumph bikes, Mr. Barbacane designs only Moto Guzzi. His company Firestarter Garage was inagurated in 14th June 1998 in Pescara, Italy. 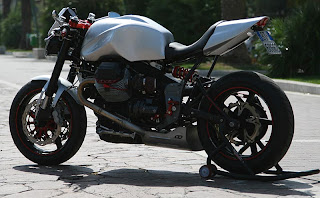 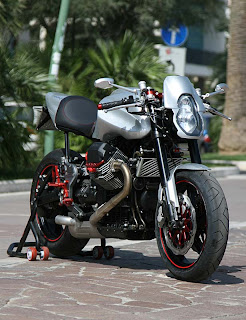 According to his website "It has been the first business of this kind in Abruzzo, being a workshop as well as a shop selling accessorises and clothing for Custom bikes only."
Mr. Filippo started his passion for customizing bikes in 1992. The name Firestarter according to his website means "the principle from where the first spark sets off the fire, while Garage is to remind me where I come from", 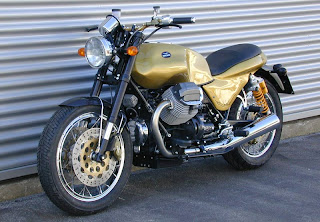 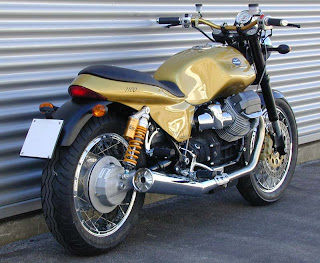 Although his first love was the Hog, his first customization was on a Honda VT600 which he named “Eat My Shorts” which was shown in Padua in 1998. Then he worked on a Kwack Z1000 (80 model) named it EKA where he used a modified frame with the body being completely hand made by him which won him a 3rd prize in 'Streetmachine' category in an Italian Customizers event. From there, he promised himself to make it to Padua every year with a new design. 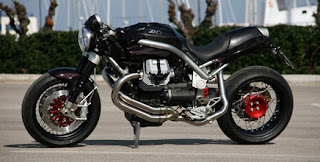 According to him, his greatest design or the bike that gave him the greatest satisfaction was the CICLOPE based on the Moto Guzzi V11 Sport which he designed in 2000. Of course, that it was a Guzzi added a lot of value to it and moreover there were rumours that Guzzi might close down added to its value. Such was the recognization for this bike, that Filippo concentrated only on Guzzi bikes. This particular model was featured on various mags. Click here to see the mags which featured his many bikes.
In 2002 following a few more success stories, he decided to enlarge the shop and the workshop but stayed in the same location of Pescara. 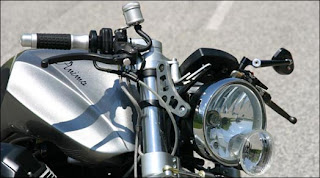 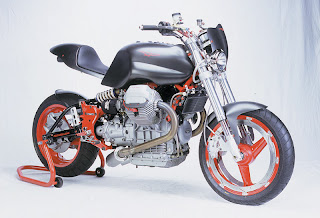 In 2003, one of his creations, the FSG004 based on a Furia 1100 by Ghezzi & Brian won second place in the category for sport bikes in the International Bike Expo’ in Padua.
He joined hands with his friend Mr. Paolo D'Alcini to set up a store for Guzzi accessories named Rossopuroitalai which ultimately gave him the idea to make a new bike that he named ROSSOPURO. In 2004 the bike won him the first prize in the 10th Edition of Bike Expo in Padua and their shop was a hit too. 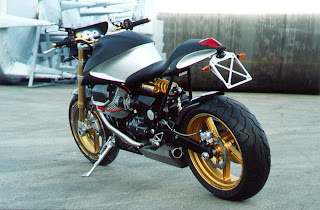 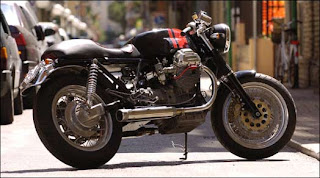 By now, success has become a middle name for Mr. Filippo Barbacane. In 2005 he won the International Bike Expò with a new motorcycle ANIMA, based on a Ghezzi frame. Then again in 2007 another model named ZERO based on the Moto Guzzi Griso 1100 won the Bike Expò of Padova in 'The Best of Sport Motorcycle' category. Remember his name! Very soon you will see him out of Italy (hopefully) and giving every designer a hard time. 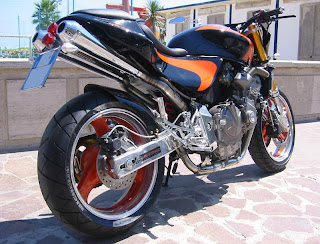 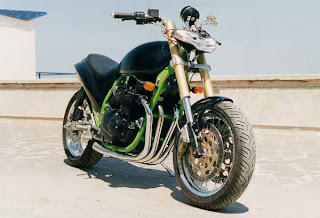 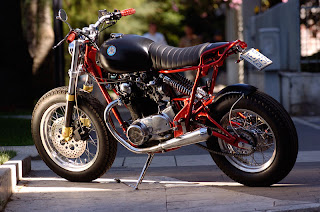 Visit his website Firestarter Garage for loads of photos of all the bikes and even more designer bikes.