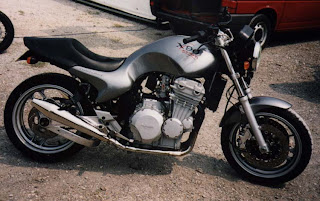 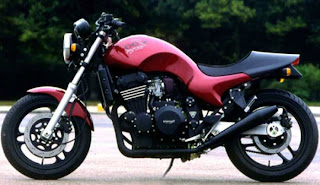 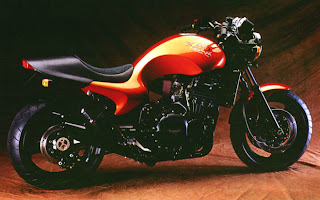 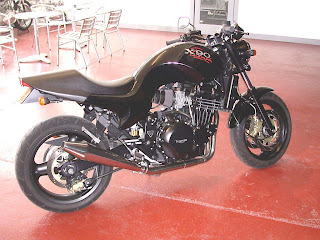 This is the picture of TRIUMPH X90, a very talked about bike during the prototype stage. But unfortunately, it never made into production. TRIUMPH company never officially released any information and rumours are there that it just might have been a customized TT600. 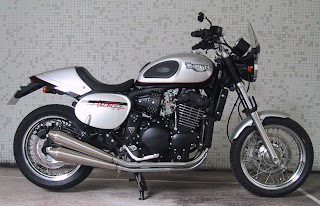 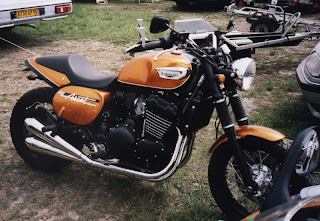 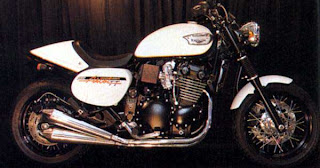 This bike is probably a custom, but then again, there has been rumours that it was actually a prototype. The America tank is visible, but the later part seems to be from the Triple series. It was/ is the TRIUMPH Ascot. Just look at it. Looks like a blend of Roadster with the muscular tank and a Cafe Racer with the single seat with a hub. Classic TRIUMPH styling, no news as why it never made into production. 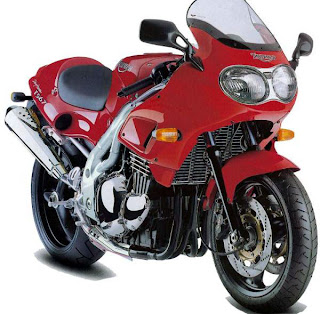 TRIUMPH Daytona T567. Supposed to be a total sports bike (look at the low handlebars), based on the very successful Daytona, this bike was probably not meant to be mass produced. Of course, this was the only one made. 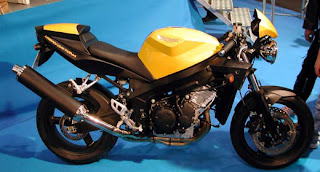 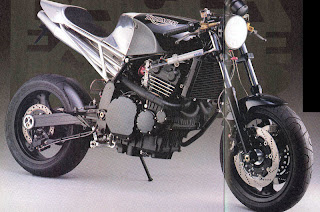 TRIUMPH Urban Daytona & TRIUMPH Racer. This was the first photo of a Naked Daytona 1050. Seems like a mixture of the Daytona & the Speed Triple. Made in 2005, it never reached production stage. And likewise there has been no further information on the Racer model but it looks like a Triumph Triple 1050 concept bike. It would definitely have made a stunner.
You can leave a message at diesel@aol.in