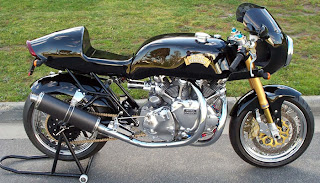 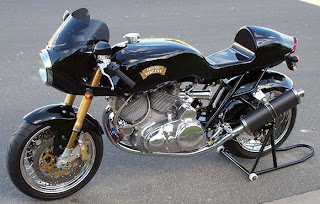 This is one brand that bike-lovers just wont let go. Well, how could they? Sitting with a laptop and writing this blog, I can say I have fallen for the Vincent by just reading about it in magazines and the net. And I have never seen it in the real world! And for those selected few people who has actually ridden this bike, I can very well understand how passionate they can be about the Vincent. After all, its the VINCENT HRD... 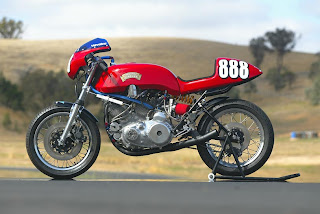 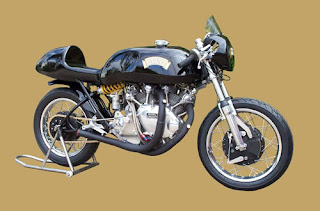 I made a post about Mr. Li creating his version of Vincent and why he had choosen a Honda engine over the original one, but most of the hardcore passionate freestyle bikers believe that Mr. Li's Vincent is just a Honda because how can a Vincent be a Vincent without the heart? Point taken. Anyway, Mr. Li's dream has somehow stalled since 2005 although production and coming back to the post, now it seems that the lovers who had been yearning to have a Vincent at any cost can finally realize their dream, of course at a cost of a bomb, but thats why I said, AT ANY COST. 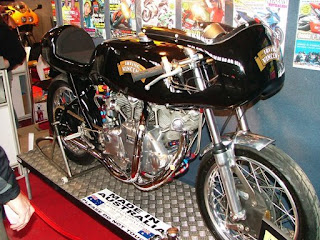 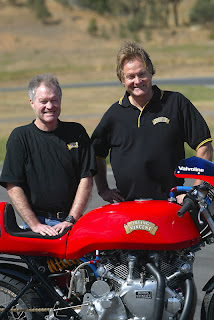 In 1999, one Mr. Ken Horner, lover of the Vincent, thought of rebuilding the Vincent for personal use. Later his desire changed for the better, why not rebuild it to 21st century specifications? Lots of enthusiasts shared their experience and with helps pouring in from technical guys, the project started. Mr. Horner is part of KHE and being a highly euipped unit has taken on this project without outside shareholders or investors. And now, the project has become the focus of enthusiasts and is seen as a business oppurtunity and as such the world is awaiting with anticipation to see the complete product by this month, that is March 2008.
The project and thereby the bike is aptly titled IRVING VINCENT after the great Phil Irving and Australians Ken Horner, 53, and brother Barry, 52, have taken on to themselves to revive the hallowed marque of Vincent under the Irving Vincent name.
Ken Horner, a successful sidecar racer of the 70s with a 1300 Vincent engine started the KHE (K.H Equipment) company in 1977 in Melbourne, Australia. In 1971, Ken met Phil Irving.
Although Phil Irving passed on 1992, and he actually never knew about the project, the brothers took inspiration for the great man and particularly about an incident when Phil mentioned about Vincent heads and started working on it for themselves. 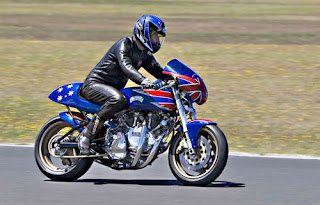 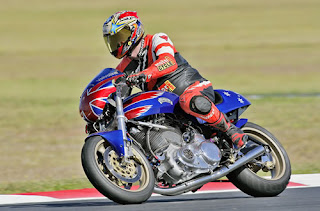 In 2003, Irving Vincent made its first appearance in Phillip Island, a model entirely manufactured by K.H. Equipment. The engines were based on the original design with only increase in the capacity and named it Irving Vincent. Ken explains “We didn’t want to call them Vincents because of having to pay royalties to the Holder family, who own the Vincent name, if we did. So we decided instead to call them Irving Vincents, to underline Phil’s contribution to the marque, for which he never got due recognition. We got approval for doing that from his widow, Edith, before registering the name.”

Well, the response to the project has been so overwhelming that Ken and Barry decided to start a limited production of 10 bikes a year. But they are neither promising anything nor taking any orders as they want their time to rebuild this machine and they work with passion!
The bike photographed here with the rider is the 4th of the series which is a 1,295cc version with a 50-degree V-twin, high-cam, overhead-valve Vincent dry-sump engine. The starter motor and alternator are sourced from Nippon Denso. The plain-bearing crank and Carrillo rods are made in EN26 steel, with Nikasil-bore cylinders housing JE pistons running a 14:1 compression. The cylinder heads have been designed by Ken Horner himself.
This engine is installed in a chrome-molybdenum replica of a period Vincent spine frame. A set of 38mm Ceriani forks — fitted with Kawasaki motocross dampers and Ohlins springs controls the steering with a 52/48 percent distribution and weighs 407 pound (dry) 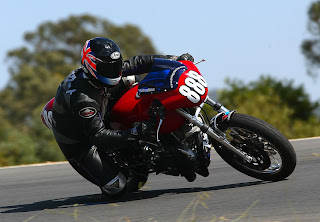 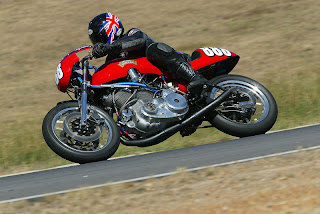 Rear suspension consist of a fully-adjustable Ohlins monoshock fitted to a traditional Vincent cantilever swingarm with disc brakes all around with twin-piston Grimeca calipers.
Read about the test ride which was found to be magnificent on the Motorcycle Classics feature.

Though Phil Irving never lived to see his name etched in the tanks of these masterpieces, he would have been very very proud. A brilliantly done bike, not just by the looks, but redoing the engine in a way what Vincent always stood for - Speed & Performance. This is a true tribute to a legend who has been the world's most iconic brand... ever! No doubt, the Horners are hardcore Vincent fans. This is a modern recreation which needs to be applauded not just for the product, but for trying and also succeding in recreating the 'God of Motorcycles'.

Yours for AUD$100,000. Yes, its not cheap, nor is it just a bike or for the matter just a collector's item. Its VINCENT, the name is enough for that price. Visit the official IRVING VINCENT website for more information and pics.