The One, The Only, "THE" NORTON Manx 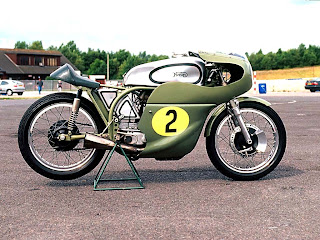 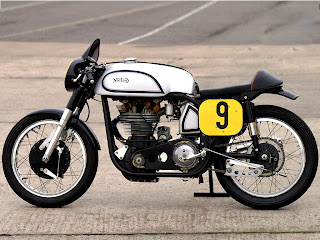 There are not many bikes that can hold a candle to the Manx and certainly lesser than even that that demands more respect than it. Its once in a century bike and since real motorcycles are just a century old, its no wonder that it was voted among the Top 5 Greatest Motorcycles of the Century voted by World Motorcycle Magazines . 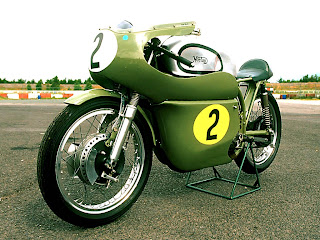 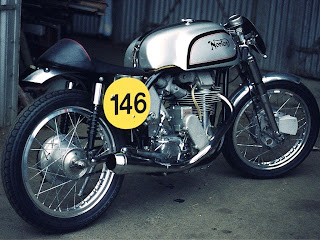 The Norton was actually unapproachable and so was the slogan "Unapproachable Norton" because in between 1931 to 1939, but for 2 of the races, they won every other Senior and Junior TT race. The legendary 350 and 500 cc single cylinders were THE bikes to possess in the 30s. Their huge success in the Isle of Man lead to hoardes of individuals demanding their own specific Manx and Norton obliged to the fans producing these legends at Norton's Brace-bridge Street factory, being given the name Manx.The most famous version of the Manx was created in 1950, when Rex and Croinie McCandless working on the twin-camshaft engine redesigned it using an innovative tubular steel chassis. 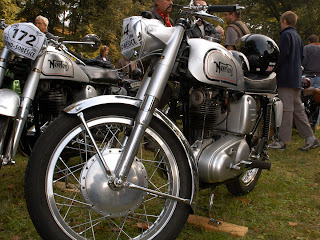 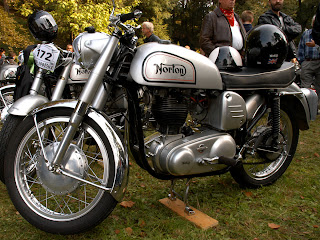 During testing at Silverstone, Harold Daniell unintentionally used thw word 'feather-bed' comparing the light weight of the frame and the term 'feather-bed' was coined. In 1951, Geoff Duke riding on th eFeatherbed Manx went on to win both 500 and 350 cc world titles and again retaining the 350 championship in 1952. For 2 decades the Manx ruled the circiut and finally MV Augusta and Gilera had to produce 4 cylinder 500cc bikes to beat this single cylinder machine. Imagine this! During the late 40s, with every European biker trying to catch up with the Manx were producing multiple cylinder machines. One such machine , the Triumph's Speed Twin was hugely successful and Norton in 1949 produced its own parallel twin, The DOMINATOR! But now, lets not start with the Dominator, some other time please... 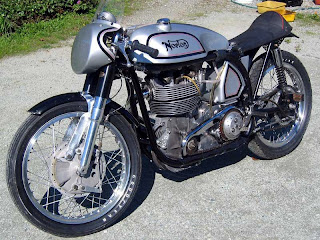 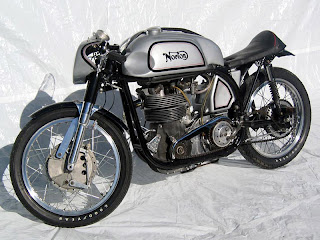 This bike was fast, nimble, agile and the best quality was its handling for which Norton is ofcourse famous. Norton achieved so much success in racing all over the world, that production models were named "International". The last Manx was built in 1962, but as late as 1969, the Manx was still churning out GP victories. All hail Mr. Arthur Carroll who designed the legend and of course Mr. Joe Craig who tuned this masterpiece into GP record books. I mean, come to think about it, a single cylinder bike was not only surviving but also beating multiple cylinder bikes from MV. Moto Guzzi, and every other brand available (and that too) with new technology.
credit also needs to go to Mr. Leo Kusmicki, who re-designed the 350 engine's power output from 28 bhp at 7,200rpm to 36bhp @ 8,000 revs and laterincreased the power of the 500 cc to 54 bhp. A Manx now is worth more than its weight in gold. After almost half a decade and to the new millennium, the legend shines brighter than ever with collectors out there to give an arm for this beauty. 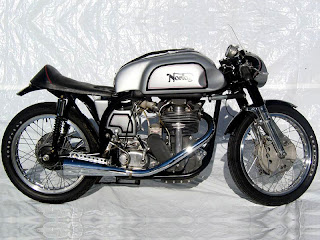 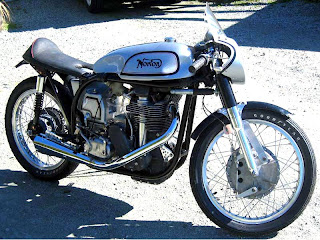 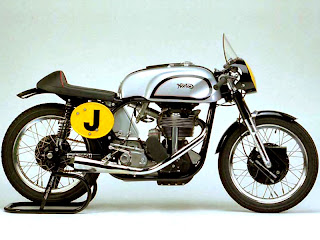 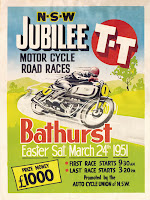