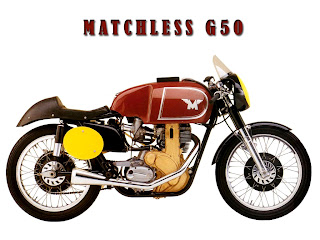 The MATCHLESS G50 is one of the classic British racing motorcycles, and comes from the single-cylinder era. The bike was ridden by Mike Hailwood and other top riders from the 60's. This was a bike which had the capacity and on record had beaten the NORTON Manx. 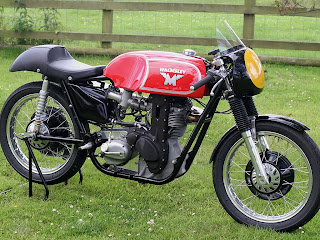 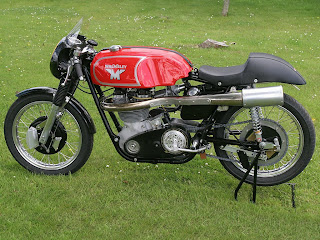 Matchless was founded by Charlie and Harry Collier at Plumstead in South London in 1899. Charlie won the single-cylinder event at the first ever Isle of Man TT on a Matchless in 1907 and etched the name Matchless into history books, and Harry followed it up with a victory two years later in 1909. Matchless took over another big British name, the AJS firm in 1931 and later models of motorcycles were produced from the same factory and almost similar engines under both the names, AJS and Matchless. Matchless also supplied the 350cc G3L model for military use in the Second World War. This was one of the first bikes to use telescopic forks. 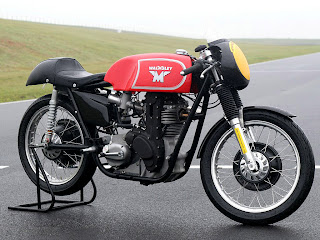 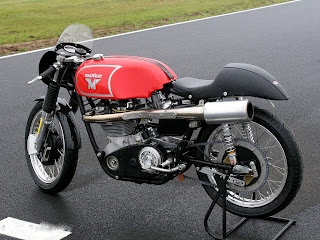 Of course, the most famous Matchless was the G50 single-cylinder racer, basically a 500cc version of the 350cc AJS 7R. The power output was 50 bhp and thereby the name. The G50 was launched in 1959, as a rival to Norton's Manx. Although slightly less powerful, with its 50bhp engine giving a top speed of about 135mph (217kph), the Matchless was lighter and had the edge on twisty circuits. AMC, which Matchless had become part of in 1938, suffered financial problems and went bust in 1966, after which rights to G50 production were bought by Colin Seeley, who continued engine development and built his own chassis to create the Seeley G50.
MATCHLESS G50 (1961)
Engine - 496 cc, Aircooled 2-valve SOHC single cylinder
Bore & Stroke - 90 x 78
Power - 51bhp @ 7200rpm
Weight - 132kg dry
Top speed - 135mph (217kph)