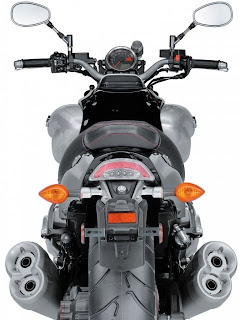 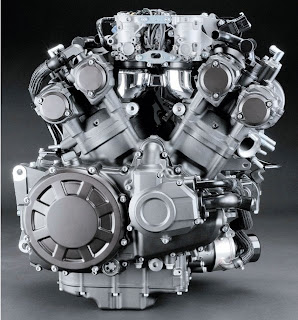 Earlier I made a post on the to-be-launched 2009 V-Max. You must be aware that the V Max is officially going to be launched on June 4th in less than a week. Well it seems, all the speculations are coming out to be true. According to Moto Revue, the V-Max is indeed going to have 210 bhp. 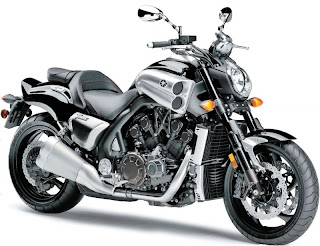 The first photos of the new V Max prior to his official presentation on June 4 next few shots of the final version of the new Yamaha VMax. Yamaha wished to maintain the suspense a bit, but leaks from the USA have made it possible to learn more about the new Vmax. And most importantly, to get the first official photos of the future monster of the firm to the three tuning forks. The beast would have a 4-cylinder V-70 degrees 1 800 cm3 developing a power near to 210 horses. A habit for the Vmax since it already had, upon his graduation in 1984, proposed the bloc's strongest market with 145 canassons. On the technical side, high tech solutions have been selected with a variable valve timing and electronic management of the acceleration via the home fly-by-wire. Price would be around 15 000 Euros for this mastodon.

The following came in my mail in the evening. Check the link to get loads of information and the second link will get to a page which has some nice links with huge photos and information.

Part of the info from the website (Translated text from Google)

Yamaha Motor Europe conducted the presentation in two phases, in Madrid showing the static model, to test dynamic in September, days before a show crowd in the Hall of Cologne. However, now you can see the countdown for the presentation of the new V-Max and listen to their powerful sound visiting the website of Yamaha Motor Europe. And this site is where Yamaha Motor Co. Japan has been showing to the public and probing with the prototype ... the next V-Max.

Some more links for the V Max

YAMAHA Motot Europe It has the countdown to June 4th, the day of the V Max launch with a sound effect

NEXT V MAX Also has a 360 degree view here. But the images are of the same model viewed before. So we still have to wait till June 4th to see what the next V Max actually looks like!