In The News - Indian & Volkswagon

Starting another section titled "In The News" and well, the title says what it is about. 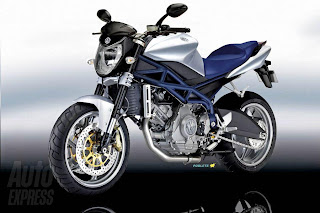 Take a look at the logo on the fairing and on the tank. That's not Yamaha.
Car giant Volkswagen is getting on its bike to produce this: its first-ever motorcycle. The company is set to team up with Austrian motorbike manufacturer KTM to develop the two-wheeler. And our picture shows how the new machine is likely to look.KTM’s first attempt at a road car, the track-biased X-Bow, was developed with help from VW’s engineers, and even makes use of the 2.0-litre turbo from the Audi TT. So tapping into KTM’s motorcycle know-how to build this bike is an ideal way to repay the favour!
Source and Full Article - AUTO EXPRESS (14th May, 2008) 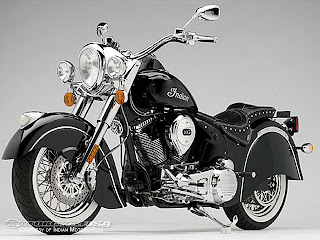 Another piece of good news from an American brand which is even older than HD.
Indian Motorcycles finally released the first photographs of its 2009 Chief Standard prototype. The model shown stays true to Indian styling, with deeply valanced fenders, a studded leather seat, wide chrome bars, and classic-looking spoke wheels with whitewalls. The lettering for the Indian insignia is the same scroll type that we've come to know and love, and the Chief in his headdress is still perched on the front fender.
Source and Full Article - MOTORCYCLE USA (12th May, 2008)
Indian Motorcycle Official Website