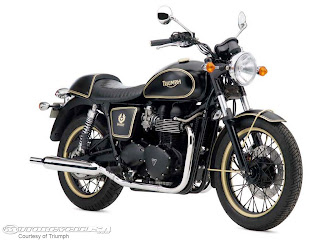 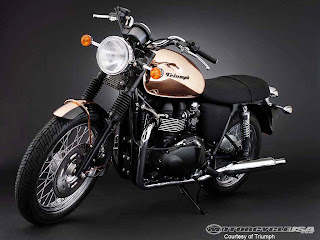 Triumph is celebrating the 50th anniversary of the Bonneville this year. First released in 1959, the Bonnie is a highly celebrated and loved motorcycle and it also has a long association with Hollywood movies from screen idols like Steve McQueen, James Dean, Marlon Brando to the present hunks like George Clooney and Nicholas Cage. To celebrate, the event, Triumph has launched two limited edition Bonnevilles designed by Belstaff and Ewan McGregor. 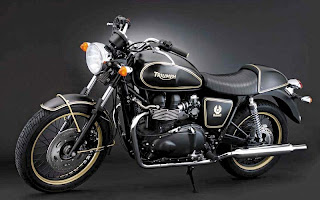 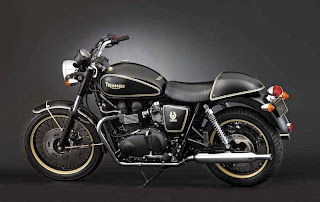 The Belstaff Bonneville is black with gold pinstriping while the copper-plated Ewan McGregor Bonneville is a one off and is to be auctioned off to raise funds for UNICEF. It cleverly blends traditional British style and charismatic performance and in the true sence is the perfect roadster and a modern design classic. 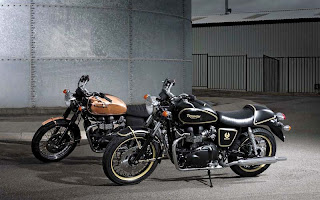 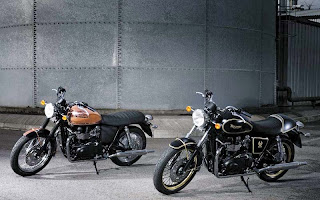 While Belstaff is the designer of high-end motorcycling fashion, Ewan McGregor, the star of big Hollywood hits like Star Wars is a renowned motorcycle enthusiast. He said “This is such an exciting project for me – the Bonneville has to be the ultimate in iconic British motorcycles, so the chance to create my very own design and see it through to production is amazing.” 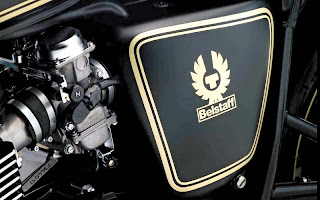 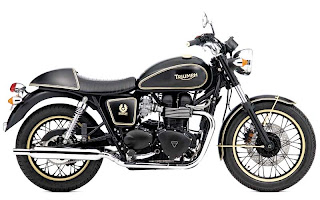 Ewan further explains, “I wanted to use a traditional waxed cotton material as it has such a resonance with the history of style in motorcycling and mix it with the tradition of coppering tanks. I am a huge fan of Steve McQueen and his films from the 1960s, and the font that I have chosen for the Triumph logo harks back to that golden era of biking." 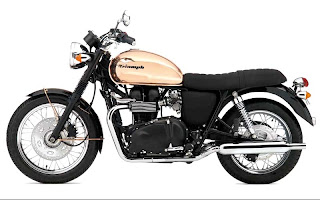 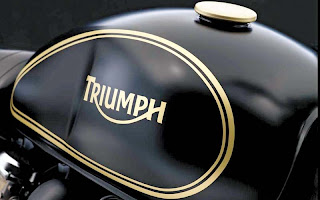 Belstaff is also producing a bespoke design of the Bonneville incorporating a sophisticated black and gold color scheme synonymous with the fashion brand’s identity. The design also includes a gold seat cowl and a black and gold pannier bag. In addition Belstaff is also creating a limited-edition biker style jacket to mark the anniversary. 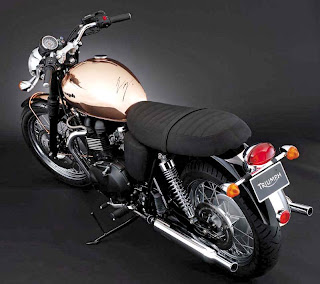 The Belstaff limited-edition designed Bonneville will be on display in Belstaff’s flagship stores in London’s Conduit Street, as well as Rome and Milan and available for purchase exclusively in selected stores worldwide later this year.
Visit the official Triumph website to get more info and also visit the Belstaff website to read what went into the designing of these beauties.