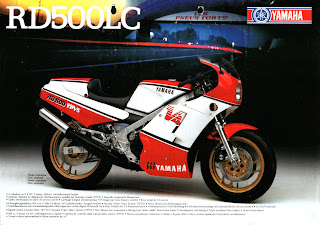 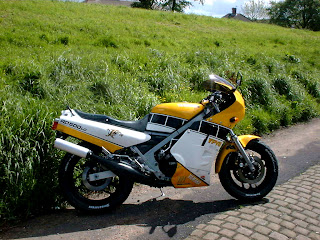 The 60s-70s domination in the GP racing circuit by MV Agusta are well known and also their 17-year win streak. Then came a certain Japanese company with a gill valved 2 stroke 500cc machine ridden by none other then the Italian Mastreo Giacomo Agostini which blew away MV. Some years later, Kenny Roberts won 3 consecutive GP titles with the same machine and then the whole world wanted to know what it feels like to ride the Yamaha YZR500! 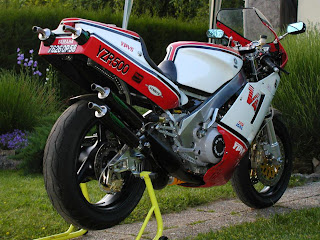 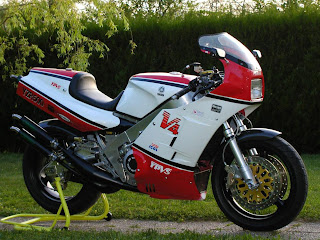 And then in the mid 80s, it happened! Yamaha introduced their YZR500 replica (and it was almost same to the original), the 500cc V-Four RD. Till Ducati NOW launched the RR, this bike was probably the closest to a real GP bike one can get to drive. Think about it... Its a 2 stroker firstly, water cooled (2 strokers are known for heating up, so the water cooled would only add to the fun), and its a V-Four! How awesome! I ride a RD350 and their are no limits to the fun that RD delivers, but then the RD pales badly in comparision to this mean machine. The styling is also GP style with full fairing in a box section frame. 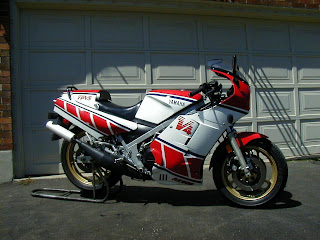 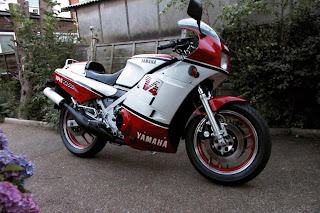 Like like its elder sibling, it also had its variations. While the 350 has varied engine specifications like 30 bhp, 39 bhp and a LC model, the 500 variations were same from the engine, but sported different tyres and paint jobs and was also known as RZ500 in some markets. In Europe the RD500 had Michelin Tyres, while in Australia, New Zealand and Canada, the RZ500 had Yokohoma tyres besides a different paint job from its European counterpart. Interestingly it never made it to the US for emission norms. Japan had its own model, a limited-edition RZV500R, with a aluminum frame instaed of the regular steel model and it had a de-tuned engine. 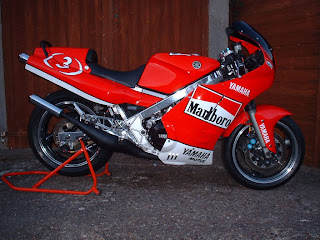 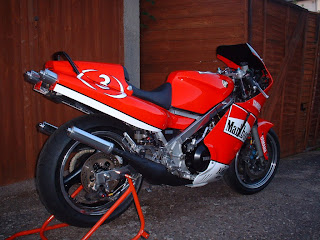 The RD/ RZ used a 50-degree, twin crank V-four motor equipped with Yamaha's YPVS (Yamaha Power Valve System) exhaust power valves with removable cassette-style six-speed gearboxes. The differences from the actual GP bike was that had rotary valves to control intake compared to the street version which used reed valves. This was given to achieve a broader, more street-oriented powerband. The lower cylinders were fed through crankcase reeds; the upper pair used cylinder reeds, with 90 degree intake manifolds connecting each reed block to it's side-mounted carburetor. 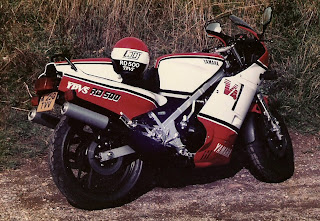 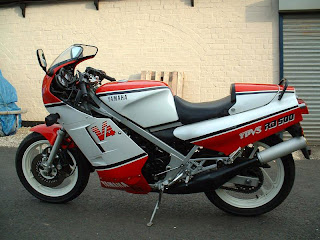 There was also a counter balancer, which is quite unusual on a two-stroke, helped dampen engine vibration. The YPVS system bolstered low and mid-range power, and let gasses flow into four individual expansion chambers. The lower exhaust pipes are as par any 2 stroker, while the upper pipes cross over each other just above of the exhaust ports to help maintain proper tuned length. This king of a menacing machine had to have a 5 figure redlined rpm! 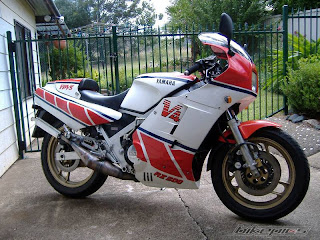 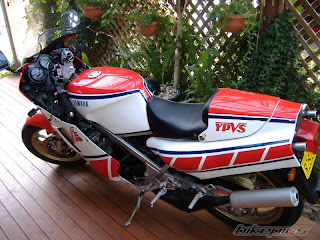 But there was one thing where the 350 was better than the 500 and for that reason the 350 was a bigger legend and more well known model. The initial surge!!! That was where the 350 scored heavily. In the 500, there was a distinct lack of power below 6000 rpm coupled with a tall first gear make the RZ rather difficult to get away from a stop. But once it catches up the 350, say at the 7000 rpm line, then it will just burst out! 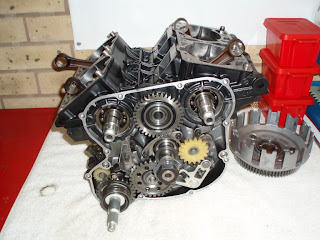 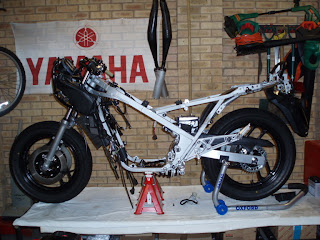 The 350 came alive once you reached 3000 rpm where as the 500 comes alive above 6500 rpm. After that this 500cc 2 stroker producing a mighty 80 bhp was in the control of Gods cause no mere mortal could have ever controlled this beast! 80 bhp is like 120 bhp on a 4 stroker and so muc coming out from a 500cc engine and re,ember this was a street version. And thats not all, you can further tweek the engine for additional 4-5 bhp! 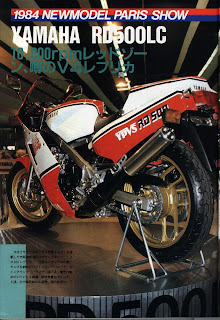 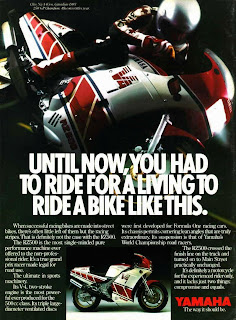 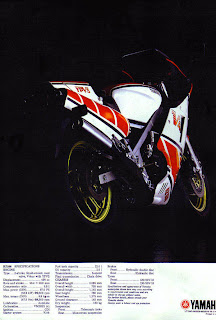 And the Torque! The RD series was all about Torque. Any hills, how steep it is hardly mattered for the RD. Still today, it can easily outrun any 600cc sportsbike. the power torque peaked at an amzing 48.3 ft-lb at 8500 rpm, with the curve remained flat all the way up to the 10,000 RPM redline, so it could pull up from anywhere, doesn't matter if you were idling at 40kmph at 300rpm, it will just ...rush! 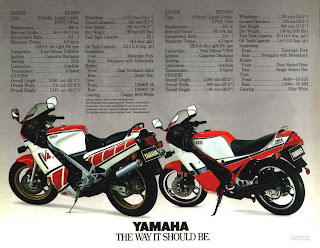 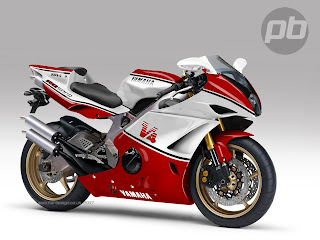 The bike also had a very high center of gravity as the under-seat area had the YPVS motor, the battery and the upper cylinder pipes. This helped the chassis a lot and the bike was extremely flickable due to it. Overall, the RD/ RZ was a small bike but did weigh quite a lot at 200kgs, but with a low center of gravity, short wheelbase (53 - 54 inches), and a racer-like 26-degree steering head angle, it was the wolf in sheep's clothing. You could even corner it as 180kmph (depending on your skills) or even ride the whole day withour streching your arms and back because it had a very comfortable feel, as bikers say... sitting "IN" it and not "ON" it. The twin disc brakes up front and the single at the rear disc which were ventilated offers enough confidence. Really, with modern technolgy, engineers have given us too many choices to spoil us, from a LC Fi engine on a 150 cc 4S engine to ABS on a tourer, there are so many choices, but... then you can have all the available bikes today in a platter and give me a 2 stroker instead... any day! 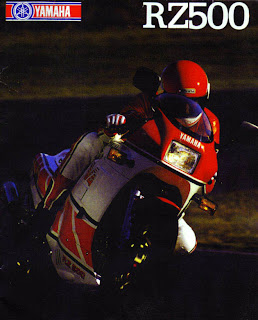 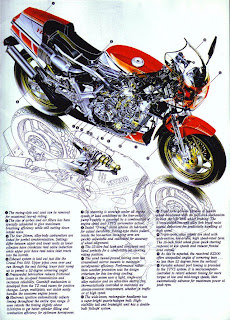