In The News - New Bikes from KTM, BMW & TRIUMPH 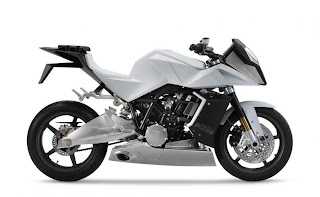 KTM has confirmed that it will be launching the Venom at the Milan show in November. the Venom was previously shown as a concept machine way back in 2004. KTM confirmed that they are entering the Superbike market with an upgraded version of the RC8, called the RC8 'R'. According to reports the naked venom will be a 999cc 75 degree V-Twin engine producing an impressive 135 bhp @ 9600 rpm. 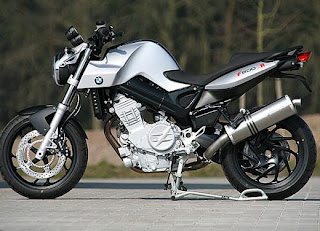 Now you dont have to wait for BMW to launch the F800R. Klostermier BMW, an exclusive dealer in BMW motorcycles in Augsburg, Germany has launched the 'supposed' F800R. They have removed the F800S fairing and replaced it with twin headlights which has actually totally altered the look of the machine. 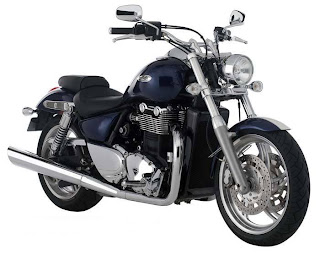 This may be old news to some, nonetheless, for the less informed like muah, Triumph is launching a monster cruiser with no less than 1600cc named the Thunderbird. This is the second Thunderbird series from Triumph although I cant find any resemblance to the original 1949 model. The parallel twin-cylinder liquid-cooled cruiser has been derived from the Rocket III although its not longitudinally like the Rocket III. The other change from the Rocket is the use of belt drive in place of shaft drive. Scheduled to be launched at Intermot show at Cologne in October.
Source - Motorcycle USA