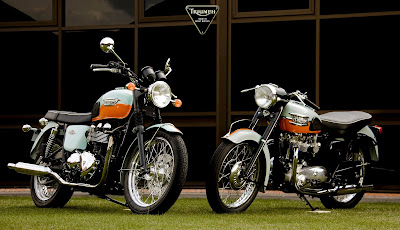 Triumph has showcased the Bonne's 50th Anniversary special by launching 2 L.E bikes which you might have read here. For those who thought that since those were L.E and so could never be a part of it, dont fret. Because Triumph is launching the Bonne is 3 new versions for mass production. 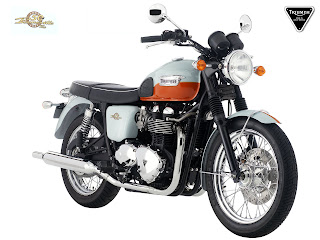 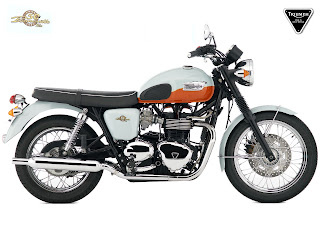 These will be the 'Classic', '50th Anniversary' and the new 'SE' (Special Edition) version. Now it seems Triumph has gone full circle since the new model will be based on the 70s Bonneville, which means adopting 17-inch wheels, a fender front, shorter rear and the enhausts coming from the Thruxton. The engine will be the the same 865cc parellel twin developing a modest 68bhp @ 7500rpm. If you look closely at the massive pictures, you will notice that the handlebars has been raised while ground clearance loses 25 mm, which means that the new riding position will be even more comfortable. 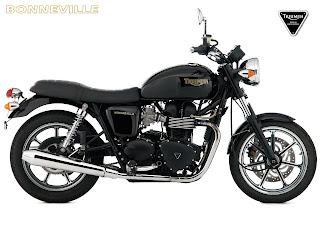 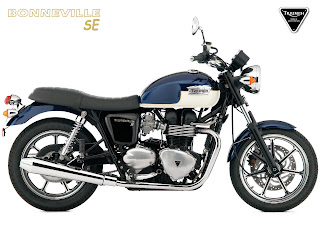 Triumph has announched that owners can customize their Bonnes with a host of over head counter accessories. Coming to the SE version, this will be the 70s guise of Bonne with modifications to ease the rider while retaining its heritage. You can find the SE decorated over the side panels. The Triumph logo on the tank will immediately get you nostalgic with the shiny chrome and a touch of aluminum on the engine block. It is available in black twin tone colour. So retro! 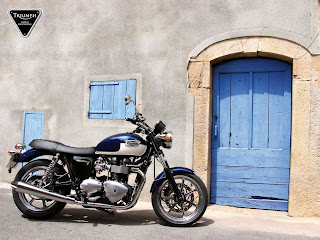 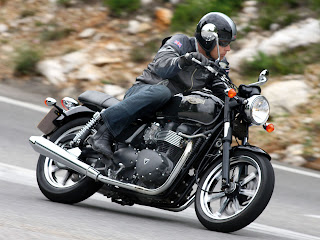 The Bonneville 50th Anniversary will be of course a L.E series with only 650 units and will only be available in this orange & blue. Of course, there will be a host of accessories to customize it and will have a certificate of authenticity signed by John Bloor (Head of Triumph Motorcycles since 1983).
All photos are 1600x1200 wallpaper size. For bigger size upto 5400x4200, visit the source in Caradisiac 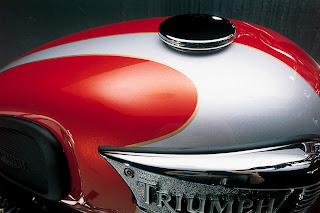 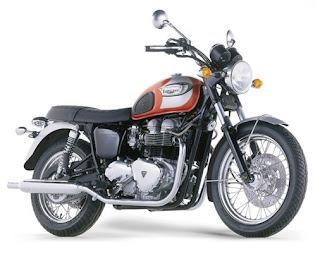 What you see above is the Triumph Bonneville T100. Yes, the legendary T100. The 865 cc parellel twin has been always there for the company. Triumph has thought of a novel way to reward the bike by presenting a L.E series. The Limited Edition series will come in only one colour, Lucifer Orange with Aluminium Silver... and only 100 will be produced, but this bike with a tubular steel frame, telescopic forks of 41 mm and chromed rear suspension will be available at no extra cost, so the price will be the same at 8890 euros. On the first picture blow up, you will notice the golden threads which are hand made and signed initials of the craftsman will be there on the tank.