Cannabis - The Green Devil from Poland 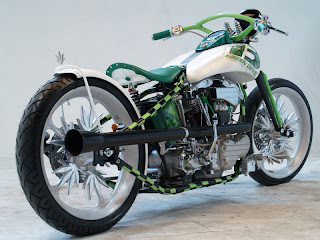 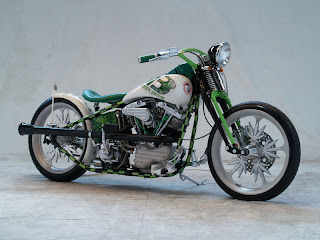 Let me begin with by saying that we all do believe in freedom of expression, right? Now the thing is that this beautiful bike is a 'Freedom of Expression' of the craftsman. And what I am going to write or you for the matter of fact, going to understand will be my freedom of expression. Let me be a little more clear. The text is actually a google English version of the original Polish text. I am not very sure of the comprehension I got from google, so please read in between or please help with a better translation from the original source here. 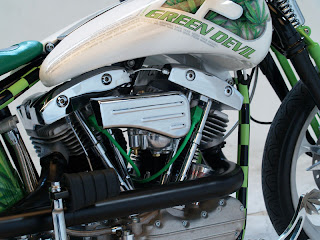 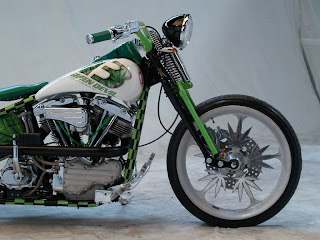 The bike is an expression of freedom, freedom from 50 years of communalism in Poland. Harley Davidson was present in Poland during 'those' years, but only those possessed it was governed by the authorities, that means you must have the government approval. The owner (I still dont know his name) has started a bike custom company by the name of 'Free Rider' as now according to him, he can enjoy the same freedom as the Western world. He says "It is therefore a reference both to the cult movie EASY RIDER, and the collapse of communism in Poland." 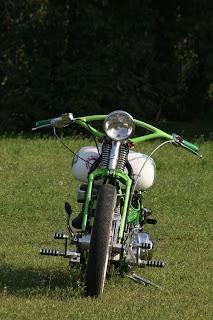 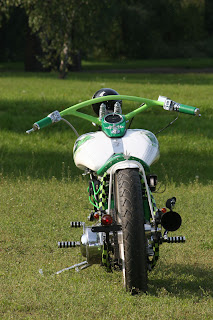 The small company has also won the Mainz 2005 Bike Kits category. When they started out, they knew what they wanted. An expression of total freedom and what better than starting with the name 'Cannabis'! They knew it will be controversial, but to express the freedom, that kind of freedom (you know what I mean), the name is apt! One more thing, the used the word because they believed in freedom of opinions, something which might have taken them to jail some years back in Poland. 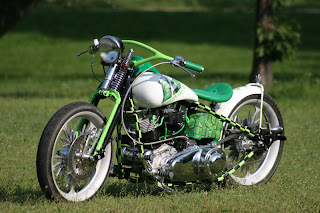 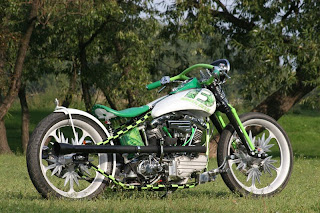 However they fully promote taht Cannabis is for adults only and there should be strict age restriction. And yes, the idea was to make a motorcycle which can be a 'Showcase', something like a Show-Off. A huge inspiration to a motorcycle came from the AMerican hip-Hop group, Cypress Hill and specially the album Black Sunday. 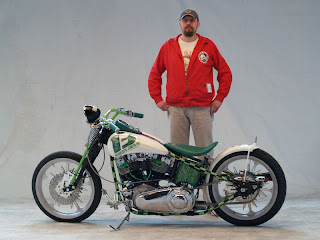 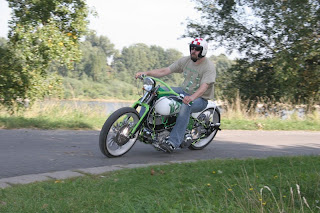 The bike market of Poland in terms of manufacturing is still miles to go before they catch up with the present standards, but the passion for bike is burning just like any other country. The first bike company was build just seven years ago, neither is there a huge budget with the new companies. So technology and capacity has still some catching up to do. customization is relatively very new to Poland, but the artist within is clearly visible with such a brilliant example. 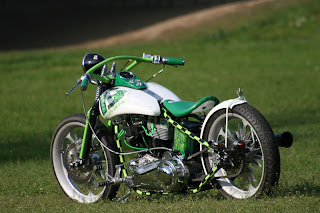 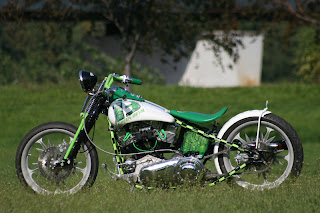 Its evident that these guys are very passionate and very very creative. The finishing on some items like the swiches in the handle bars may not be world class, but look at the detailing. The mixture of the different green shades, the leaf impression on the alloys, the graphics on the tank, everything adds up so beautifully. Ask yourself if you would ever put these colours on your bike or get the leaf impressions all over your bike, on the foot pegs, rear mudguard, tail light and I bet you wont, but they have jelled up the kits so perfectly that even the exhaust (looks like one from a Motocross bike) looks good. 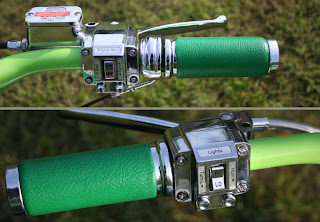 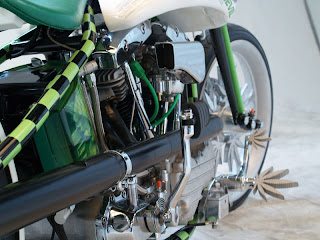 This 'Green devil' was created in 2006 within 7 months flat. The engine is from a Harley Davidson Shovelhead because the guys believe in old technology. Sure Europe has the latest gizmos available in their bikes today, but these guys wanted to recreate the old aura of carburated and air cooled engines. This massive 1650cc engine belts out an acclaimed 110 hp @ 5500 rpm with an amzing 178 Nm of torque. There is nothing written on the ride quality or on road behaviour, but as they said that this machine was made to 'Showcase' and I believe it has served the purpose rather well. 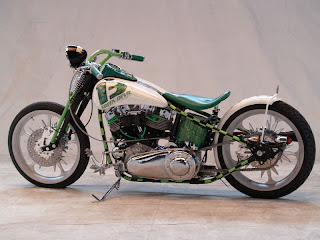 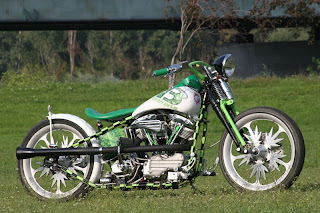