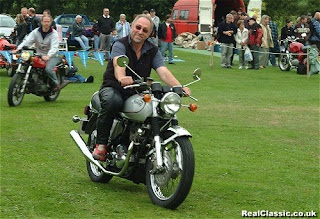 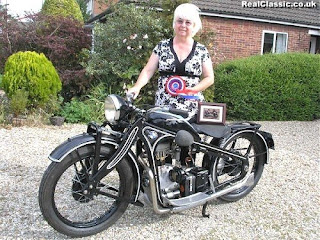 A 'Shiny' Norton above and a 1931 BMW R2, a previous Stinkwheel Concours winner
Today, it's Sunday. And if you happen to be in U.K, its a great day of course if you are a biker and that you must be if you are reading this blog. If its Summertime, U.K classic bikers get that special smile on them because every summer there are a variety of classic bike shows to show off your priced possession. The Stinkwheel Real Classic Bike Show in its 7th edition is currently undergoing or is just over as it was slated to be held this year on September 21st (Sunday) at Beaumanor Hall, Woodhouse, near Leicester. You can see a sea of beauties from European, Japanese to American, everything from the earliest flat-tankers to the latest versions of modern classics currently in production. There are 18 awards to be won in different types and year classes. The 2 strokers are more than welcome and also scooters, 3 wheeler trikes, sidecars, military bikes, everything. They also like your bike as-it-is, meaning 'originals' to keep the spirit of motorcycling. The judges are always in the look out of these originals, unusual marques and 'original' restored ones. There are also 2 special awards sponsered by Twiggers motorcycles (Moto Guzzi dealers) for Italian bikes categorized as Pre-WW2 and Post-WW2 Italian Classics. 1931 BMW R2, a previous Stinkwheel concours winner
Timimg is 10am to 4pm and admission is £5. You can contact Mr. Mike Powell by email or visit the website Transtar Promotions for more information. 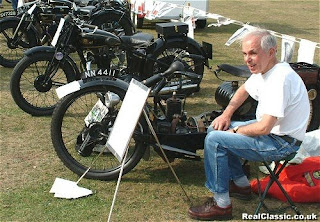 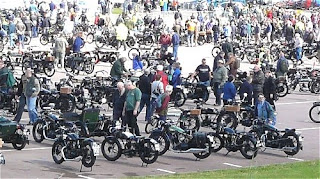 The Banbury Run has entered its 60th edition. With an ever increasing demand, 2008 entries has been upped to 600. The event was organized at Heritage Motor Centre at Gaydon in the month of June.
The Banbury 'Run' started at 10am at the gun of Pat Warren, daughter of Ivor Mutton who created the Banbury Run together with Bette Barber, the current VMCC President. Five bikes started per minute, with the classes (Veteran, Early Vintage and Late Vintage) mixed together.
Lots of fun including lots of breakdown and there was also a terrible wind. Some dropped out even before the start. In all there were 23 'Gold' awards given away. The team prize went to a certain Anglian A-Team which won 2 Golds and a Silver. 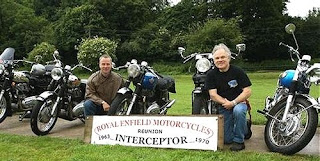 Then there was the Royal Enfield Interceptor Rally held at Stoweford near Bradford. But the show is open to all clasic bikes. This year there were 15 Interceptors with 3 Enfield Bullets and there were some other classic bike including a couple of the Japanese bikes. The 'Rally' roughly went for 70 miles to Blagdon Lakes then over the Mendips and Chedder and was hit by a heavy rain enroute. It was a weekend meet and so the next day, the riders went to Bradford on Avon, where the mill was based at which all the twin engines were built. There they rode along one of the old 20-mile test runs used by the factory testers. 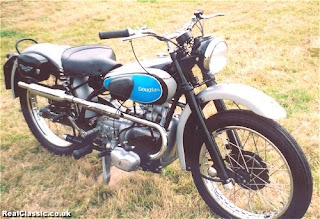 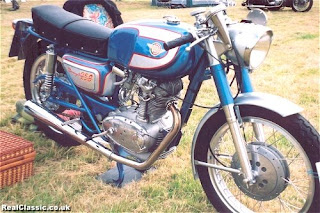 A 1948 Douglas T35 & a Ducati 250 Daytona
The Vintage Day and Country Fare is held at Thorpe Latimer, a couple of miles from Lincolnshire. Its in the 13th edition and its not a typical classic bike meet but as it says it's a 'Fare'. So along with the bike parades, you get to see the 'World Egg Throwing Championship', dog agility display, racing terriers, children's game, etc. So you can bring your entire family and have a nice weekend. There was a couple with a recently restored Ducati 250 Daytona (picture above). Then there were some rare bikes like a 2 stroke MZ and a DKR Defiant 200cc scooter.
Jonathan Bourne is the motorcycle section organiser and although he had booked in 70 bikes, there were much more than that in the final show up. Members of the AJS & Matchless Club made a late entry to everyone's delight. Its not only classic bikes, but classic classic cars, lorries, motorcycles, tractors and stationary engines all takes part and you get a free entry if you book your classic vehicle. 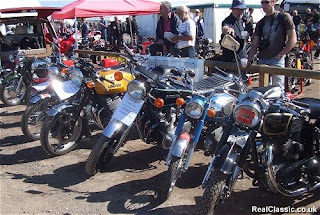 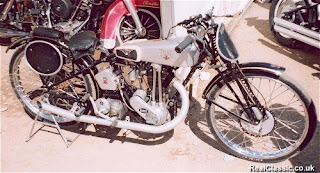 The Vintage Motor Cycle Club (VMCC) is another of those classic get togethers on a fine Sunday and it probably attracts the most number of attendents and participants. This year the weekend event was held at Mallory Park.
The VMCC arguably brings out the very best of classics and vintage bikes and this year it featured a very rare 1928 Warren-Villiers with a Villiers 344cc in-line two-stroke twin, an old Terrot Racer (picture above), a one-of-a-kind Triumph Bandit and of course the favoirates, Brough Superiors. The VMCC always has a sidecar parade and this year was no different with a Norton as old as 1938. 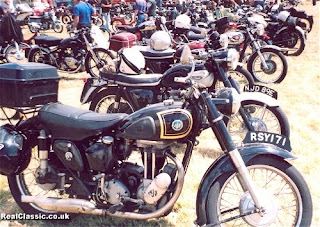 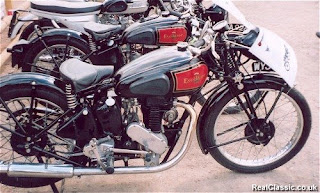 If you bring your classic, you will also get the chance to participate to ride your steed with other legends in the track event. There are parade sessions which are grouped into four speed classes - slow, medium, fast and very fast. Also at the same venue, you could find some hot auctions by Bonhams or if lucky enough, can also get some 'For Sale' classics like a 350cc MZ which was on sale. 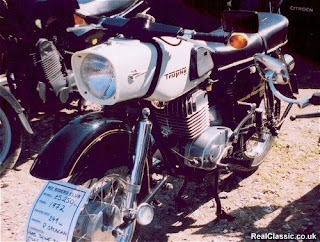 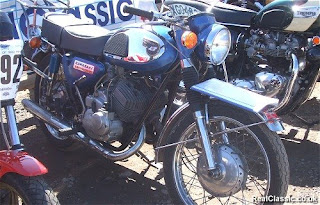 Recognize the 'father' of the W650? Pictured above is a 1967 / 68 Kawasaki A7 Avenger belonging to Mike England, the original reporter from Real Classic. He was also there in the 2008 VMCC event. Above that you see is a 1972 MZ ES250. Both these machines are very hard to find. And if for nothing, you can just come and watch former racers going at each other with the same passion as they did during the yesteryears. Masters like Giacomo Agostini (of the legendary MV fame), John Cooper (of BSA fame) and even 60s rider Phil Read were present in this year's VMCC meet. And if you feel like thanking someone, thank Titch Allen for being the man who originally formed the Vintage Motor Cycle Club. 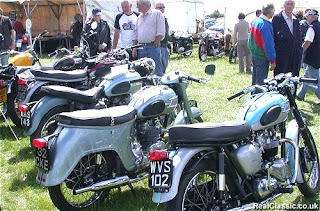 Rye Classic Motorcycle Show - There is also the famous Kent Classic meet organized at Hamstreet countryside. The thing here is that more than individual shows, it features a hosts of 'clubs', both local and from outside like the BSA OC and Norton OC of Kent, the Triumph MCC from Medway and the Norman Cycles Club. Also there is a prize - 'Best Club Stand', so all the clubs put their best foot forward, or rather best bikes.
This year's event was organized in July. In September they had another classic meet on the 7th. This year was a bit more special as the Quasar Club annual rally is visiting. Now what on earth is a Quaser? Good question! For an answer, all I can do is direct you to a link on Quasar World.
Results: Rye Classic Motorcycle Show, 20th July 2008. Pictured below is one of the winners, Neil Pattemore with his 1970 Triumph T120 Bonneville which won the 1970 onwards class beating a Laverda Jota. Among other winners was a 1935 Douglas Bantam which won the Best Pre WW II, a Norton Dominator won the 1946 - 1959 class, the 1960 - 1969 class was own by a 1961 Triumph TR6R. A 1961 Greeves Hagon grasstrack beat a 1954 Manx Norton 30M for the Best Competition/ Special award while the Best Club Stand was won by Triumph MCC Medway. 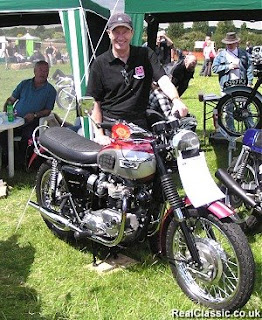 All information, photos, etc. are credited to the original source Real Classic U.K