What's in a Name? BMW explains 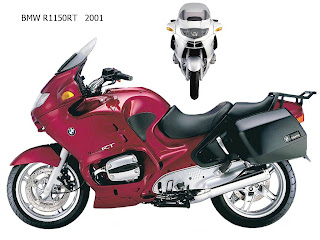 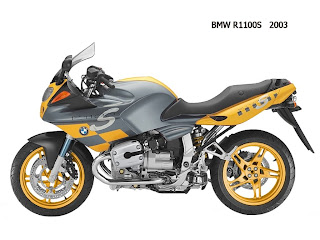 The BMW bikes usually have the letters 'K' , 'S' & 'R' in front or after its cubic capacity nomenclature. Now we all know the Japanese follows a typical patern (e.g RR for Race Replica and so on), but have you wondered what these letters mean to BMW? ell, at least I haven't, but surely it would be nice to know!
As you will find these names (once you understand the background) tell everything about the bike. BMW started out building aeroplanes or rather not the planes, but the engines. The German Imperial Flying Corps arranged the engines for its aircraft according to its output and in Roman numerals (I, II, V, X...), and the company used this naming system for both its water-cooled and air-cooled aero engines up to 1932 – from the ‘BMW IIIa’ to the ‘BMW XV’.
But for the 2 & 4 wheelers, it looked rather odd and so BMW gave the name ‘Bayern-Motor’ followed by the output figure. They alos sometimes added the number of cylinders, their model series and project number with the name like ‘M4A1’ and ‘M2B15’, where ‘M’ stood for ‘Motor’, followed by the number of cylinders, then the model series and the final number for the project number. So the ‘M4A1’ was an ‘A’ series (large-capacity in-line) four-cylinder engine with the project number 1. 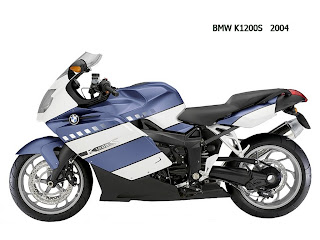 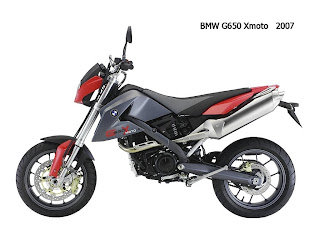 Still the names with 2 alphabets and two digits intermingled looked kind of odd and so in the mid-1920s, the references to the number of cylinders and model series were abandoned, so the M4A1 would become a M1. Now the only entry in front of the project number was to denote an engine (‘M’ for Motor), transmission (‘G’ for Getriebe), frame for motorcycles (‘R’ for Rahmen) or chassis for cars (‘F’ for Fahrgestell).
And this was how the first ever BMW motorcycle got its name. The frame for the new bike was given the project number ‘R 32’ when it was entered into the project list. The engine was initially christened ‘M2B33’ (Motor 2 cylinder B series Project 33), later shortened to ‘M33’. The transmission used in the motorcycle bore the designation ‘G 34’. The internal project number for the frame construction saw the motorcycle unveiled with the official sales designation ‘BMW R 32’. Initially, all the brand’s motorcycles were issued with their name according to this system, a product of the design organization. In the public use, the ‘R’ stands for ‘Rad’, a short name for Motorrad (motorcycle) at this time.

Later BMW (obviously) started using the same frame for many different models with different engine variant. This development meant that the sales designation for the models could no longer be based on the project numbers for the frames. The ‘R’ was retained, but was now followed by a two-digit number that differed from the design designation. A newer concept was thought about with single-cylinder machines single-digit sales designations while the two-cylinder units two-digit designations and it was hastily introduced. 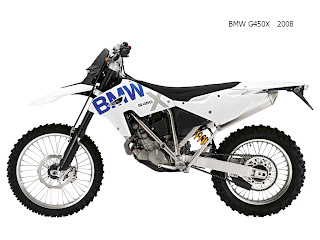 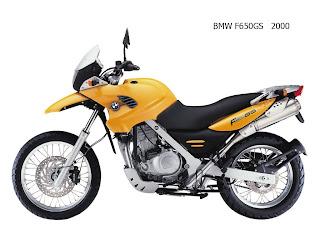 With the expansion of manufacturers, in 1933, to simplify the naming, the Reich Air Ministry apportioned fixed numbering systems to its various engine manufacturers. BMW was given the range between 100 and 199. Likewise motorcycles were given the range from 200 to 299 and cars the 300-to-399 band. The existing motorcycle models were integrated into the new system and so the ‘R 32’ became the ‘232’. But later, during the mid 30s, the sales designations traditionally used for motorcycles were retained, the nomenclature for the models reflected, as a rule, the engine displacement. For example, the 500cc boxer unit was named the BMW ‘R 5’ and its successor the BMW ‘R 51’.
Even for the boxer engines, BMW retained the familiar designation ‘R’ (followed by a number denoting the engine capacity). Other alphabets were added-on abbreviations, which also described the bike further, like 'G' meaning Gelände for off-road and 'S' meaning Strasse for on-road, 'GS' for Geländesport meaning off-road sport and 'RT' for Reisetourer meaning tourer.
For the in-line engines, a totally separate designation 'K' was adopted. In pattern with the boxer models or the 'R', the 'K' was followed by a number derived from the engine displacement. BMW followed the same pattern with the single-cylinder machine that first went on sale in 1993. This model series was given the designation 'F', referring to the 'Funduro' concept. More recently, the new generation of lightweight single-cylinder machines presented in 2006 took on the letter ‘G’. As such currently BMW has the 'R', 'K', 'F' and 'G' series. 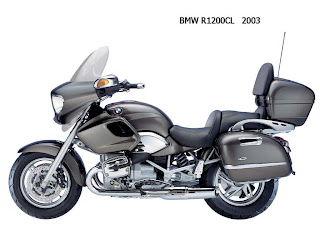 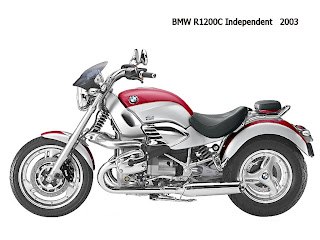 So when you see the 'R 1100S', you know its a boxer twin with 1100cc and S meaning Strass for On-Road. Similarly the K 1200S stands for the in-line twin 1200 engine which is also a road bike. This is the overall picture. But you would also come across a RS or a SS. While RS stood for ‘Rennsport’ (race sport) with the ‘SS’ designation standing for Supersport. While the RS and SS came in 1973, since 1976, BMW had the ‘RS’ - ‘Reisesport’ (travel sport), ‘RT’ (Reise-Tourer – travel tourer), ‘LT’ (Luxus-Tourer – luxury tourer), ‘C’ (Cruiser), ‘CL’ (Cruiser und Luxus – luxury cruiser); and ‘GT’ (Grand Tourisme). In 1980, came the ‘GS’ designation meaning ‘Gelände/Strasse’ (off-road/on-road) and followed it with the ‘ST’ in 1982 for the street version of the GS. It stands for ‘Strasse/strada’ (street) and can be seen on the latest R 1200 ST model.
Err... then, what about the 'HP'? In 2005, BMW broke the coding system for the first time used on the boxer twins since 1923. They launched the new off road bike 'HP2' which stood for High Performance 2 cylinder and was later extended to 'Megamoto' and 'HP2 Sport'. 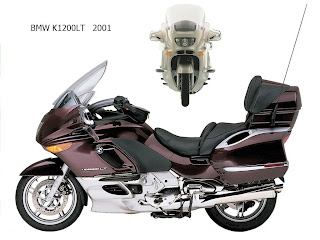 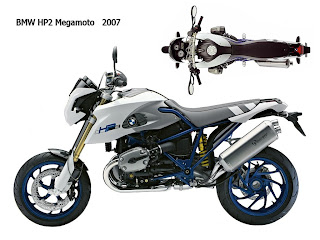 The following article is supplied by BMW and I found this excelent link through Motorcycle Dot Com. I hope you enjoyed the history class as much as I did. All pictures courtesy - BERTKNST