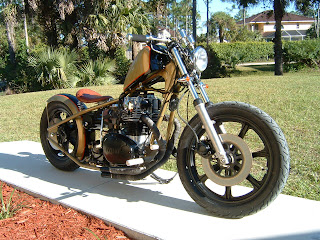 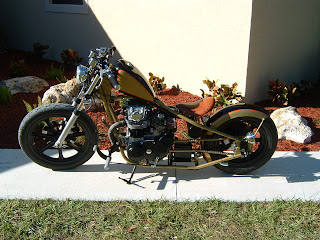 I have ridden the XS650 and couple of its siblings and had owned the 400 version, yes its a good bike with no complaints, but you know, it will be difficult to highlight any particular aspect of the bike, not because there are many, but because I couldn't find it, I mean its a REALLY good street bike with no complaints whatsoever, but as I said, no highlights and that is because I always compare it to the CB750, after all they were both launched almost together. 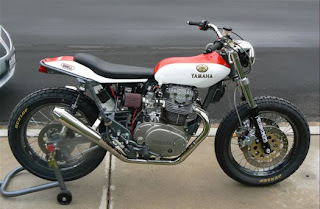 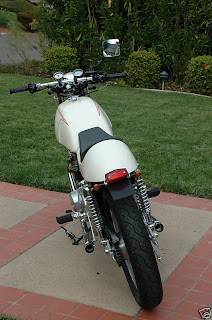 Anyway, its not about the XS650 history, but about its reincarnation upteenth time! The CB750 (there I go again) is not often seen as it has become kind of a memory now, but this XS650! You will have to say that Yamaha is still producing it. And no bike has gone or been customized in so many different versions like the XS. Chopper, Bobber, Cruiser, Cafe Racer, Track, Street, you name it, the XS650 has 'been there, done that'. Just search for Customs Yamaha in this blog, you will see the different avataars of the XS. 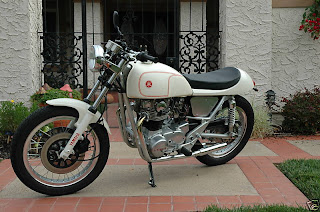 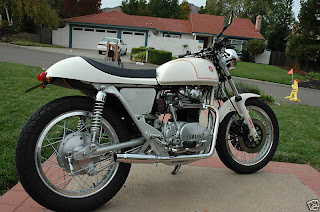 The white XS650 you see here is a 1977 Yamaha XS650 (recristened Cafe XS Classic) twin featured on ebay and the last time I checked, it was still available. Now this bike is close to the original with a modified rear seat and head lamp which gives it a semi cafe racer look, dont you think?The bike has been stunningly detailed. The owner reports this bike as having sandblasted frame, refinished with automotive silver basecoat clearcoat with more or less everything replaced with new materials. The gas tank is although from a Honda CB500T. 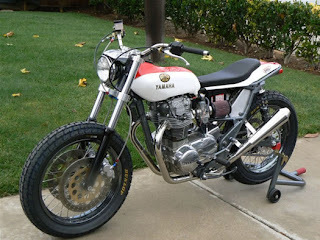 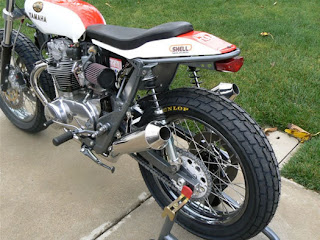 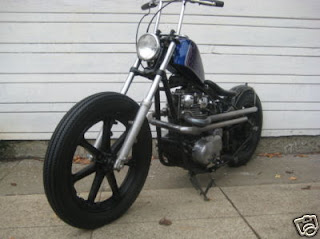 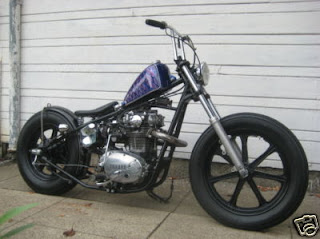 There is something ... has to be... about the XS that people love it so much. Maybe because its simple and the frame is such that its kind of a one-size-fits-all thing, moreover its a smaller displacement engine, so its much easier to fiddle with, easier to customize, looks good and of course easy and fun to ride. Bottom line it is an inexpensive option to get you noticed and which biker wouldn't want that? Only thing now is you wont probably get a XS650 to play with as it seems all of them have been chipped, cut and modified and so most of the stuff you get on ebay are also customized like this model here from ebay(see above). Bidding has closed (for your info), but what did I tell you, this time a XS650 chopper version! 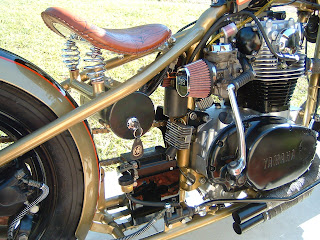 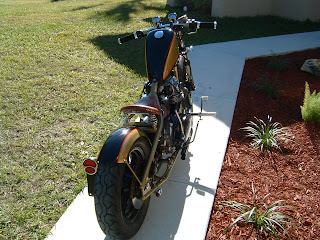 But for this particular post, this XS650 Chopper Bobber featured on ebay takes the cake definitely. This 1980 bike is still up for bidding. Its 4 feet long and some of the interesting changes include LED turn signals and brake light, customized seat and a fine dual tone colour. Wires, battery and electricals are new, it has new Maxxis Classic Tires and the forward control linkage is custom made. Well, there is still time to bid for it and in case you want a original XS650 to play around with, you cant have anything more cheaper than the two (1,2) bikes featured on ebay. And in case you have actually forgotten how an original XS650 looks like (after all you hardly see them), here is a picture to refresh your memory. The second one is the 'Special' which Yamaha launched with raised handlebars. 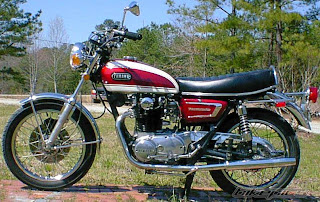 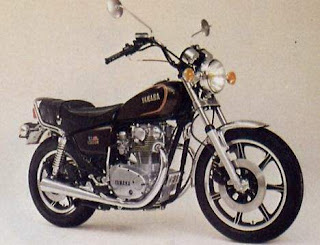