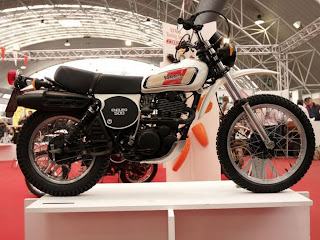 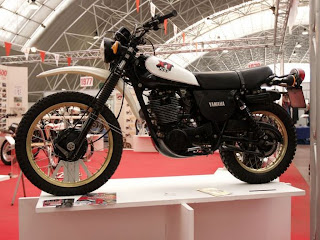 3 posts back, I made a post on the YAMAHA XT500 revival, with a special presentation by YAMAHA Motoclub XT500 at the Exchange Exhibition of Novegro. Having been a fan of this bike for being the first motocross bike and also having seen it 'For Your Eyes Only', I really wanted to follow the presentation hoping to see some radical customized XTs. 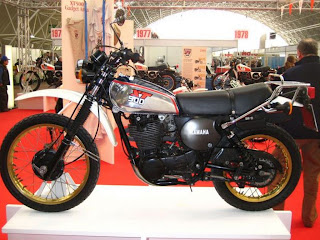 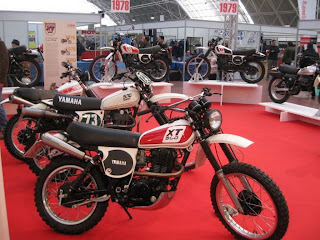 Well, although there were no customized bikes, but the entire fleet of XT was exhibitioned on February 20th to 22nd including (as mentioned in the related post) the 14 (actually 15) perfectly preserved XT500s. The show also featured the Paris -Dakar winners (YAMAHA won the first 2 Paris Dakar rally with the XT500 driven by Cyril Neveau. Source: Wiki), the model used in the James Bond film, the special series, TT500 and HL500. 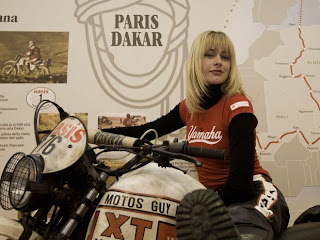 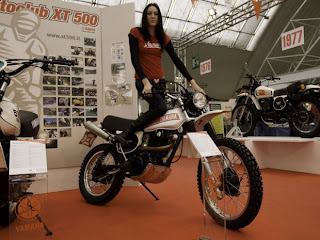 From the first model in 1976 to the last 1990 model, although it has very few changes from the existing model, each version was present nonetheless. The last model actually came out in 1989 as an Anniversary model to celebrate the 10 years since the first victory at the Paris / Dakar rally.
Source of info and pics: Repubblica Italy
You can know more of this legendary single cylinder engine in YAMAHA THUMPERS. 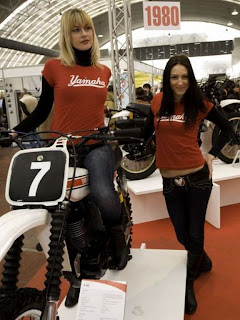 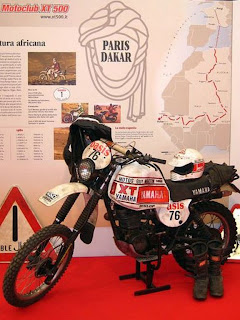