Your own BMW S1000RR Superbike!

March 1st is coming... and in Philip Island Australia, BMW will debut in the World SBK championship with their all new S1000RR! Well, BMW has not left any stone unturned in promoting their cause and the best part is that it will also be yours to own... I mean its other 'RR' version, the Race Replica version that is!
General source of photos - BMW Official website. The 4 photos with the BMW logos are extremely large of dimensions 1944 x 1296. Source of these 4 photos are here. You will find a host of photos and videos in the official S1000RR website. 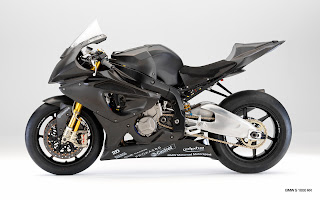 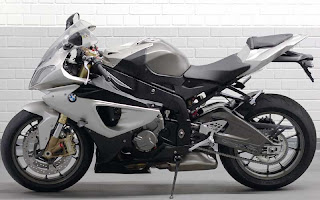 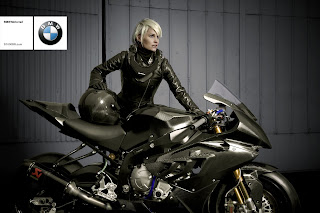 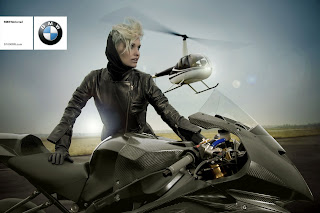 On 26 June 2008, Spanish rider Ruben Xaus signed to ride the bike and on 25 September 2008, Australian former double Superbike World Champion Troy Corser signed to complete the team's two-rider lineup. The wait for the final presentation of the road version of the BMW S1000RR is over with BMW releasing its photos.
BMW has also done a photoshoot with the real deal and has a dedicated website for the S1000RR. The carbon dressed superbike with a blonde model, Ms. Ann Kathrin Ruhl and a helicopter in the background has been splashed all over the internet in recent times. 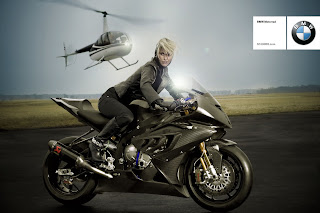 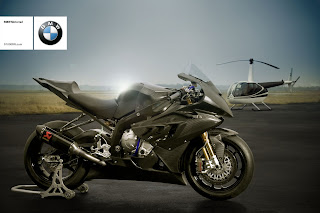 As for the goodies of the superbike, it has it all. From its aluminium beam frame, high-spec USD fork, fully adjustable monoshock, Brembo brakes to its carbonfibre bodywork, ABS (featuring four different modes), variable length air-intake tracts, traction control and a high-tech camshaft, BMW has given it all.
Although it was initially thought that the bike would be belting out somehwere around 190 odd bhp, the final specifications read it at 175 bhp and tipping the scale at 183 kg (dry). 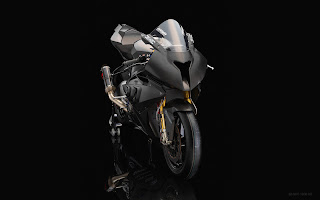 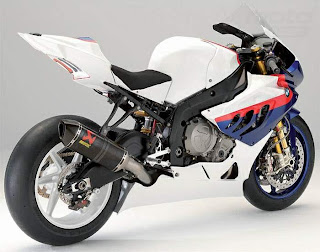 In the website, there is also a blog and some readings suggest that the road version will be much cheaper that the Italian marque although costlier than the Japanese counterparts at around US$15,000.
According to sources, the engine has a very compact cylinder head and is narrow in shape. The valves are activated by means of very small, light cam followers which will ensures very high engine speeds in terms of torque and output. 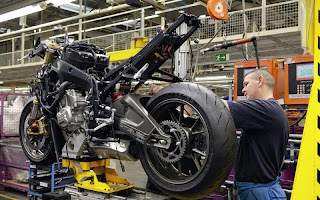 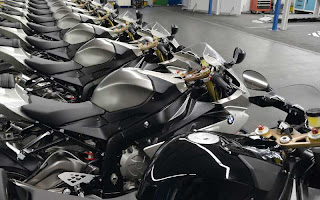