Regardless just how much a in-line 4 sounds or smooth a V-Twin is, there is definitely something that raises the interest of a motorcycle when you know it’s a big single. I really don’t know, what it is, probably because they are not very common, or probably because of their image of go-anywhere bike vis-à-vis Adventure Sports bike. The only 'ouch' part is that most of the single bikes are not street legal and 90 percent of them are made in Europe. Among the most well known brand is probably KTM with their huge 654cc engine featuring in Duke, Supermoto and Enduro series. Among the big four of Japan, most of the singles they make are either moto cross or for commuting. 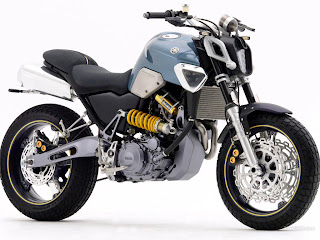 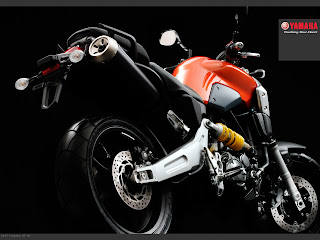 So if you really want a big single, find the Europeans like Aprilia, Derbi, KTM, Borile or
Husqvarna and others a tad too expensive, want something faster than a Royal Enfield and more mature than a Buell Blast, well YAMAHA has the answer for you in the form of the largest single displacement engine of the MT-03. Though only by 6cc more than the KTM's 654cc, nonetheless, at 660cc, the MT-03 is the largest single engine bike along with Aprilia's 660cc engine used in series like the Pegaso. But the Yamaha is better in some ways that it is a street bike. So far though, the model is available only in Europe where these bikes are a real craze. If it will find its road outside Europe, read U.S, well Yamaha is not too sure as of now.
The YAMAHA MT-03 is described by Yamaha as a "Roadster-Moto. Roadster, because it projects the same kind of mechanical beauty and radical, sophisticated design as theMT-01 – and Moto, because it offers the same characteristics as today’s easy-handling, agile and exciting Supermoto bikes. 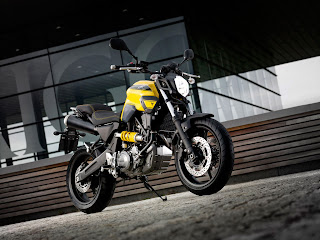 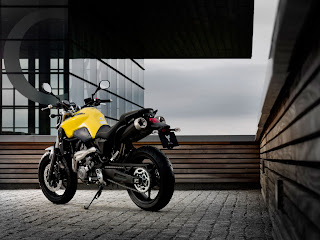 No motorcyclist, whatever brand they ride or type of machine they own, can fail to be inspired by the sound and pulse of a big single in action."
And there are no two thinking about it. The sound of a big single is unlike any other. It has a character which will raise your inner demons to slide a leg above the seat and just push the throttle. The Yamaha MT-03 is actually made in that Roadster-Moto fashion. With 58.4Nm of torque deliverable across the entire range, it can play to a MotoCross to a T and slip in the street image with equal ease. It can deliver wherever the rpm needle maybe. The built is such that you can twist around your city corners for long duration without any effect on your shoulder blades and will be equally fruitful in the twisty country lanes. And fast too! Just look at the way it is built and you will know what I mean. The strength of the MT-03 is its agile handling and high torque output. And these were the genes which the Yamaha engineers took to the factory before producing the MT-03. If you look at the picture details, you will see that the entire engine finishes well before the half way mark giving it a very raw muscular look and to protrude these muscles, Yamaha has created a slim tail with a compact underseat exhaust. This helps the moto style forward riding position close to the handlebars so that the biker can achieve a better weight distribution and easy handling with your arms fully relaxed thereby enhancing the handling agility. 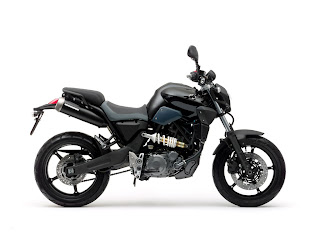 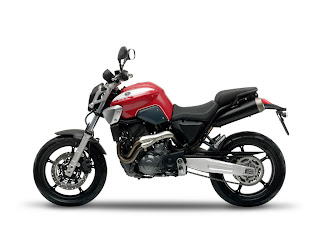 And why did I say it is better than a SuperMoto? Because it doesn't look like one. Admit it, from a distance all the SuperMotos seems to have a similar frame, but no matter how far a distance you maintain, you will easily recognize the Mt-03 of course helped by the gigantic monoshock dangling outside but adding a lot of muscle character to the bike. The bike does look different. It’s a really really well thought of concept of fusing the roadster and moto looks and yet somehow maintaining the MT series genes. A solid big compact engine with a massive tank and rear wheel to boast of and that super megaphone-shaped muffler ends exhaust and the front two third so MT! it gives the bike a unique style and character. The minimalist front consists of a tiny headlamp with a small dial above. One more thing, if you see the bike from the back, the mono chamber muffler looks as twin ends but they are actually connected. It has a single catalyser and the exhausts are covered with resin for passenger protection. 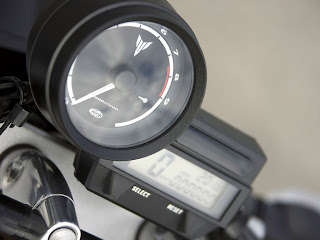 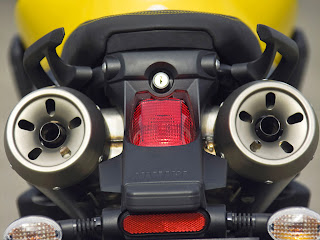 And if you think this is all show with little go, you are wrong. Just to know, this engine has been based on the XT660 powerplant, the highly acclaimed dual-purpose on/off road motorcycle. The engine has high levels of low to mid range torque for fast getaways in the city. This is a liquid-cooled engine with large capacity airbox (a massive 5.9 litre system) to enhance the low to mid-speed torque feeling and being a single engine is easy to maintain which is of course also helped by the optimised fuel injection calibration and the fact that this easily accessible air box draws air from the machine’s right side, and runs with a cassette type filter. The big single cylinder gives the best of itself between 3,000 and 6,000 rpm, medium revs in which the available torque allows for a certain approximation in the choice of gear. 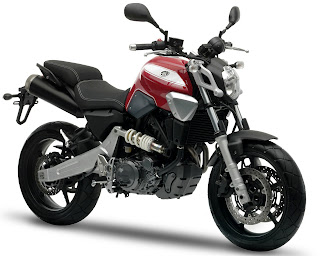 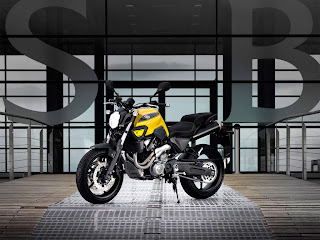 All in all, this is a very versatile bike and doesn't cater to any category and neither does it seek to confirm to existing genres. Of course there is no denying that no matter how seriously Yamaha had made this bike with lots of thoughts going to it, they had envisaged a bike which will bring the FUN factor to everyday riding and Yamaha has succeeded in it.
It is unconventional, yes, but you will be greeted with smiles wherever you go. Yamaha, must say has a knack of delivering unconventional but immensely popular bikes, what say the V-Max, and least we forget the MT-01!
The other good thing about the MT-03 is that the engine power will never overwhelm you. At 48 bhp, it will never just shoot off even if you wriggle the throttle to the fullest instantly and of course it can’t anyway shoot like a multiple cylinder engine, but the thing is that this bike is very suitable for beginners as well as corporate kind of guys (read 40+ guys not really bikers but occasionally like to have fun) who need a Sunday ride to cool off. The riding position is natural and pleasant. 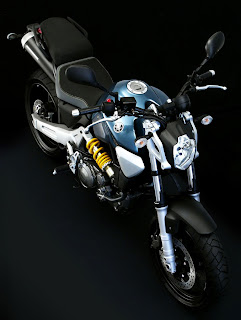 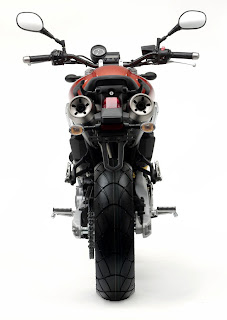 It is a very everyday bike, comfortable, relaxed and very well built with little or no hassles of maintenance, of course you should be able to handle the attention it gets. This bike will also please the more demanding riders because of its striking design, ease of handling and efficiency on the road. The only negatives (if you can term that as negative) is the vibrations felt at high revs, but being a single that is expected. The other point maybe that this being a bike targeted at urban life is not really very practical in terms of storage space as the space provided just might not be adequate for anything else beside the papers and gloves. The pillion position is certainly better than many bikes of similar range but long rides for two would certainly not be encourages. And there is no protection like a windshield neither is there any add on capacities. But then again, who needs a pillion, I like the wind beating at my chest… that’s why I said if you can call them ‘negatives’.
This is a motorcycle which has universal appeal yet a very distinctive personality carrying the genes and heritage of MT. 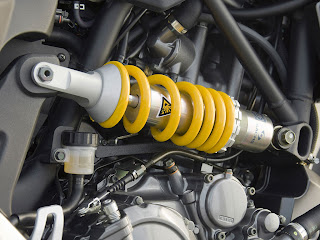 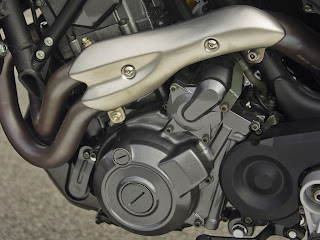