Cuban Harlistas is a short documentary film on the theme of maintaining a Harley in Cuba. You know how it is between the U.S and Cuba, so it is almost next to impossible to import a Harley unless you are the son of a scion or the scion himself. The movie focusses on the passion of the handful of owners of this legendary machine and there is also a website which gives an outlook on the HD scenario in Cuba and there is written that on an estimate around 80 of the 150 HD present in Cuba are in running condition. The first shop was opened by Luis Breto in 1920 and at that time Harley-Davidson was the official motorcycles of the Police but after 1962, things changed and you know the picture how it has been. 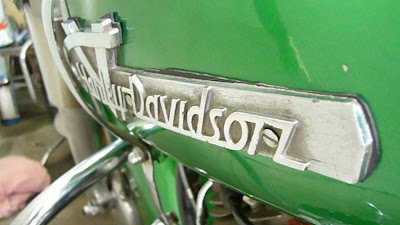 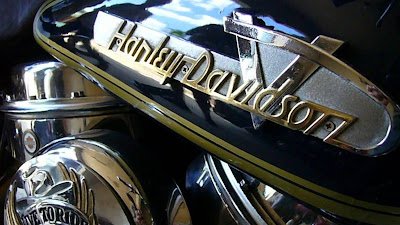 Still lovers of HD were always present in Cuba and we know the beauty of a machine is much much above political relations. José Lorenzo Cortes, better known as ‘Pepe Milesima' is one such HD lover who started restoring old Harley-Davidson and others followed him. After he died, in 1992, Club of Classical Motorcycles in Cuba (MOCHA) was founded to help with spare parts. Now bigger companies have come forward for this cause.
The movie Cuban Harlistas is directed by an Italian gentleman, Guido Giansoldati who had earlier directed commercials, documentaries and also music videos and has won national and international awards. He also made a feature film in Cuba. The above clip and photos are the protagonists of the film which has duration of 50 minutes and as mentioned, it basically explores the passion of HD owners and the difficulty they have endured to drive a Harley to Cuba. Err... no, not all the HD owners of Cuba are women which you might decipher looking at the pics below, but I thought of putting the selected pics since bikes with babes look better, at least at times. :-)
You can visit the Cuban Harlistas website or have a look at Guido Giansoldati's work. There is also a forum on Total Motorcycles which you might like to join to put your words and your thoughts. Source of info: Motoblog Italy. 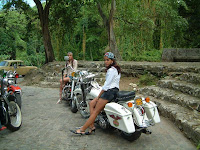 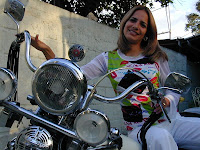 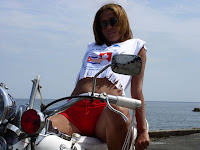 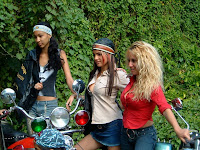 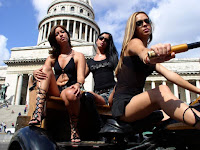 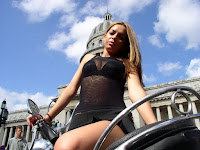