SBKs, Get Ready! The MV AGUSTA F4 is here!

Just recently this month, there was a post on the MV AGUSTA F4 and here it is again. Among the different group of bikers, I belong to the one where the bike is supposed to be metal, naked and raw, the so called ‘Old School’, but for each group of bikers there are bikes which cut across stereotypical mind sets and no matter how much I turn a blind eye to plastics and bikes with fairings, it would be really stupid of me if I even try to ignore bikes from the MV stable, plastic, carbon, fiber or not. And to say that these bikes don’t turn us ‘Old School’ bikers would be lying through teeth.
What you see here is the race version of the F4. You know that the F4 has always been hailed by MV as the world’s best Superbike and now they have launched the latest model of the F4. As the previous model was not able to enter the SBK series for its engine capacity at 1078cc, now the new model comes with 998cc and so SBK World series, say hello to the new demon. The previous F4 was equipped with a four cylinder 1078 cc, developing 190 horsepower and maximum torque figures of 124 Nm @ 8 200 rpm and it weighed 192 pounds dry. Its maximum speed was 300 kmph.
Agreed the F4 debuted 10 years ago and little has changed through these years, but why disturb the pattern that has smitten the world for 10 years without even changing? Ummm! Maybe for the better or that is what MV AGUSTA were thinking when this month they launched the 2010 MV AGUSTA F4. There were teasers, there were videos making the rounds, there were expectations that the F4 would change. But MV gave us the old F4 through a brilliant new F4. Very little has changed, yet it looks so beautiful. According to MV, this improvement on the outgoing model is neither less, nor more, just the ‘improvement of excellence’. All they wanted to do is make the world’s best Superbike and there is hardly anything to argue on that. It has everything a SBK needs, it has all the gizmos, its very light, it is blindingly fast, a super handler and to top all this, it is very beautiful. The new F4 has the same four-cylinder unit albeit with 998 cc and develops little less power with 186 hp @ 12 900 rpm of maximum power and maximum torque of 114 Nm @ 9 500 rpm but the top speed has been marginally increased to 305kmph, thanks to the state of the art weapons it possesses like the traction control and two injection maps, adjustable handlebar and what not. Surprisingly, the dry weight is identical to both versions at 192 pounds. I didn’t get that wrong, it is pounds, not kilos.
The F4 street version which will take you for a ride with its 100 ponies @ 9 200 rpm and a torque of 90 Nm at 5 500 rpm. While the race version has a top speed of 305 kmph, the road version has an equally good knack of top whack at 249kmph. Anyway, this post was just an excuse to gawk at the beauty, so why waste time reading, enjoy the pictures.The pictures come courtesy of Moto Caradisiac and the video is courtesy MV Agusta. 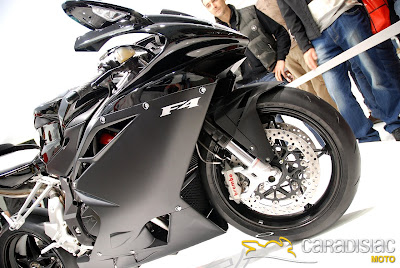 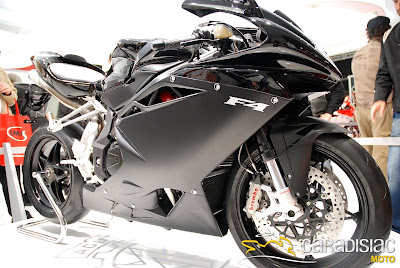 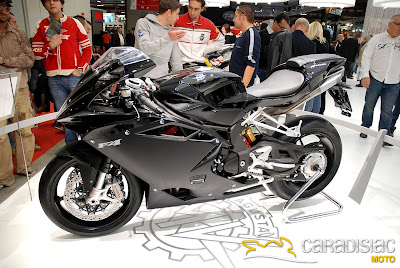 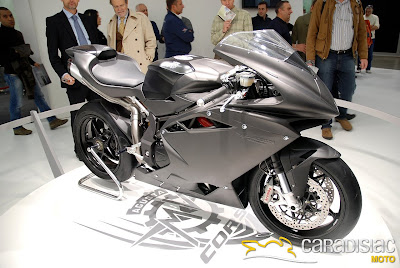 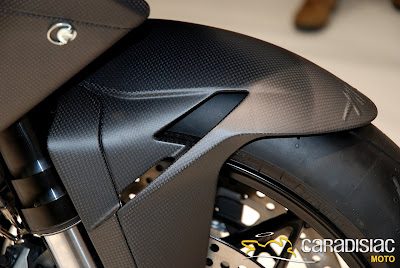 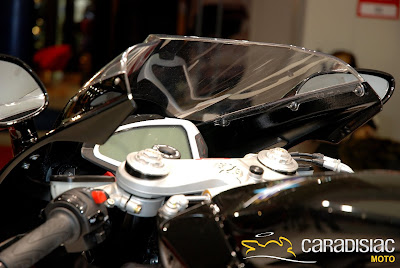 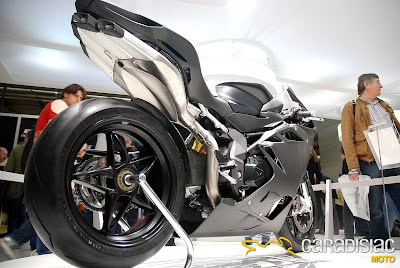 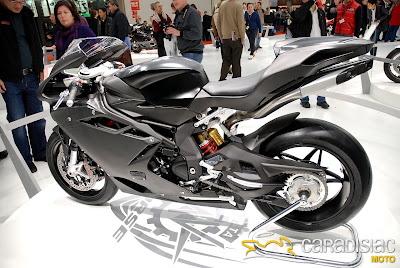 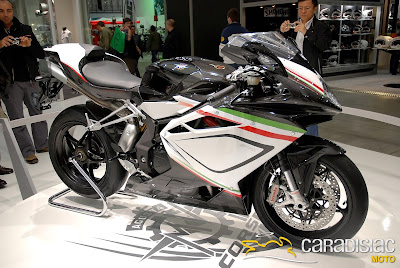 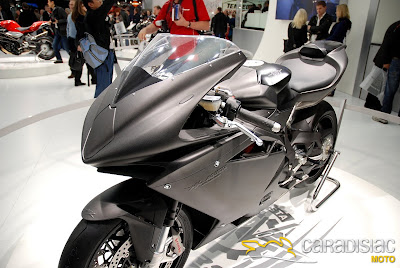 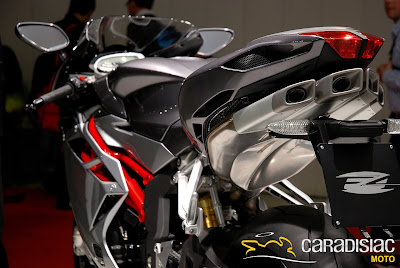 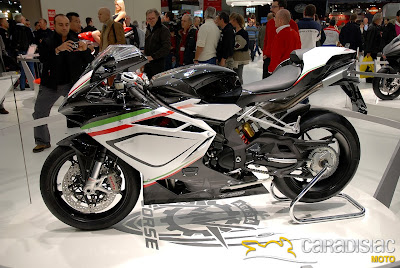 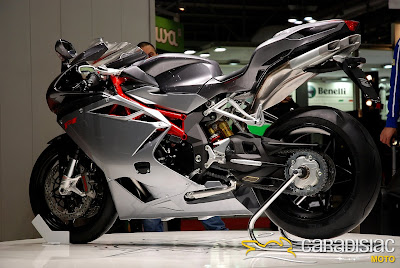 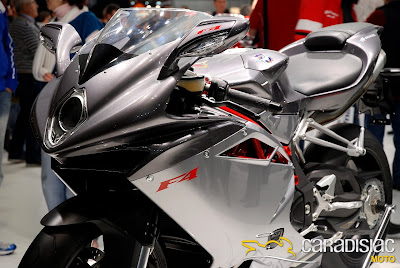