Get introduced to the HYOSUNG Comet 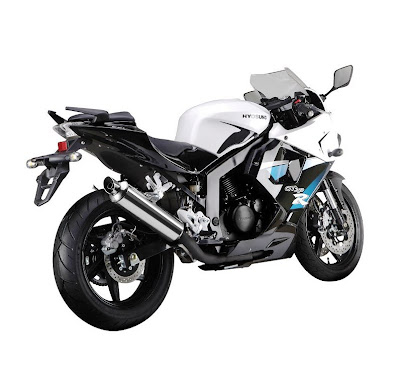 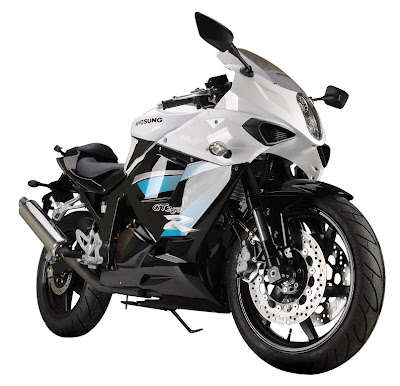 HYOSUNG is a brand which is very serious about its image and its bikes. This South Korean brand takes on their highly regarded neighbours from Japan and to their credit competes very well with them. It is difficult breaking the monopoly of the Japanese brand since they have quite a rich history and heritage associated but just like the Japanese companies, everyone has started taking HYOSUNG seriously. Their products are no nonsense products and are just as good for any other company worth their money. They have a small range of bikes mainly in the sports category and cruiser section and it is the beginner’s section that Hyosung is making an impact with their GT250R. The 250cc sports category has been dominated by the Kawasaki Ninja 250 since the last decade or so and now that title does look shaky with the arrival of the upgraded Hyosung GT250R also known as the Comet in many markets. Having driven the GT250R, maybe it is not similar to the Ninja 250, but I can vouch it is a very capable bike as a beginner’s bike, it is probably better than the Ninja at least to learn the tricks of the trade.When you talk about a beginner’s bike, what are the things that you look out for? Handling need not be razor sharp like a R6, but enough to cut through busy traffic, power just enough to get you up to highway speeds and brakes that can handle even on a two way traffic. All this in a small bike which is easy to maintain and doesn’t cost you every day at the gas station. Well, if this is what you are looking for than the Comet is just the bike for you as it offers a little more now.
Just like the new small Ninja, the GT250 is now equipped with EFI but somehow the model is available only in Australia. Probably because Australia is a big market for Hyosung, but if it is available there, very soon it will be available everywhere. But the Comet has something which the Ninja doesn’t. It has a V-Twin engine to the Ninja’s in-line twin and so the mill is super smooth. Prior to belief, do not draw similarity for South Korea to China as South Korean products are almost equal to Japan (if not more) when it comes to fit and finish and even engine and ergonomics. The other South Korean brand making global waves is Hyundai and Hyosung is getting there. The brand as mentioned is very serious about its image. This is an excellent bike which will bring a smile to experienced riders too if not by outright power, then by the pleasure of driving it. 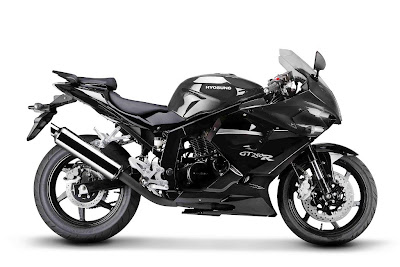 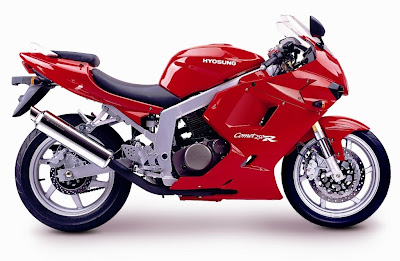 I did find the 28 bhp little less, but little less than what? There is only the Ninja for its comparison which makes 33 bhp and it is an outright sports bike masquerading as a city bike where as the Comet is a true city bike. The 28 bhp will see you click the needle at 130 kmph (speedo indicated) and a little more with open roads and that is quite satisfactory as a beginner’s bike. The new EFI supposedly makes 30 bhp. There are other small bikes from Aprilia and Honda and Suzuki, but while the Aprilias are meant for track racing, the Japs are easier commuting. The Comet makes it s way everywhere. You can use it for everyday commuting, weekend gateways, little bit of racing and never once will you complain about the engine. The engine transmission is pretty smooth with its 5 gears. The clutch has a very light feel which is good for a beginner and for every rider who would use it in the city traffic. The good thing about the bike is that the power output is not outright which even if a beginner suddenly flicks the throttle, s/he won’t be anyway threatenedBut at the same time, power delivery is smooth and linear and will always keep up with any other bikes up to 400cc. The posture is just between sports (legs thrown back) and road (upright seating), but definitely the tilt is towards the road, but still you sit ‘in’ the bike which adds oodles of confidence. The handle bars are wide and comfortable but just so much that you won’t find it a problem maneuvering in tight traffic either. Seating is so spacious that you would forget tit as a small engine bike. The seating is further aided by the three-position adjustable pegs available on the new models. Seat height is at 795mm and the bike has a ground clearance of 175mm. Total weight is at 153 kg (dry) while fuel capacity is 17 litres. According to reports, the new 250R also featuring clip on handlebars and the upright position is somewhat compromised by this, but even the forward bending position is not very stressful.Hyosung has done this probably to give the beginner a feel of things to come in his/ her coming years when s/he graduates to 600+ cc bikes. The V-Twin DOHC 8 valve engine has been designed in Hamamatsu Japan by a design team consisting of engineers who have previously worked in the R&D teams of some of other Japanese motorcycle companies and the engineers have done an excellent job in giving enough low end torque which is again ideal for city riding. In terms of look, the styling is very fresh and appealing. It looks the part and contrary to another belief, it doesn’t come cheap and is at par with the Ninja 250R at $3,699 USD and when you actually get to see it in flesh, you would know that the price is worth it given the high fit and finish. And usually for that price, you won’t expect some features which are usually available in higher capacity bikes like 2 piece spring dampened bevel silent primary drive gears and roller bearing cam shafts. 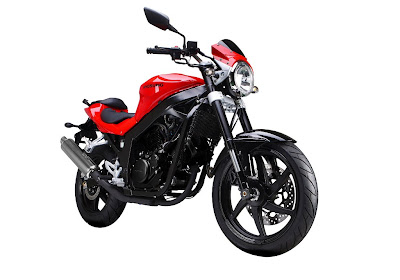 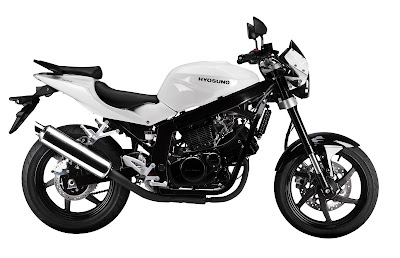 All the ergonomics and accessories and meters are clean and clear. The twin pods are clear with black lettering on a white background which displays the fuel level besides speed and RPM. The new 2010 model (just like the Ninja) has changed the speedometer into digital display while the tachometer is beautifully analog. The mirrors are well positioned too. All the switchgears are top notch. The new Comet also features LED stop/tail-lamp and clear indicator lenses. The naked headlight also looks very good adding to the appeal of the roadster image. In the pictures, the bikes you see with the front fairing are the new 2010 GT250R EFI model that has been launched in Australia. The GT250R EFI features a 2 stage projection beam for greater visibility and VFD (Vacuum Fluorescent Display) that is commonly used in luxury automobiles for the digital displays. The tyres, especially the rear are big for a bike its size (110/70 front, 150/70 rear) and it will happily keep you grounded yet nimble. Ride is helped by the inverted forks up front, which are soft but still very capable. I guess the larger picture is that Hyosung wanted to make a bike which would forgive the rider of the initial mistakes one makes. For example, take the forks, on a bump, the bike forks are such positioned that the rider won’t feel it in his/ her back and at the same time won’t do much damage to the forks either. Suspension is also assisted by the rear mono-link shock absorber. Braking gives a progressive amount of feel by the 300mm disk, clamped down by twin-calipers out front, and the 230mm at the back. Initially I felt the braking could have been better, but then if it was more aggressive, it would have been a problem with newbies, so you see it is really a beginner’s bike. But don’t take it the other way that braking is inadequate as even in tight city traffic, it will bring the bike to an absolute halt from 100kmph within 4 seconds.And Hyosung offers a two years warranty everywhere which means they know their products very well. I don’t know if any Japanese company gives two year warranties on any sub liter bike. This is an excellent beginner’s bike and probably the best available in the market now as per the mentioned criteria above. How it differs from the Ninja by and large is that the Ninja would find favours with experienced riders too and as mentioned even though an experienced rider would find it a good experience on the Comet, s/he would not tag it along for long and of course for the same reason as mentioned, that is lack of outright power. On the flip side you would be happy because it will consume less amount of natural energy at 3.4 L/100 km (83 mpg) in comparison to 4.59 L/100 km from the 250R and to top that this will allow you to go 500 kilometers non stop from its 17-litre fuel tank. So if you are looking for a good or excellent beginner’s bike for your teenage son (of course credited with his lawfully allowable age to ride) for his initial 2 to 3 years of young biking life or you would personally want a no frills attached bike for occasional and even daily commuting, look no further than the Hyosung GT250R, a.k.a. The Comet. 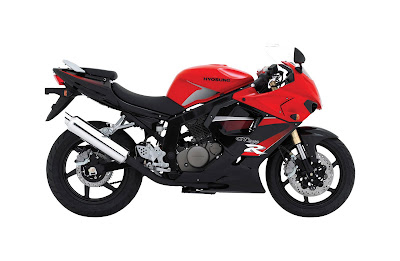 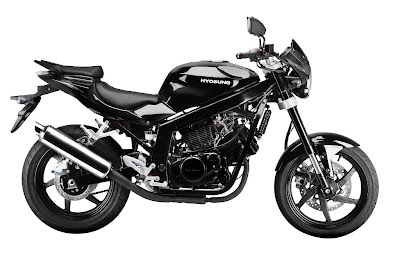