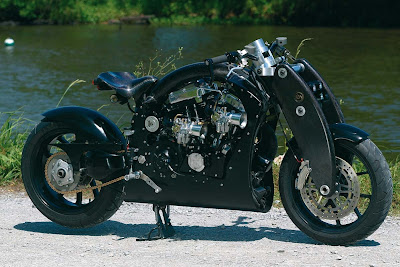 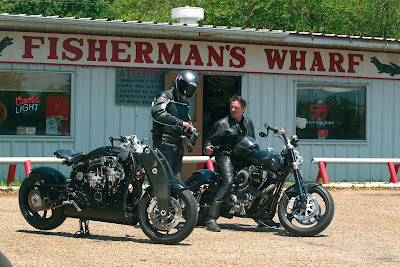 In the mid 30s, you are supposed to get rid of infatuations. I think I have but it is really difficult for me to distinguish between infatuation and obsession. I really don’t know if I am infatuated or obsessed with this bike WRAITH or brand CONFEDERATE ( I guess it has to be the bike) but somehow this brand has 3 products on their line since it’s inception and the blog features around a dozen of posts on the brand and half of them on the Wraith. And all this while I have less than 300 posts. So probably it is a mixture of infatuation and obsession. Infatuation because like a teenager being infatuated my models in magazines, whenever I see it, my heart skips a beat. And obsession because somehow we relate obsession to things we cannot have, at least material things and since one cannot have it, one becomes obsessed. The Wraith is one such bike which I will probably never own, after all when you have a 100 odd bikes and Hollywood biggies and Sportsperson are in queue your chances of owning it are at best like finding peace in the Middle East and that too if you have the dough. So whenever I see a post on the Wraith anywhere I download the images and make a post of it. This time it is getting little difficult to write anything new, after all there has ready has been multiple posts on it glorifying its looks and performance, let us take a different approach to appreciate this beauty.
New Orleans will probably never be Milwaukee and that is probably the way it should stay. The Wraith will never make it to every street and corner around your neighbourhood and so it will always be exclusive and elusive. Umm… the bike comes onlyin the matt black colour so in case even if you have seen two of them, you won’t know. It is one of those good thing – bad thing types. 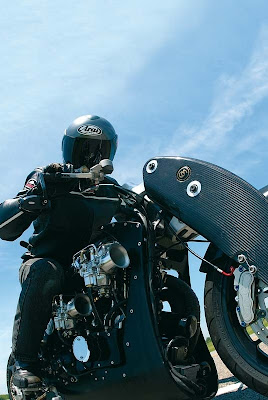 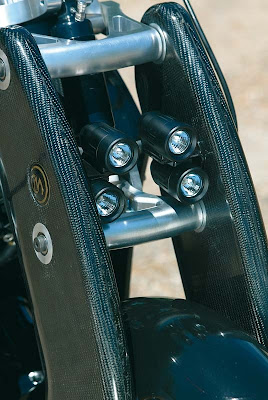 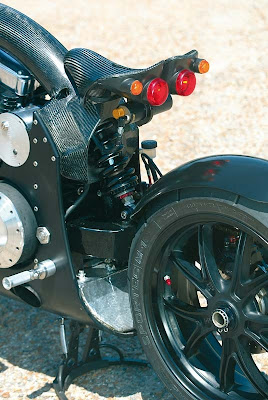 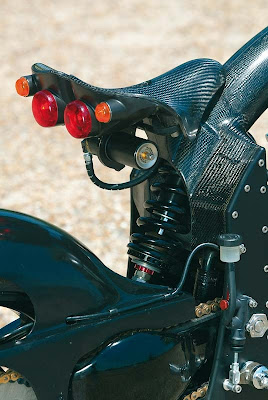 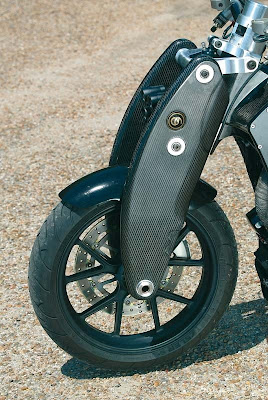 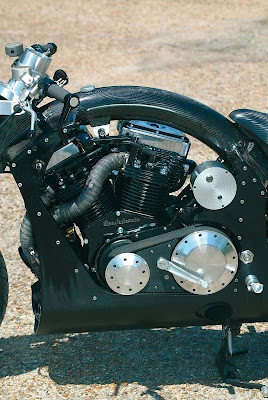 The Wraith is more than a custom bike. This is a hand built bike alright. This is a limited edition bike. Less than 200 people from the 8 billion population of god’s green earth will get to lay his/ her hands on it. So what’s the big deal, you ask. Custom Bikes are just one piece item, there is no other. Right, but we don’t even know how many custom built bikes are there in this world, do we? Hey man, there is a rider with a custom built motorcycle and there goes another. On the Wraith, it is like… OMG! It IS a Wraith! You are getting the difference right? How often do you see a Ducati 1098R or a MV F4CC? Rare, very rare. BUT you see lookalikes of these which are original factory built bikes. These limited edition Ducs and MVs are limited editions of existing models. For the Wraith, this is it! No lookalikes, nothing, no R and no CC versions, just Wraith. It is that exclusive.
Okay, so what is the importance of having a $60,000 bike on road when the world is going through recession and even if there is no recession, why invest in a bike that will give a performance like any of the superbikes? Recession, Superbikes, Performance, Invest… all these are words from different perspectives, words from a businessman, words from a sportbike enthusiast and others, these are all people’s perspective. The Wraith is not here to create a perspective, neither is it here to start any debate. The Wraith is like a myth, it is just there, there is nothing about justification or logic to it. It is beyond all that. It is not even a take-it-or-leave-it thing because most of us cannot even take it even if we have the moolah. No not because you are behind Tom Cruise in the queue, but because if we take it, we have to ride it everyday, look at it everyday, wash it every day because it has that infective character. Anyone who buys it just can’t think of keeping it in the showroom, it has the come-get-some appeal and in abundance so even if you are a millionaire and get buy a couple of these, the first question the Wraith will ask you if you have the time. 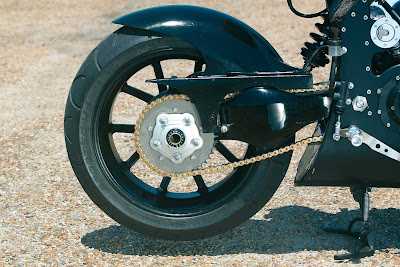 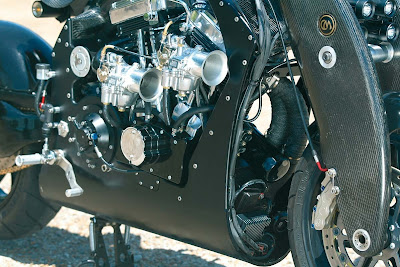 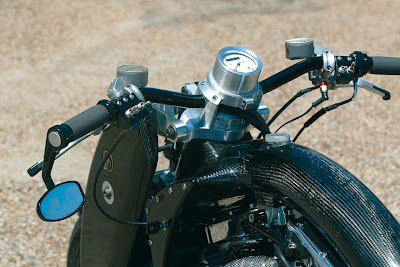 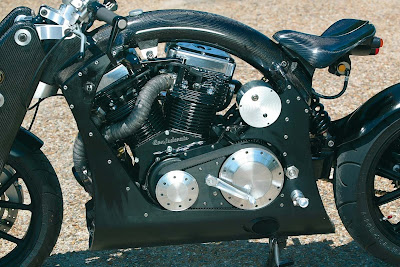 So the Wraith is a roadster, right? I don’t know, it does look like one but when you sit on it, you usually have your arms stretched out although the feet is not completely forward, but yes, the sitting posture somehow is similar to a cruiser. But for its performance figures, one has to be pardoned if the person mistakes it for a street fighter after having a look at its technical specification. So what is the Wraith? In every industry, there are entities which cut across different genres. In motorcycling too, you have bikes which are a mixture of genres like city and sports or tourer and enduro. The Wraith doesn’t try to cut any genre or lay between two genres. Why? Because it has his own genre and it stands alone.
So can we now sum up what Chris try to tell us by the Confederate motto: "The art of rebellion"? I think I am slowly getting it. The designs from Confederate are surely something which we couldn’t have imagined had these bikes not existed. Only when you see it, do you believe that there can be such a bike. But the why-did-no-one-try-it-before thoughts never come to mind because it simply doesn’t. It is difficult to conjure such an image in your mind, even after you see it, close your eyes and think where are the foot pegs or how is the handlebar attached to the frame? You cannot get it right. Why? Because you get mesmerized by the total product, the bike in totality is something to behold. And this is art. And since it doesn’t play with any given bike design perspective, it is an Art of Rebellion. Well, that is what I think, now you guys can sure make up your own story and we get back to a coffee table to start a discussion on the Wraith. Till then, let us just enjoy looking at the 21st century marvel.
Take a look at the Wraith official link and for all the Confederate posts in this blog, click here. 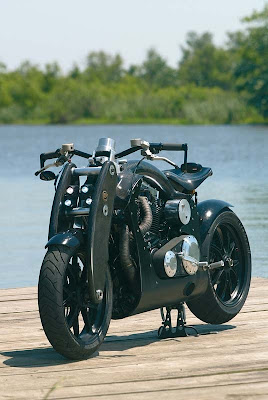 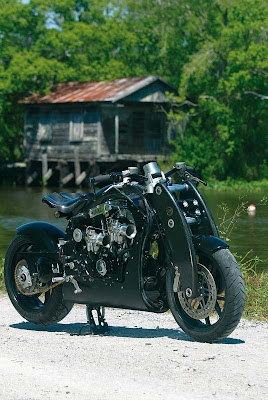 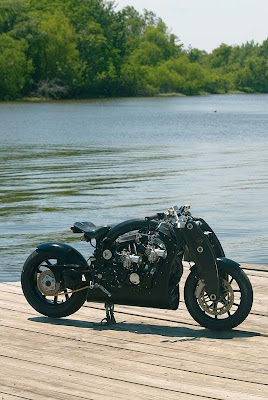 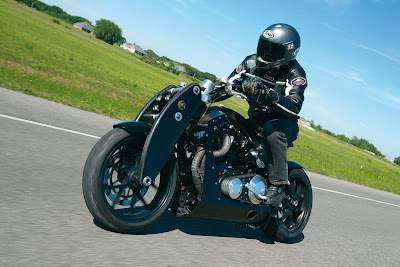 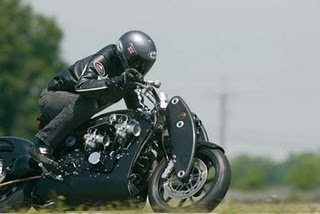