In the News - New bikes from MV and Guzzi 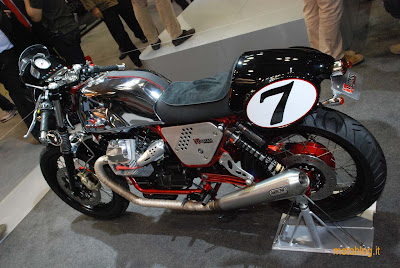 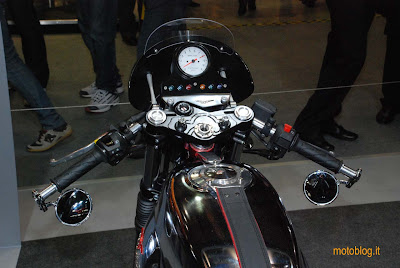 The brand who was almost rulling all the racing circuits some 40 50 years ago, now just seems like a spent force. Of course I am talking about Moto Guzzi. Guzzi still have some very very good looking bikes, all capable of matching their competitors and being Italian is used to high quality besides being looking good. But Guzzi has a rich heritage of racing accolades and it seems to aim at winning a few accolades back. During the last EICMA in Milan, it showcased the V7 Classic and Cafe Racer, very plain looking bikes, very similar to the model of 70s yet very Moto Guzzi, meaning good looking. Well, along with that, they talked about a Clubman Racer V7, a 750cc bike in all Moto Guzzi originality, raw and so very chick. This is a real beauty and in all probability is going to be launched this October. The small bar-end mirrors, instrumentation without racing tachometer, the race number boards and heat wrapped exhaust all looks so delicious. What is not probably a good thing is that the engine will be the same from the V7 which is not really a performance machine although it will have a slight benefit due to the Arrow exhaust system. The V7 based machine will cost around $1500 more than a standard machine as result of some of the modifications and it is siad that the model is being launched due to public demand. Although Guzzi is definitely looking at the racing circuits as of now, the market picture sure does look more rosy with the Clubman.
Source: Motoblog Italy 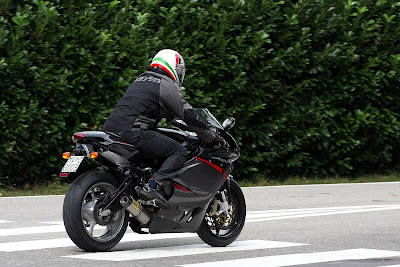 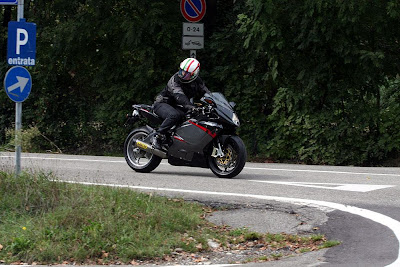 It is a good thing that Claudio Castiglioni has bought back MV Agusta from Harley Davidson. I never understood why MV was bought by HD on the first place since the MV marque is not really into the HD image plus HD was anyway having trouble in selling the Buell bikes. Whatever be the business reason behind it, but these two brands have so strong brand images that they just doesn't gel in the public view. S that noe MV is back to CC, they have let the cat out of the bag by the soon-to-be-launched F3. Claudio Castiglioni has announced his plans for revitalizing the MV marque. HD did good in the short period by launching the new Brutale and F4, but now CC is goping to invest around 40 million USD after aquiring all the rights back to the Castiglioni family. According to sources, MV is planning to launch around 10,000 units annually and the biggest piece of news here is the price. MV Agusta: If sources are to be beleived, the F3 has a list price of 9,000 Euro (11,600 USD). That is a stael for any bike with the MV Agusta sticker.
So what kind of a bike can you expect from the most revered brand in current motorcycling scenario? The F3 ibikw will have a new three-cylinder 675 cc motor 'that will revolutionize the market, as well as our company' according to CC. CThere is also a Sport version lined up which will cost around 2000 Euro more and it seems to be in the direct segment currently hold forth by Triumph's sporting bikes. This seems to be a very good strategy since this will make the MV more affordable maintaining the same high class which MV is famous for and which means it is certainly looking for more in number of unit sales. What now you can expect is an entry level bike from MV with smashing goods looks a bit more common on the streets. But critics are also suspecting this will diminish the exclusivity value associated with MV. But then again, with the shadow of economic crisis always looming large now-a-days, MV had to take this step.
Source: Motos Blog France