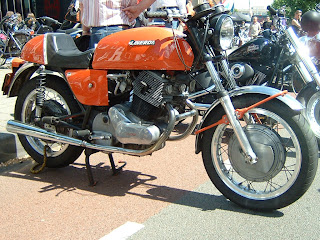 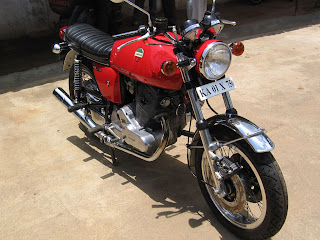 Among the many successful launches by LAVERDA, the 750 SF stands out as a landmark bike for LAVERDA. The 750 marked the company in the international market and after the launch of the first Laverda triple, the 3C, sales throughout the 1970's exceeded 500 per year and then came the LAVERDA legend, the JOTA. The Jota became the fastest production bike in the world.
Laverda then went to produce Montjuic, Mirage, Alpino S and Formula Mirage which were sold worldwide. 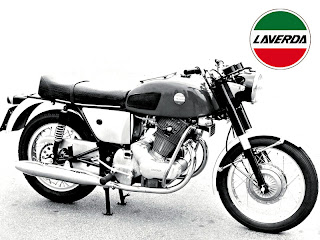 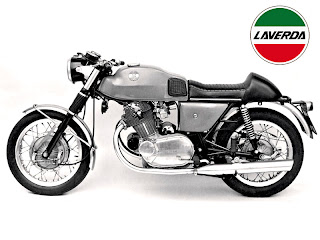 The 750 SF came in 1971, followed by the SF1, SF2 & SF3 in 73, 74 & 76 respectively. It is every bit a True Blue Cafe Racer, every bit of the air cooled twin engine, single seat with the hub, low handle bars, if there was ever one Cafe Racer, this was it. And it was this 750 which made its mark dominated by heavyweights like Moto Guzzi, Gilera, Moto Morini, MV and Benelli. 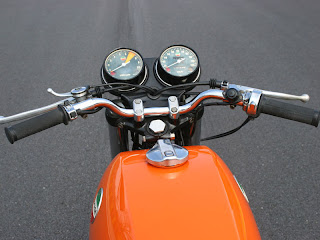 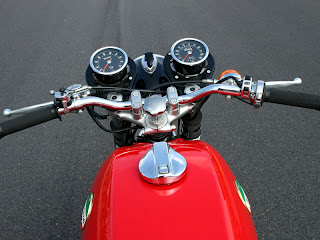 Massimo Laverda, elder son of Pietro Laverda, founder, had actually studied the Honda bicylindrical Hawk 305 to create the 750, but in no way has he copied any bit of the Honda.
Laverda has been winning a lot of Endurance races in the late 60s with the SFC model which was also basically a take over from the 750GT model.
Such was the craze of the 750, they could hardly keep up with customer demand at first, but by 1972 the competition was a lot hotter and it came with four cylinders. So for 1973 Laverda's 750 twin got the boost it needed, in the shape of the SF1 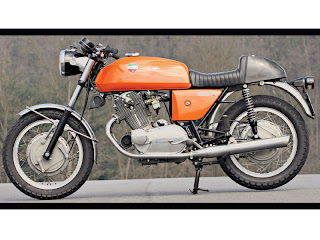 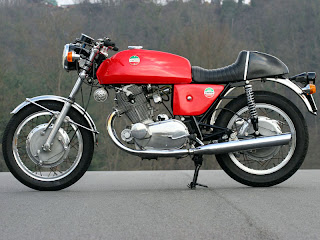 Then in 1974 came the SF2, Laverda doubled up on the front brake discs and replaced the rear drum with a single disc.
The SFs achieved their final form in the shape of the SF3 which arrived in 1976. The most obvious change was to the wheels which lost their wire spokes in favour of cast aluminium ones, although they remained suited to tubed tyres only. A lockable, hinged dual seat with a duck-tail box behind finished the revisions.
The SF series can be best described as long-legged. It starts to get in its stride at 80mph, can easily cruise at ton-plus speeds in a way that none of the other twins of the era can match. Beyond 110mph, many critics have mentioned the vibes from the OHC twin mill and the difficulty in town riding. It was not meant for town as the heavy steering, tall gearing and the riding position combined were what one exactly looked for a True Blue Cafe Racer. 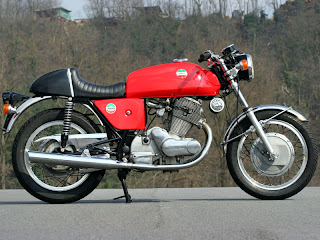 Specifications of the SF1

The JOTA will be shortly covered in the blog.