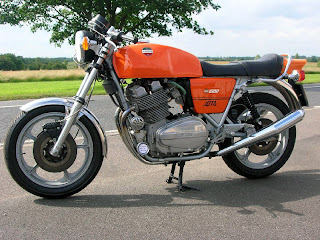 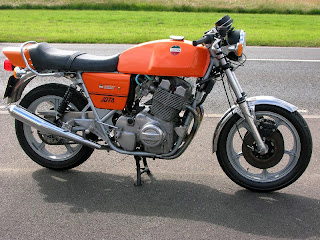 Roger Slater had initially built the LAVERDA Jota concieving it as a UK-only model based around the Laverda 3C. LAVERDA were known to build big and fast bikes and the Jota was considered by many to be the 'World's First Superbike'.
The Laverda Jota was, for a brief but golden spell in the late 70s, the most powerful and fastest production motorcycle that money could buy. It was rare, expensive, exotic and drop-dead gorgeous. Beside being fast, it also handled well thanks to Marzocchi suspension and Brembo brakes. 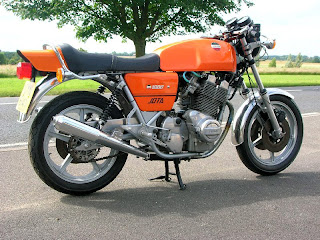 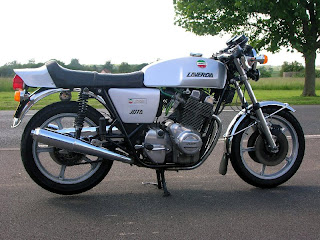 The bike had higher compression pistons, beefier cams and less restrictive (read ‘loud’) exhausts, It exceeded speed of over 140 mph.
The first motor has bore for race 75x74 milimeter and the compression ratio was 9:1, the gears were increased to straight teeth and frontal grafts 5 speed, ignition was electronic Bosch with increased pick-up. The plan of the new three cylinders met initially with some difficulty. The motor had to resume the bicylindrical one aesthetically, with the cooling fins a lot drawn near, but they gave rise of the initial problems. The positioning of the cranks with those lateral ones were pushed to 360° and that one in center to 180°. In this way the vibrations are reduced and that made the drainage of Laverda 1000 as a first exemplary with the exhausts draining of 3 in 1. But the whims of the ignition cost Laverda a series of callbacks from the initial customers. 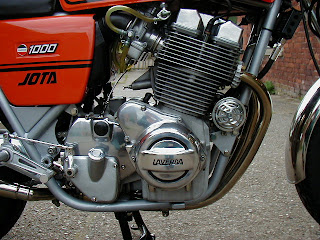 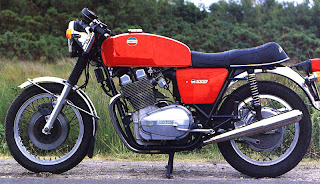 The bike remained more or less unchanged until 1979 when, in anticipation of new European noise legislation, the factory changed both main bearing and cylinder head specifications, leading to a rash of mechanical failures which blighted the 1979 season bikes. Sorted for 1980, and gaining better electrics and a hydraulic clutch, the bike was beginning to show its age against the new generation of DOHC Japanese superbikes in both power and feel, the raw delivery of the big triple feeling rough against the smoother oriental fours. For the 1982 season Laverda redesigned the crankshaft for a 120-degree firing angle, changed from the original 180-degree set-up. The 120 Jotas were much smoother and more civilised, but many owners feel the original 180 motor with its raw, brutal power delivery was closer to the spirit of the real thing. Laverda also came out with a bigger specification later with the 1200 cc (pic below) with improved ergonomics. 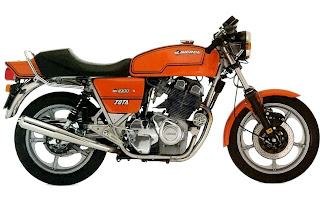 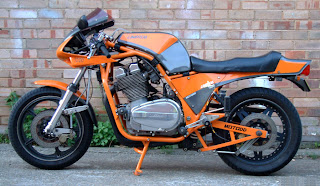