The GOD of Motorcycles - III (The Resurrection) 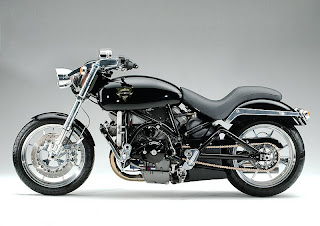 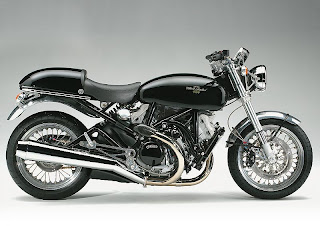 Recreating a legend is no easy task and its even much easier to write that than thinking about it and actually recreating it. But what about if the legend is the first among equals? Well, beside the point that its next to impossible, the other drawback is that will it ever live up to its reputation or just be a sorry figure and the world laughing at it.
Bernard Li has a dream to recreate a legend, a legend which is so held high in esteem in the pantheon that people would call you a fool rather than a dreamer. Bernard Li's dream is to recreate the VINCENT BLACK LIGHTNING! 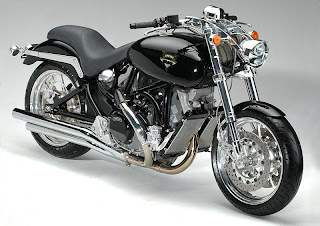 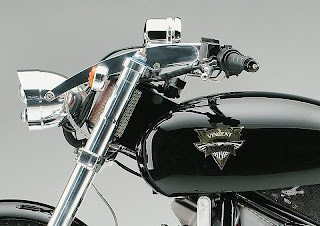 The BLACK EAGLE Tourer
Mr. Li is a businessman from San Diego California who sold his business of car care products to Valvoline in 1998 and started materializing his dream from 2001. So far, he has lived his dream. I mean what else can one say looking at these recreated Vincents. They are the most outstanding piece of art ever done to any 2 wheeler past or present.
Inside the beautiful machine lies the heart of championship-winning HONDA RC51 V-Twin engine. Critics started saying how can you have a Vincent if the heart belongs to Honda. But come to think about it, the RC51 is no Vincent, but its one of the best machines ever to come out from any motorcycle factory around the world. Also its a HONDA. Mr. Li could have just taken the RC51 heart and got it into his own crafted motorcycle body to make another Custom Bike and he would have got the applauds, but such is his love for Vincent, that he wanted nothing else, but the Vincent legend to carry forward. 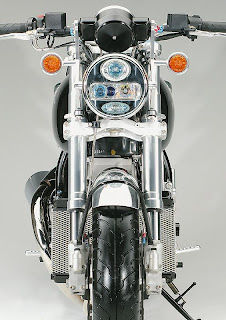 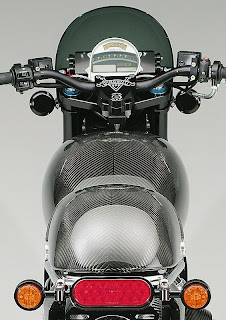 Anyway, production was to be started in 2004, but due to legal hassles, now in 2008, his project is yet to get on the road. He acquired the Vincent trademarks in 1994 and formally launched Vincent Motors USA in 1998.
Like other restorers, he did think of updating original Vincents and also worked on it to make the first prototype. Completed in February 2002, the Phase I prototype featured a 1200cc version of the original 1000cc, 50-degree Vincent V-Twin, along with contemporary suspension and brakes. 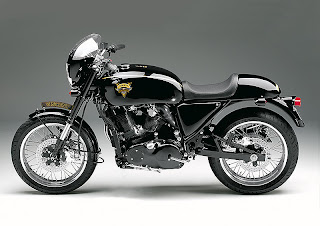 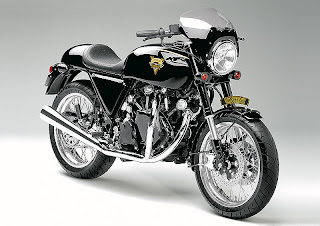 The Phase I Prototype with the Original Vincent engine 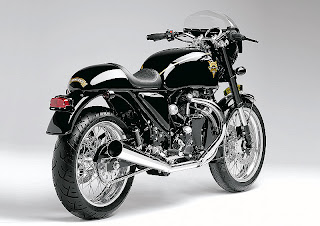 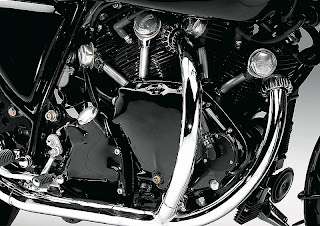 The only thing that bothered Mr. Li was that after half a century the original Vincents could not match up to todays bike in terms of performance and Mr. Li wanted to promote Vincent for what Vincent stood for... Speed & Performance. And also there would have been issues for emission norms. Maybe Mr. Li could have designed a completely new engine with the same background of the legend, but then, developing a new engine from scratch is a huge investment. So Mr. Li had a sort of a coup in coaxing HONDA to sell their RC51 engine, which even Bimota was not able to convince HONDA. Click here to see how the Legend evolved into the present stage through the prototypes. 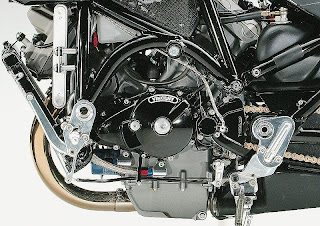 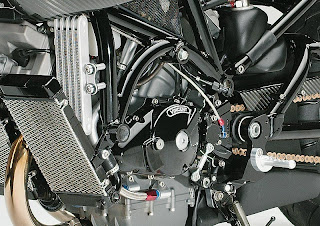 Now for the new design... James Parker is an innovator at par with Eric Buell. Best known for the innovative design of single front swingarm, he was part of the team who had designed the concept HD VR 1000 Superbike. Mr. Li concinced him to join his team and briefed that while he wants a new Vincent, he wanted to retain as many features of the original as possible.
Mr. Parker started with a triangulated monoshock rear suspension (similar to the cantilever), fluid-containing frame and the using the engine as a stressed member, just like the original. An aluminum frame (again like the original Black Lightning), with bent round tubes huggers created the swingarm. The team of Parker has taken the styling cues from the predecessor and of course it retains the sweet devilish look of the original. Even the headlights are kept round to maintain the tradition, albeit with a multiprojector beam and LED illumination for the taillight and turn signals. Probably the one aspect where Mr. Li could have retained was the air cooled engine as this liquid cooled engine with the two RC51 radiators sitting behind the front wheel just doesn't look as good as the air cooled one. 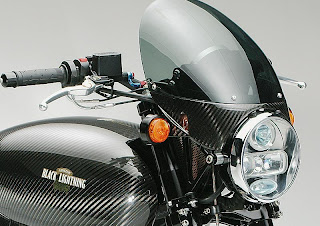 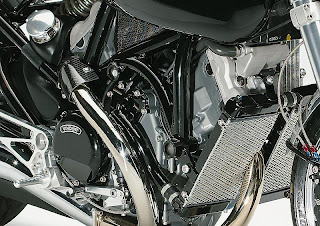 The LIGHTNING S Sports & The BLACK SHADOW Standard
VMUSA has four models in its offereing, BLACK SHADOW which is the Standard type, BLACK LIGHTNING S which is the Sports type, BLACK LIGHTNING ST which is for Touring and BLACK EAGLE which is the Cruiser version. All the bikes have similar engines and basic body features like a large tubular, monocoque, single shock chassis, developing up to 130 horsepower with 90° liquid cooled V-twin, inverted forks, forged calipers, tubeless spoke forged alloy wheels, carbon fiber bodywork and of course exquisite craftsmanship.
Visit the official VINCENT MOTORS website for loads of high class photos and information. There is also a CONFIGURATOR weblink where you can design your own VINCENT.
With prices starting at the $20,000 mark, the new Vincent seems like a relative bargain compared to the auctioned legends. 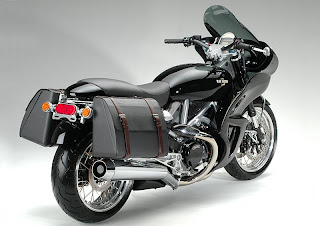 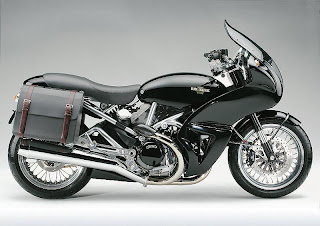