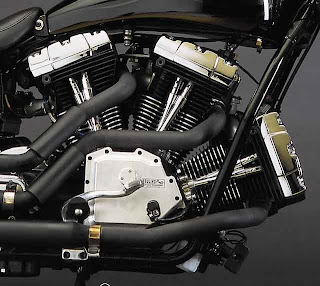 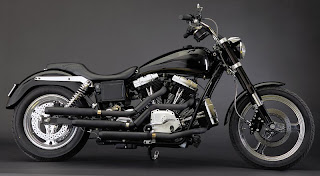 I was first introduced to this one-of-a-kind man after his death in 2002 by AUTOCAR India magazine. I do have the copy where his Red W3 shone in all angles. But searching the net, all I got was the link on Motor Cycle Cruiser and all the photos were from the same link. Maybe I will scan the photos I have and post it. Anyway, James J. Feuling is one-of-a-kind man because for him, power was never enough. People will keep boring, make performance enhanced exhausts, add extra tweaks to add more power and than Jim would add a third engine... Yes!

Jim Feuling is dead although his company, Feuling R & D is still working in California. The thing is that his creation is actually no rocket science. He just added a third engine to a V-Twin making it a 'W', just like you have in-line twins, triples and fours. But then again Jim wouldn't have been so happy, would he with just 33% increase in power? He wanted to increase the V-Twin power by 50%. So then, its not that simple. Anyway, initial talks with HD fizzled out and he went to make this prototype on his own. 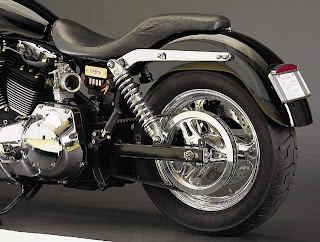 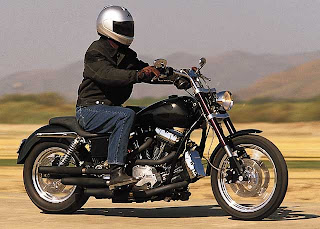 Feuling holds more than 100 patents in the automotive industry, with R&D contracts with companies such as Cheverolet, Oldsmobile, Ford, Chrysler, Nissan, John Deere, and Harley-Davidson and he also his share of legal issues more famously the one with Daimler-Chrylser for infringing on his patents, for essentially a three valves per cylinder internal combustion head, which were licensed to Ford Motor Co., Mazda, Jaguar, Aston Martin, and Volvo. Read it here.

The machine displayed on these photos have a 2458cc 'W3' engine with bore & stroke of 4.0 inches by 4.0 inches. A central, master connecting rod with two slave rods, one on each side of the central rod, direct the 4.0-inch slugs through the cylinders. Now coming into the complicated parts, Feuling made several innovations into this creation. "Feuling-designed cams operate pushrods for the two-valve patented "Max Flow" heads and valves to speed the combustibles into and out of the arena. Staggered triple AR (Anti-Reversionary) exhausts minimize the backwards flowing pulses that disrupt the movement of gasses out of the cylinder. Three Feuling-designed CVX mufflers allow maximum flow through while keeping the noise and backpressure to a minimum." (Source - Motor Cycle Cruiser). The bike delivers a very healthy 150 bhp @ 5000 rpm and a staggering 195 foot-pounds of torque @ 3000 rpm!!! 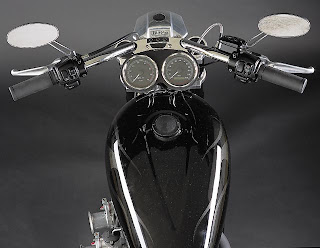 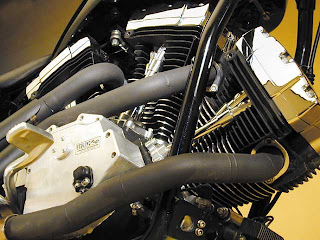 Reports say that the exhaust note is more in line of Ducati due to the total 90 degree angle and the engine is supposed to be very smooth with the W3 working well in the lower rpm also. Whether the prototype actually becomes a customized bike is not known as Jim passed away in 2002 owing to cancer, but the company does have it in their list of products.
SPECIFICATIONS
Price: $20,000 approx.
Engine: Air-cooled, 3 cylinder 45 degree x 45 degree, OHV, 2458 cc
Bore x stroke: 4.0 in. x 4.0 in.
Carburetion: 3, 40mm Dellorto flat-slide
Transmission: Jim's 5 speed
Chassis: Modified Harely-Davidson Dyna
Front & Rear suspension: Storz Ceriani & Progressive Suspension dampers, adjustible for preload and rebound damping
Wheels: Performance Machine Trespasser aluminum, 19-inch front, 16-inch rear