The Origins of the KAWASAKI "W" 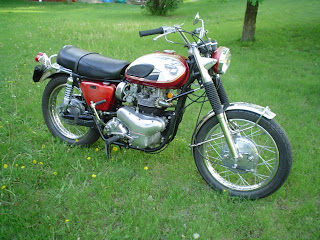 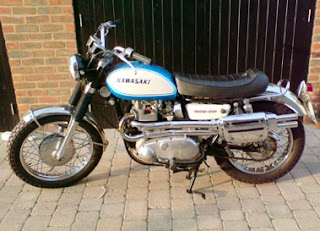 The Kawasaki W650 is something of a enigma. You see, it recreates the 60s magic style but... now even Honda and Triumph is doing the same with their new launches but... the Kwacker is a kind of replica looks wise... but Honda and Triumph... anyway...
The thing is that the W650 is more british than the present british classic bikes are. they have copied the looks to a T where as they have made subtle changes to the engine while retaining lots of old value like the air cooled in-line twin engine and even the kick start, but the changes are that they have added a electric start for ease of the rider. So whatever changes have been made from the 60s classic engine are only to ease the biker. So if you are thinking what is the difference with the Triumph Bonnieville which is a full blown 60s bike reincarnated in present era, then read this article on Motor Cyclist On-Line 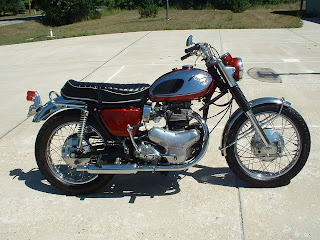 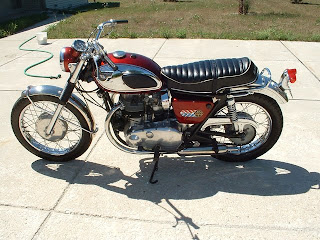 But where did the W650 get birth? I mean what is the genetic heritage?
Surprisingly the W650 which was introduced in 1999 and going strong after 10 years has its roots in an ancestor which was in production for only 2 years. It was the Kawasaki W2TT Commander. It was produced between 1968 to 1969 and when launched in 1868, it had the following advertisement - “The ultimate in motorcycles — speed, style, comfort, handling and safety for the sports rider. Instant power every time you crack open the throttle. Hour after hour of high speed riding without engine strain. This is a real high speed touring motorcycle.”
The 639 cc twin engine bike was a step to beat the British in their own game. By the late 60s, the Jap Fab 4 has already started making dents to the rich British Motorcycling heritage with easy maintainable but fast and ferocious bikes. Kawasaki pulled one up by introducing a bike where the styling was esentially British. This was the W2 TT. It looked like a classical Brit bike and it had the pushrod vertical twin. Although Kawsaki was in infancy during that period, its parent company, the Meihatsu-Meguro alliance had already produced the Meguro K1 in the early 60s, a replica of BSA A7 500 cc bike. After Kawasali established itself in the mid 60s, it made a few modifications to the Meguro and realesed the 500 cc twin with increased capacity upto 624 cc naming it K2. Then came the W1 which was also actually an updated version of the K2 and in 1968, the twin carb W2 was released which was Kawasaki's best known model then. 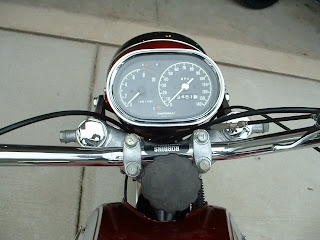 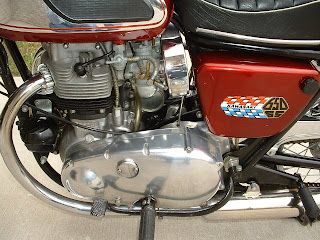 The short-stroke Kawasaki’s claimed peak output of 53bhp at 7,000rpm was identical to that of its original predecessor BSA’s sporty A65 Lightning. But unlike British rivals that had adopted unit construction of engine and gearbox, the W2 relied on the old-fashioned arrangement of a separate, four-speed box behind the engine.The W2TT Commander was basically the W2SS roadster of 1967 fitted with a high-level, twin-pipe exhaust system on the left side. But what actually went wrong was that the W1 was targetted in the upcoming US market. Now the W1 alone accounted for 10% of all motorcycle sales in Japan, but the U.S believed that the big K was still in infancy and they were already relying and got accustomed to the Brit motorcycles, so U.S didn't actually lap up the W1 as Kawasaki had predicted. The other point being it was just a replica and offered nothing new say like the CB750. SO Kawasaki then bought the W1SS (SS standing for Street Scrambler with an increase in power by introducing twin carburettors and was followed by a further refinement with the introduction of the W2TT Commander featuring a high level exhaust and independently mounted instruments. The W series were good, no doubt with good performance and styling, but despite all that, the twins never made the breakthrough in the American market that was expected of them and Kawasaki seem to have lost interest in them. It was actually a good thing for the biking world, because what Kawasaki did next was/ is history now of course by releasing the two stroke twins and triples, the Machs and the hallowed Z900, which succeeded in establishing their 'powerful' presence. On the other hand, now, the W series has become a collector's item and this rare bike demands a high price in the auction market now.
Specifications
Engine - 624cc, air cooled, pushrod, two valve, vertical twin
Bore x stroke & Compression ratio: 74 x 72.6mm & 9:1
Carburetion & Transmission: Two 28mm Mikunis &Four-speed
Power - 53 bhp @ 7000 rpm
Top speed: 175 kmph (110mph)
Weight (dry) & Frame: 181kg (398.2lb) & Tubular steel cradle
Front & Rear suspension: Telescopic, no adjustment & Twin shock absorbers, adjustable
Front & Rear brake: 200mm (8in) drum, single-leading shoe (both)
Front & Rear tire : 90/90 x 19in (both stock)Wheelbase: 1,415mm (56.6in)
Some photos courtesy - Michael's Motorcycle