In The News - New Bikes from Enfield & Yamaha 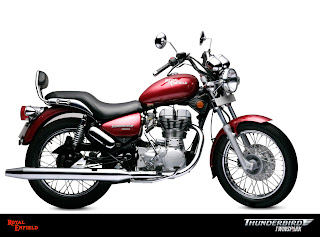 REML (Royal Enfield Motorcycles Limited) has launched the Twin Spark Thunderbird (350cc) in the Indian market recently. The main feature actually is the integrated engine (unit construction) from the previous engine which had a seperate gear box. The main features are improved power at 20Bhp, improved torque at 28Nm and supposedly improved mileage. Performance figures will ofcourse improve. Cosmetic changes include a new seat beside the engine that is and the bar holding the rear mudguard is gone. Reports say the 'thump' is somewhat missing, but the good news is that there are no more leaks although false nuetrals still is an issue. Priced at app. Rs. 1,00,000/- (~$2500), REML is also planning to release the 500cc Fuel injected bike in India. For details, visit the REML Official Twinspark Thunderbird Website. 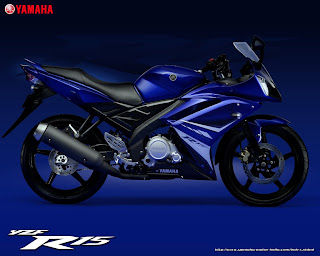 Yamaha Motorcycles India has launched the YZF-R15 motorcycle in India. Its a 150cc single cylinder engine carrying a lot of DNA from the YZF series and continues with the feature of 'R' series like the Delta frame, liquid cooled fuel injected engine and also looks very similar to the 'R' series. The engine has a power output of 17 bhp and 15 Nm of torque and the small engine has all the whistles of the big brothers like rear monoshock, disc brake at the rear, twin headlamps, etc. Priced close to Rs.1,00,000 (~$2500), it is expected to compete with the 200-225 cc bikes in terms of performance and handling.
For details visit the YZF-R15 official website. Also there is a special interactive website dedicated to the R15. 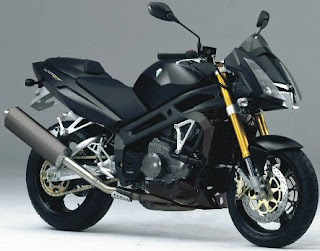 In International news, MZ, the only motorcycle company from Germany beside BMW is closing down by December 31st 2008. One of the oldest motorcycle manufacturers in the world, it is closing down because their Malaysian backers, Hong Leong has only produced financial losses since they have taken over in 1996.
Founded by Jørgen Skafte Rasmussen of Denmark in 1906, get a load of their history in Wiki. Its popular models include the Mastiff and the new 1000SF among others. Visit the official MZ website for pictures amnd more information of the brand.